Spread throughout Africa, Asia, Latin America and the Middle East, the countries represent the boundary between regions that have already eliminated the disease and areas that are still struggling to control it. 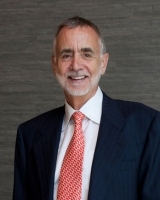 With effective interventions, adequate financing, and political commitment, these countries could interrupt malaria transmission and eliminate the disease within five to 10 years, according to Sir Richard Feachem, KBE, FREng, DSc(Med), PhD, who directs the UCSF Global Health Group, which is part of UCSF Global Health Sciences. This would enable the global malaria community to focus its resources on a core group of tropical countries where it will take longer to eliminate the disease.

“Ninety-three countries have eliminated malaria since 1900, and we have recently seen unprecedented momentum in the 100 countries with remaining transmission,” Feachem said. “We and our partners across the globe will do everything possible to continue this remarkable progress towards global eradication. Our priority is to ensure that the 34 eliminating countries have the resources, policies, and tools to free themselves from malaria.”

In 2007, Bill and Melinda Gates issued a call to arms to eradicate malaria from the world, a goal that had been controversial since the perceived failure of the last effort, launched in the 1950s by the World Health Organization.

That campaign drove down malaria infections and deaths precipitously. But in countries where the intrinsic potential for infection remained high—because of mosquito-friendly conditions, poor health care and inadequate resources—infections and deaths went back up as soon as public health authorities let up on their elimination efforts.

The new project includes political, financial, scientific and operational research components. These include urging world leaders to embrace malaria elimination as a priority and back that with funding for anti-malaria campaigns; developing new tools to detect infections and respond to them effectively; and discovering better ways of tracking the disease, so experts will know where the remaining problem areas are and when it has truly been eliminated.

The UCSF Global Health Group’s Malaria Elimination Initiative will conduct critical research on community-based strategies to identify and clear the last remaining malaria parasites in areas close to elimination. An important goal is to determine the risk factors that are associated with malaria transmission, and to explore effective interventions for these high-risk groups. This includes finding the right combination of anti-malaria drugs to administer at the population level. This may involve Artemisinin Combination Therapies (ACTs), which are considered today’s most effective drug for preventing morbidity and mortality, used in combination with Primaquine and other drugs that eliminate forms of the malaria parasite that may not cause ill health, but do cause continuing transmission

“One of the major threats to malaria elimination is that people can be infected with parasites and pass on the disease, but not be sick enough to seek treatment,” said Roly Gosling, MD, PhD, lead of the Malaria Elimination Initiative. “With this new grant, we will launch a series of innovative studies with eliminating countries in Africa and Asia Pacific that will find ways of detecting and treating people with asymptomatic malaria.”

Worldwide, an estimated 3.3 million lives have been saved since 2000 through stepped up malaria control and elimination efforts, according to a WHO report released Wednesday, and mortality rates have been cut almost in half.

Last year, an estimated 207 million people got sick from malaria, which is caused by parasites that are transmitted from person to person by mosquitoes, and 627,000 of them died, mostly children under five in sub-Saharan Africa.

Adults who live in highly endemic areas can develop immunity, after surviving repeated childhood infections. But they can lose it after just a few years of living in malaria-free areas. Both travelers and adult migrants who have lost their immunity are susceptible to becoming fatally ill, if they are bitten by malaria-carrying mosquitoes.

The Global Health Group is an ‘action tank’ dedicated to translating new approaches into large-scale action to improve the lives of millions of people. The Group’s Malaria Elimination Initiative provides research and advocacy support to countries moving towards an evidence-based path to malaria elimination.

Note to Editors: Elimination and Eradication

The words elimination and eradication are often confused and used incorrectly.  Elimination refers to the ending of malaria transmission within a country. Thus, the United States eliminated malaria in 1952, Turkmenistan eliminated malaria in 2010, and China and Swaziland (along with 32 other countries) are working on eliminating malaria now.  The word eradication refers to the complete removal of the malaria parasite from the human species. In other words, no more malaria anywhere in humans. Elimination, country by country, is a step down the road towards eventual global malaria eradication, which may be achieved in around 2050 or 2060.