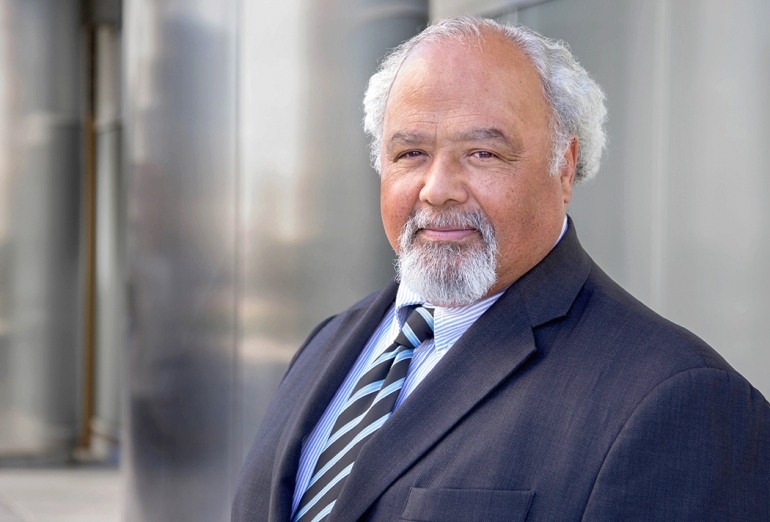 When Eric Goosby, MD, arrived in Washington D.C. to lead the Obama administration’s global effort on AIDS in 2009, the world economy was in free fall. Foreign aid budgets were contracting, and many feared the President’s Emergency Plan for AIDS Relief (PEPFAR), begun by President George W. Bush in 2003, might lose the fight against a disease that had already wiped out a generation in Africa.

This exhibition from the National Library of Medicine utilizes a variety of historic photographs, pamphlets, and publications to illustrate how a group of people responded, or failed to respond, to HIV/AIDS. The title Surviving and Thriving comes from a book written in 1987 by and for people with AIDS that insisted people could live with AIDS, not just die from it.

"Getting to Zero in San Francisco: How Close are We?"
Monday, Dec. 2
6:30 to 8:30 p.m.
The San Francisco LGBT Community Center
Admission is free; Click here to RSVP

Get the latest news on San Francisco's progress against HIV/AIDS and innovative programs to get us closer to zero new HIV infections from experts from UCSF, the San Francisco AIDS Foundation, Project Inform, SFGH and community members in an informative, interactive town hall forum.

Join Eric Goosby, MD, former U.S. Global AIDS Coordinator, for an online chat about his work with the White House to address HIV around the world, including the implementation of PEPFAR.

Four years later, despite funding cuts, the number of HIV-positive people that PEPFAR has put on life-saving antiretroviral therapy has grown five-fold – to 6.5 million. Since treatment stops transmission of HIV, many now speak hopefully about containing the spread of AIDS.

This month, Goosby returns to UC San Francisco, where he earned his medical degree and completed his residency. He's intent on applying the lessons he learned as head of the largest public health endeavor in history – with $48 billion invested over 10 years – as resources began to shrink.

At UCSF’s Global Health Sciences, Goosby will lead a new center on implementation sciences, a hot, new field in public health and an emerging specialty at UCSF. It examines the practicalities of running public health programs, applying business-world efficiencies to improve them.

Goosby also will return to Ward 86, the AIDS unit at the UCSF-affiliated San Francisco General Hospital and Trauma Center where he worked in the early days of the epidemic, when everyone died for lack of effective treatment.

“We are thrilled that Eric is coming back to UCSF and joining Global Health Sciences,” said Jaime Sepulveda, executive director of UCSF Global Health Sciences. “Eric’s experience at the highest levels of international and domestic HIV/AIDS policy and implementation, and his early career as a doctor on the AIDS ward at UCSF, give him unique insights on what works, from both a local and global perspective.”

In the following Q&A, Goosby speaks about the challenges he faced as U.S. Global AIDS Coordinator and about what lies ahead in a world where 35 million people – nearly the population of California – are infected with HIV.

Q:  At PEPFAR, you came in with a plan that we should be handing back the authority of these programs to the home countries.

It was a completely unsustainable system of care, although excellent in its delivery. We had academic medical centers, largely, or multi-national NGO’s with academic medical center partners set up delivery systems that sometimes used the bricks and mortar of a public system, but often set up their own clinics, a new storefront. You’d go into a building and set up a new clinic. And PEPFAR paid for it.

When I came in, it had been four to five years of that. It wasn’t inappropriate, in that they were trying to stop the death and dying quickly. At that time, you’d go to any hospital in southern Africa and there would be literally three to four people in the same bed with opportunistic infections dying from HIV, and 95 percent of them would die on that admission.

Eric Goosby during a visit to Uganda in 2009. Courtesy of the U.S. Embassy in Kampala, Uganda

Q:  So then it’s been three years of trying to do this handover?

We’re still involved in all of the countries. In moving these programs to local management, we’ve saved millions of dollars. We’ve done it more or less successfully, although we’ve created inconveniences.

Are people going to drop out of care? Well, they are. But we are going to know that they did, because we’ve got a unique identifier that tells us where they are in any of the systems, or that they’re not showing up on any of the other systems that cost a huge amount of money. And it’s there because we felt we had the ethical obligation to do that because we had that direct connection to the patient.

Q:  How will your work at UCSF help with what’s happening to global health budgets?

We are going to try to put a purse string around all the talent that’s in UCSF that is doing either flat-out implementation research or versions of it. How can we use the methodologies of implementation science as resources really start to drop precipitously?

PEPFAR funding over this last five years has dropped 12 percent. That’s not going to get better. The United States puts $8 billion into global health each year, and six-and-a-half of it is PEPFAR. Are we using those dollars efficiently, effectively? And the answer is no. Pepfar is a lot better than it was before, but still a ways to go. But in maternal and child health, family planning, TB, malaria, those efficiencies have not been dialed in.

Q:  How did you handle having the responsibility for so many people’s lives?

My main motivator came out of the work on Ward 86, and at San Francisco General. Knowing every patient would go through a death is a motivator – and now with the majority of people who are infected and would respond to antiretroviral therapy not receiving it. PEPFAR was this wonderful idea that created the resources to put millions more people in front of treatment and prevented millions of infections from happening. 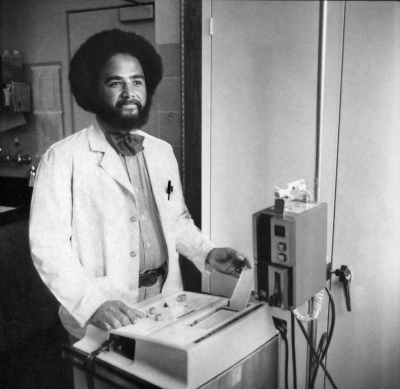 Eric Goosby as a UCSF resident at San Francisco General Hospital in 1978. Photo by Don Lorenzo

It’s now really leading the way for men who have sex with men, injection drug users, transgenders to be recognized by the governments and responded to assertively. There’s no one else out there really doing that to scale.

Educated physicians, chiefs of medicine, heads of services, heads of medical schools had an attitude of, “We don’t have gay people in our country.” “There are no gay Ugandans.” “There are no gay Rwandans.” I’ve had that conversation more times than I can count, from the top of the food chain, and they believe it. It’s where the society is.

It’s changing dramatically. We’ve written formal guidance in the U.S. government on how gay and transgendered people and injection drug users should be treated.

The other part of it is the diplomatic aspect of the job behind closed doors, to explain to presidents, ministers of finance, and ministers of health the public health implications of ignoring key populations. In addition to their infection, it often becomes the conduit through which your pediatric HIV numbers go up.

And just in the last five years, I’ve seen really major changes at the societal level that I know were from little, tiny seeds that were thrown out.

It’s been a wonderful privilege to have the opportunity to be a part of this.