Lawrence M. Krauss, an internationally known theoretical physicist whose research covers science from the beginning to the end of the universe, will deliver the Gordon Tomkins Lecture tilted "The Greatest Story Ever Told ... So Far" at UC San Francisco.

The free event, open to the public, is slated for 3 to 5 p.m. on Friday, Nov. 22 in Byers Auditorium in Genentech Hall on the UCSF Mission Bay campus. A concert will precede the lecture featuring the music of Ravel, Debussy and Bartok performed by Jeffrey Anderle on clarinet, Charles Yang on violin and Eric Zivian on piano. A reception in the atrium will follow the lecture. 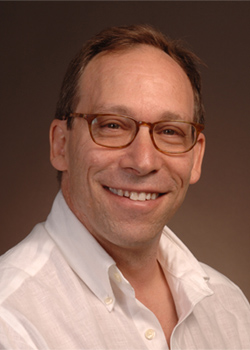 Krauss is a foundation professor and director of the Origins Initiative,  co-director of the Cosmology Initiative  School of Earth & Space Exploration, Department of Physics, and  Beyond Center for Fundamental Concepts in Science  at Arizona State University.

He is the author of many scientific publications, as well as several acclaimed popular books, including: The Physics of Star Trek, Quantum Man, Quintessence, and New York Times bestseller A Universe from Nothing.

The Biochemistry & Biophysics Department at UCSF presents this annual public lecture and concert, held in memory of Gordon Tomkins who was a brilliant, eclectic and visionary scientist at UCSF.

He was a key person in the development of the highly successful UCSF academic community of the 1970s. In addition to Tomkins' scientific achievements, he was an accomplished jazz and classical musician.

Tomkin’s untimely death in 1975 is commemorated by this lecture and concert, which brings researchers from various disciplines who have made exceptional contributions in their fields to campus.