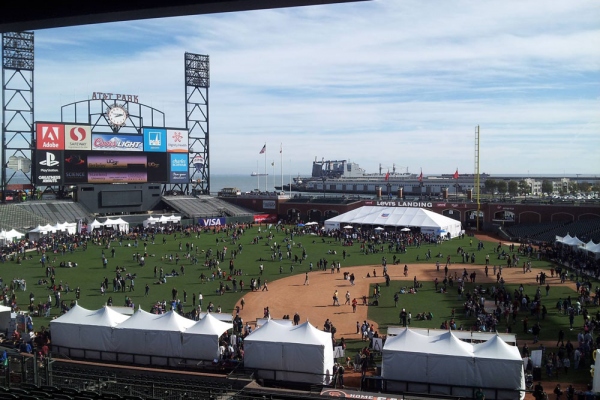 About 30,000 people came out to Discovery Day at AT&T Park, the culmination of the 10-day Bay Area Science Festival, on Nov. 4.

The Bay Area Science Festival capped its third annual run with a huge turnout for Discovery Day at AT&T Park.

About 30,000 people flooded the ballpark on Nov. 4 to check out more than 150 interactive science exhibits, including a virtual reality experience, a tour of human organs in the Giants dugout and an opportunity to build your own Legoscope, a working microscope made from toy building block pieces.

San Francisco Board of Supervisor’s President David Chiu welcomed the crowd at 11 a.m., with an official ribbon-cutting by a member of the Robot Zoo. The robots, on display in Willie Mays Plaza, were later pitted against each other for a Frisbee-throwing challenge.

Committed to the City 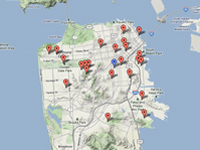 Click to view an interactive map showing UCSF's other contributions to advancing health worldwide, starting with the city we call home.

Produced by the Science & Health Education Partnership (SEP) at UC San Francisco, the 10-day festival involved a number of science institutions, including UC Berkeley, Stanford University, the California Academy of Sciences, the Chabot Space & Science Center and the Tech Museum. While the festival culminated with the AT&T Park event, families got a chance to play and explore science throughout the Bay Area, with Discovery Day-North Bay at the Sonoma County Fairgrounds and Discovery Day-East Bay hosted by Cal State East Bay.

The 2013 festival may now be over, but the fun doesn’t end there: Check out the festival website for related events throughout the year. 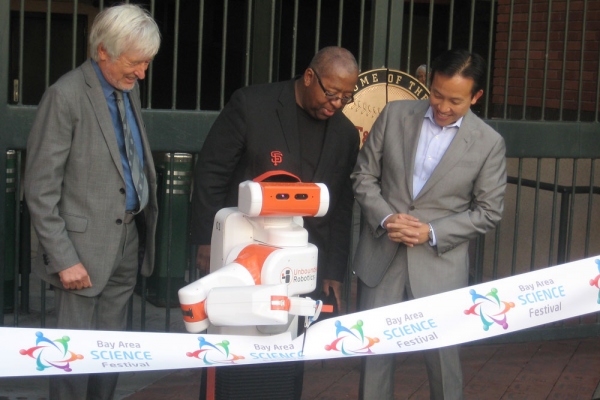 Day with a robot performing the official ribbon-cutting. 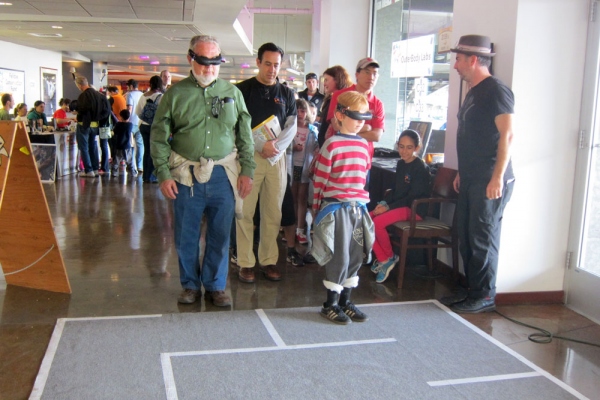 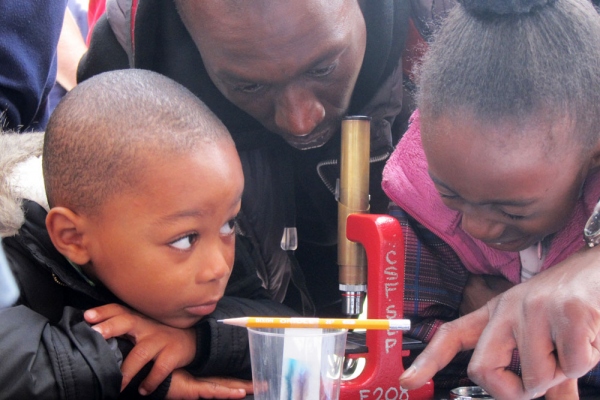 A family views cells through a microscope. 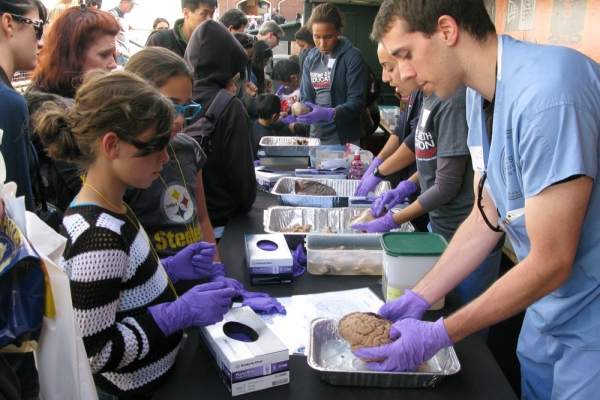 A guided tour of human organs in the Giants dugout, led by UCSF medical and graduate students, included a hands-on view of a brain.