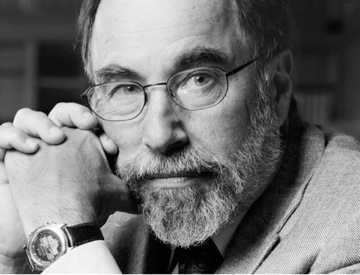 David Baltimore, PhD, will present the 2013 Gladstone Distinguished Lecture on Wednesday, Nov. 20. The lecture, titled, “The Role of MicroRNAs in Immune Functions,” will begin at 4 p.m. in Gladstone’s Robert Mahley Auditorium.

The lecture is free and open to the public.

Baltimore is President Emeritus and the Robert Andrews Milikan Professor of Biology at the California Institute of Technology (Caltech). An accomplished researcher and educator, Baltimore is one of the world’s most influential biologists.

Baltimore was awarded the Nobel Prize in Physiology or Medicine in 1975 for his research into viral replication, which provided the key to understanding the life cycle of retroviruses. A long-time public advocate for science, he has also profoundly influenced national science policy on such issues as recombinant DNA research and the worldwide AIDS epidemic.

While carrying out extensive research programs at the Salk Institute and the Massachusetts Institute of Technology, in the fields of virology and immunology, Baltimore also became drawn to the administration of scientific institutions. He was the founding president Whitehead Institute for Biomedical Research andlater served as president of the Rockefeller University in New York. In 1996 he moved to the west coast to serve as Caltech’s eighth president.

Since 1993, Gladstone, which is affiliated with UC San Francisco, has hosted the Distinguished Lecture Series, which brings researchers to Gladstone who have made significant contributions to science and medicine. Previous speakers include several Nobel laureates, including Roger Tsien, PhD, H. Robert Horovitz, PhD, and Elizabeth Blackburn, PhD, Morris Herzstein Professor in Biology and Physiology in the Department of Biochemistry and Biophysics at UCSF.