Death is a 100 percent certainty, but that doesn’t stop University of California researchers from searching for an end run around aging with the intensity of a football team battling back as the clock runs down. 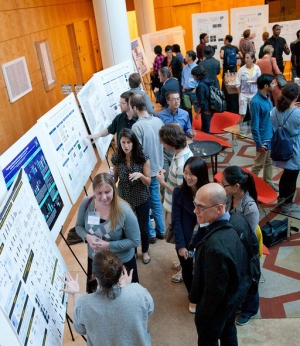 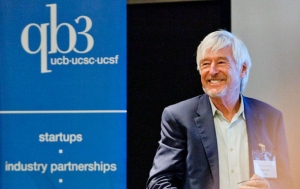 The goal of this research area is rejuvenation: longer, healthier life, free from the costly and debilitating chronic diseases associated with aging and a too-early demise. Better living in old age is a growing priority as a bulging population of baby boomers enters their golden years.

Thanks primarily to better control over infectious diseases through improved sanitation, vaccines and antibiotics, Americans live on average more than three decades longer than they did a century ago. But today tantalizing research findings from different scientific disciplines – including genetics, immunology, cell biology, diabetes research and microbiology – are raising hopes for another revolutionary increase in life expectancy.

“Perhaps rejuvenation therapies will appear in less than a decade, if we pool our resources and skills,” said Regis Kelly, PhD, director of QB3 and organizer of the Oct. 16 event on the UCSF Mission Bay campus.

At UCSF, researchers have led important research to identify the treatment needs of elderly patients, including disabled patients and individuals with HIV infection; they have made breakthroughs in accurately diagnosing dementias, a major malady of old age; and they have identified what may be biological underpinnings for aging at the genetic and biochemical level.

Chronic inflammation appears to be a major culprit in diseases of aging, a theme of many symposium speakers.

The immune system vitally fights infection, and inflammation driven by the immune system promotes wound healing – but too much of a good thing turns bad in the long run. 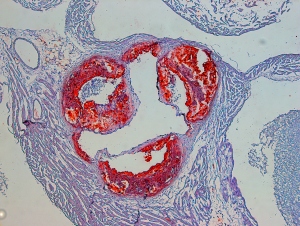 A cross-section through the aorta of a mouse with advanced
atherosclerosis shows severe inflammation. Symposium
speaker Suneil Koliwad said growing evidence indicates that
the clogging of blood vessels from heart disease is not driven

by cholesterol, but is driven instead by the buildup of immune

Symposium speaker Suneil Koliwad, MD, PhD, of the UCSF Diabetes Center, studies the links between obesity and aging, especially the role of fat in inflammation. Koliwad said growing evidence indicates that the clogging of blood vessels that results in 600,000 U.S. deaths each year from heart disease is not due to cholesterol depositing in arteries – as was thought for decades – but instead is driven by the buildup of immune cells known as macrophages. The role of macrophages is influenced more subtly by dietary fats, in ways that Koliwad now is exploring in his lab.

Similarly, immunologist Richard Locksley, MD, director of the Sandler Asthma Basic Research Center at UCSF, said the immune system wears down as we age, losing some diversity in the range of disease pathogens it can target effectively. With aging, Locksley said, “Our immune cells make the same total number of antibodies, but they see fewer things well.”

Trade-offs may have arisen as humans and pathogens evolved together, according to Locksley.

Long-lasting, but hidden, viral infections that are common in humans – such as lifelong chicken pox or cytomegalovirus – might provide some protection against more deadly acute infections. However, the immune system always actively combats these latent viruses at a low level, which may eventually take a toll as we age, Locksley said.

Bacteria within us also help shape our immune systems.

This gut microbial ecosystem, a type of “microbiome,” was the focus of symposium speaker Michael Fischbach, PhD, assistant professor of bioengineering and therapeutic sciences at UCSF. There is no evidence yet linking aging to the human gut microbiome, Fischbach said, but it’s worth exploring. 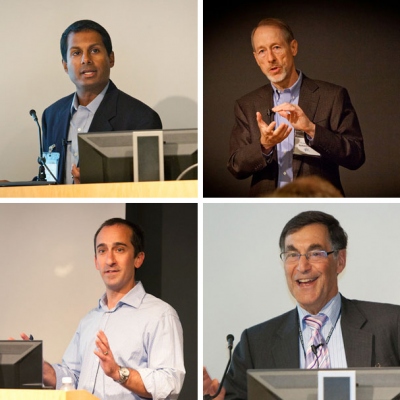 Species of gut microbes vary among individuals. Already some gut microbes are known to cause chronic inflammation, and physicians have used fecal transplant to remedy severe, chronic cases of Clostridium difficile, which is a bacterial overgrowth in the gut.

Mervyn Maze, MB, ChB, chair of the Department of Anesthesia and Perioperative Care at UCSF, noted that even in people without infection after surgery, poorly regulated inflammation can lead to kidney, lung or heart failure, or to cognitive decline.

People ages 65 and over account for about 10 million surgeries each year in the United States, and about 1 out of 67 of them do not survive the procedure, Maze said. In addition, between 20 percent and 40 percent of these elderly surgery patients develop delirium, and about 10 percent experience long-term cognitive decline as a result of surgery, according to Maze.

In studies of mice, Maze found that obesity plays a role in prolonging inflammation and in setting the stage for cognitive decline following surgery. Maze evaluated cognitive decline by measuring how long it took mice to remember the location of a hidden, floating platform. Mice genetically destined to develop metabolic syndrome are especially susceptible to post-surgical cognitive decline associated with chronic inflammation, he discovered.

Maze now is exploring ways to identify candidates for surgery who are most at risk and ways to guide neural and immune controls to dial down inflammation.

Genes matter, too, when it comes to aging – something that Cynthia Kenyon, PhD, the director of the Hillblom Center for the Biology of Aging at UCSF, demonstrated dramatically in a tiny soil-dwelling worm, C. elegans, two decades ago. 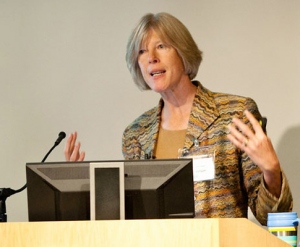 At the symposium, Kenyon discussed her findings that the worm’s lifespan was doubled by a mutation in a gene similar to the human genes for receptor proteins that transmit signals from the hormones insulin and insulin growth factor (IGF1).

Since then, scientists have identified mutations that turn down insulin signaling and IGF signaling in animals, or that act on biological processes downstream in the biochemical cascades triggered by these hormones.

Genes that switch entire cassettes of genes on and off sometimes play a role.

Kenyon is among those studying one of these master proteins, called FOXO. FOXO is more often mutated in humans who live past 100 years, compared to those who die younger, and it influences lifespan through effects on protein assembly and recycling, fat transport, metabolism and immune responses. Kenyon’s lab team is identifying chemicals similar to small-molecule drugs that act on these biochemical pathways to affect lifespan. 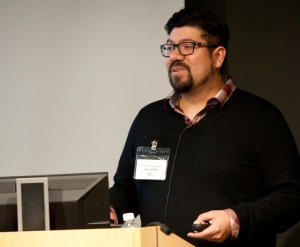 Saul Villeda, PhD, a Sandler Faculty Fellow at UCSF, said there may be “rejuvenation factors” in blood that might help reverse slowed thinking in old age. Villeda found that a molecule made by immune cells is associated with aging and worsened memory.

When he blocked the activity of this molecule, older mice performed like younger mice. On the flip side, older animals given young blood were better able to find a submerged platform in the water maze, leading Villeda to search for molecules that reverse aging.

None of the discoveries described by symposium speakers will lead to a fountain-of-youth drug overnight.

But without waiting for more research, several speakers recommended at least one surefire strategy for increasing the likelihood of a longer, healthier life: maintaining a balanced diet and regular exercise.