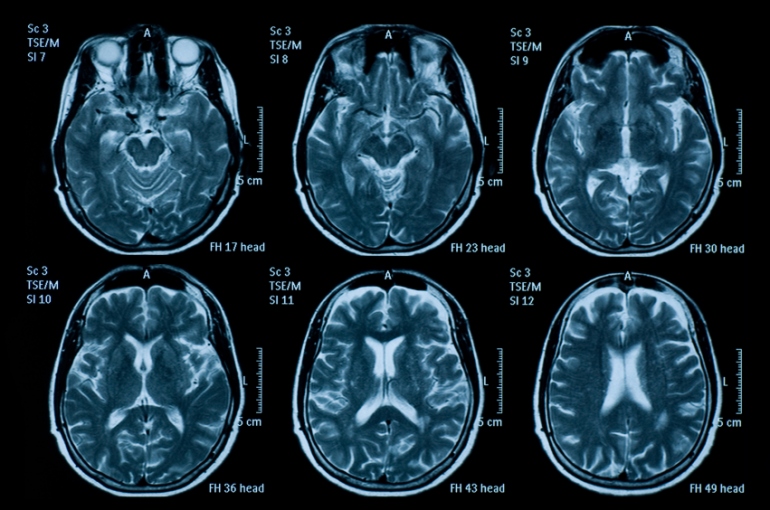 The National Institutes of Health is awarding $18.8 million over five years to support worldwide research on concussion and traumatic brain injury.

The NIH award, part of one of the largest international research collaborations ever coordinated by funding agencies, will be administered through UC San Francisco. 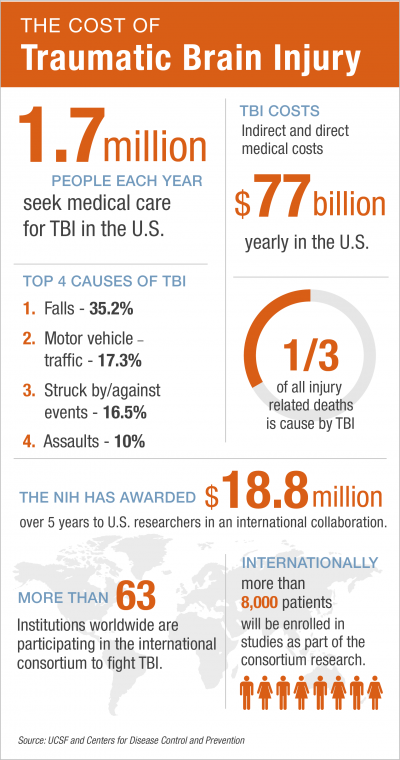 The award supports a team of U.S. researchers at more than 20 institutions throughout the country who are participating in the International Traumatic Brain Injury (InTBIR) Initiative, a collaborative effort of the European Commission, the Canadian Institutes of Health Research (CIHR), the National Institutes of Health (NIH) and the U.S. Department of Defense (DOD).

Although the potential long-term harms due to concussions and blows to the head have gained more attention recently – due in part to media coverage of the experiences of athletes and of soldiers returning from the Middle East – traumatic brain injuries, or TBI, that results from automobile crashes or other common accidents impacts many more people.

Many of those who are affected by TBI are never diagnosed, according to UCSF neurosurgeon Geoffrey Manley, MD, PhD, a principal investigator for the grant who will serve as the U.S. research team’s primary liaison to the NIH, and the chief of neurosurgery at the UCSF-affiliated San Francisco General Hospital, a Level-1 trauma center. SFGH was the first medical center in the nation to achieve certification from the Joint Commission for the treatment of TBI.

The U.S. Centers for Disease Control and Prevention estimates that 2 percent of the U.S. population now lives with TBI-caused disabilities, at an annual cost of about $77 billion.

“Each year in the United States, at least 1.7 million people seek medical attention for TBI,” Manley said. “It is a contributing factor in a third of all injury-related deaths.”

In the work funded by the NIH grant – which also is supported by contributions from the private sector and from the nonprofit One Mind for Research – the researchers aim to refine and improve diagnosis and treatment of TBI, which often has insidious health effects, but which frequently is undiagnosed, misdiagnosed, inadequately understood and undertreated, according to Manley.

“After three decades of failed clinical trials, a new approach is needed,” Manley said. “We expect that our approach will permit researchers to better characterize and stratify patients, will allow meaningful comparisons of treatments and outcomes, and will improve the next generation of clinical trials. The work will advance our understanding of TBI and lead to more effective, patient-specific treatments.”

Since 2009, Manley and Pratik Mukherjee, MD, PhD, a professor of radiology and biomedical imaging at UCSF, have helped lay the groundwork for the continuing TBI research by leading the NIH-funded TRACK-TBI project, through which they and their research collaborators have demonstrated the value of gathering common data across research sites, including a standardized approach to imaging, clinical data, bio-specimens, and tracking outcomes.

Already, TRACK-TBI researchers have made progress toward more useful classification and prognosis of TBI.

Earlier this year, they reported that cases of concussion, or TBI that are classified as “mild” by standard criteria but that show abnormalities on early magnetic resonance imaging (MRI) scans, are much more likely to have worse outcomes three months after the scan in comparison to cases in which scans reveal no abnormalities. Furthermore, the researchers found that elevated blood levels of a protein released during brain injury was associated with the likelihood of an abnormal CT scan.

The new NIH award funds a continuation and expansion of TRACK-TBI. Among the goals is the creation of a widely accessible, comprehensive “TBI information commons” to integrate clinical, imaging, proteomic, genomic and outcome biomarkers from subjects across the age and injury spectra. Another goal is to establish the value of biomarkers that will improve classification of TBI and better optimize selection and assignment of patients for clinical trials.

The researchers also aim to evaluate measures to assess patient outcomes across all phases of recovery and at all levels of TBI severity, to determine which tests, treatments, and services are effective and appropriate – depending on the nature of TBI in particular patients.

“The principal investigators bring expertise in neurosurgery, neurology, neuroradiology, critical care medicine, rehabilitation medicine, neuropsychology and biostatistics, all of which are essential and do not reside in any single individual,” Manley said.

TRACK-TBI clinical enrollment sites throughout the United States will enroll 3,000 patients across the spectrum of mild to severe brain injuries. Clinical, imaging, proteomic, genomic and clinical outcome databases will be linked into a shared platform that will promote a model for collaboration among scientists within InTBIR and elsewhere. 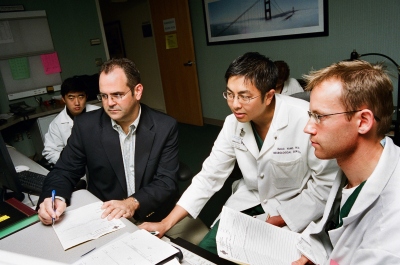 In addition to the U.S. award, the European Commission, the executive body of the European Union, has awarded €35.2 million to fund the Collaborative European NeuroTrauma Effectiveness-TBI (CENTER-TBI) consortium, also part of the InTBIR. This project will collect data in over 5,000 patients across Europe, where 38 scientific institutes and more than 60 hospitals will participate.

In Canada, CIHR and its national partners also have made a multimillion dollar investment in TBI research, the details of which will be formally announced in the near future.

The InTBIR Scientific Advisory Committee met in Vancouver, British Columbia, on Oct. 17-18, and awardees from all three jurisdictions (EU, USA, Canada) now are aligning efforts to share resources and collaborate on strategies for achieving the InTBIR goals.