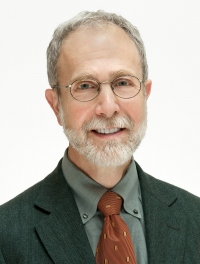 In 2011, Bruce Conklin, MD, became the first Academy Fellow from Gladstone to be inducted. And now, the Academy will induct two more. Fellowship into the California Academy of Sciences is one of the highest honors available for California-based researchers in the natural sciences. Williams and Pollard have been chosen as two of just ten Academy Fellows to be inducted this year.

Academy Fellows are a governing group of 300 distinguished scientists who have made notable contributions in one or more fields of the natural sciences. They are nominated by their colleagues and selected each year by the Academy's Board of Trustees. Academy Fellowship is for life. The induction took place on Oct. 8 in San Francisco.

Williams has served as Gladstone’s president since 2010. Prior to joining Gladstone, he was on the faculty of Duke University and the University of Texas before assuming the role of dean of the School of Medicine at Duke in 2001. He was also the founding Dean of the Duke-NUS Graduate Medical School of Singapore. During his career as a physician-scientist, his research focused on the genes, proteins and pathways that control the development and proliferation of myocytes, which are cells that make up cardiac and skeletal muscle. His laboratory defined basic principles of how these cells adapt to changing physiological demands associated with exercise or disease states. 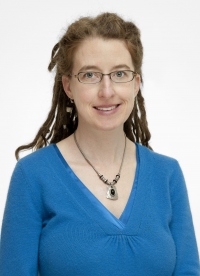 “As a scientist, I admire the Academy's mission to promote scientific discovery and to participate in high caliber scientific research,” said Williams, who is also a professor at UCSF. “And as Gladstone’s president I’m certain that my induction as an Academy Fellow, along with the induction of Dr. Pollard, will foster additional scientific exchange between our two great research institutions.”

An expert in bioinformatics, Pollard uses statistics and computational biology to analyze massive genomic datasets. Her research focuses on the evolution of the human genome, in particular how genetic differences are associated with human health and disease.

Currently, Pollard focuses on two major areas: 1) identifying the genetic basis for traits specific to humans, such as our susceptibility to AIDS, and 2) analyzing the genetic make-up of the human ‘microbiome’—the vast array of microorganisms that dwell in or on the human body. As a member of the National Institutes of Health’s Human Microbiome Project, Pollard and her colleagues hope to use the data to understand the precise relationship between the microbiome, health and disease.

Prior to joining Gladstone in 2008, Pollard was an Assistant Professor in the University of California, Davis Genome Center and a comparative genomics postdoctoral fellow at the University of California, Santa Cruz. While in Santa Cruz, she participated in the Chimpanzee Genome Project, in which she identified fast-evolving genetic sequences unique to humans that reveal new insight into the evolutionary history of both humans and our closest living relatives — chimpanzees.

“I am both honored to be inducted as an Academy Fellow and humbled to be in the company of such stellar scientists,” said Pollard, who like Williams is a also a professor at UCSF. “I look forward to working with Academy scientists who are harnessing the power of complementary methods, such as paleontology, to understand what separates us from our closest animal relatives.”

The California Academy of Sciences is a leading scientific and cultural institution based in San Francisco. It is home to an aquarium, planetarium, natural history museum and research and education programs, which engage people of all ages and backgrounds on two of the most important topics of our time: life and its sustainability. Founded in 1853, the Academy’s mission is to explore, explain and sustain life. Visit www.calacademy.org for more information.

About the Gladstone Institutes
Gladstone is an independent and nonprofit biomedical-research organization dedicated to accelerating the pace of scientific discovery and innovation to prevent, treat and cure cardiovascular, viral and neurological diseases. Gladstone is affiliated with UCSF.