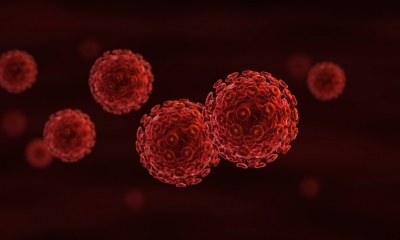 Three scientists with the Gladstone Institutes have won research awards from divisions of the National Institutes of Health (NIH) equaling an approximate total of $12.5 million over five years for their groundbreaking research to overcome HIV/AIDS.

The NIH’s National Institute on Drug Abuse (NIDA) in August awarded Warner C. Greene, MD, PhD, a 2013 Avant-Garde Award for HIV/AIDS Research. Set up to fund individual scientists of exceptional creativity who are conducting high-impact research that may lead to groundbreaking avenues to prevent or treat HIV/AIDS, this award will mean approximately $5 million in new HIV/AIDS funding for the UC San Francisco-affiliated Gladstone Institutes. Greene, who founded virology and immunology research at Gladstone in 1991, will use the funds for research that could contribute to a cure for HIV/AIDS.

At the same time, the Office of the Director of the NIH this week presented Gladstone associate investigator Leor S. Weinberger, PhD, with an NIH Pioneer Award. This award is also for a total of roughly $5 million for Weinberger to use for his highly innovative approach to HIV/AIDS research, which the NIH considers to have the potential to produce a high impact on a broad area of biomedical research.

Also this week, the Office of the Director of the NIH presented Gladstone assistant investigator Shomyseh Sanjabi, PhD, with an NIH New Innovator Award worth approximately $2.5 million. Given for exceptionally innovative research, New Innovator awards are for young investigators who have not yet received a certain type of NIH grant considered pivotal to a successful biomedical-research career.

All three investigators, in addition to being Gladstone researchers, hold faculty appointments at UCSF.

“The fact that the founding scientist of Gladstone’s virology and immunology institute and two of its newest faculty have all won such awards speaks volumes about the high quality of HIV/AIDS research that’s been going on at Gladstone for more than two decades,” said Robert C. Gallo, co-discoverer of HIV and director of the Institute of Human Virology at the University of Maryland School of Medicine.

This year’s awards come at a critical time as AIDS – a fatal disease when untreated – continues to plague the globe despite treatment advances. Around the world, an estimated 35.3 million people are currently infected with HIV – the virus that causes AIDS – including a quarter-million new infections in children in 2012.

Antiretroviral medications (ARVs) can prevent the virus from causing AIDS, but they do not cure AIDS. And while HIV-infected people on ARVs can avoid getting AIDS, they are still at risk of a dormant, or latent, version of the virus that can rebound if ARVs are discontinued.

Many people taking ARVs also suffer from the early appearance of diseases that usually occur in aging populations. As a result, some of them die 10 to 15 years early from conditions such as cardiovascular disease, dementia and liver disease. Plus, 16 million HIV-positive children and adults who should be taking ARVs are not.

Gladstone scientists are focused on addressing all these issues – with the ultimate goal of contributing to a cure for HIV/AIDS.

“We are truly gratified to see the promising work of three Gladstone investigators recognized with such prestigious awards,” said Gladstone President R. Sanders Williams, MD. “We applaud the research efforts of Drs. Greene, Weinberger and Sanjabi – and their multi-pronged strategy in the fight to cure HIV/AIDS.”

Greene’s Avant-Garde research program builds on his laboratory’s 2010 discovery that most “bystander” immune cells – once thought to be uninfected by HIV – are actively involved in the progression from HIV infection to AIDS. 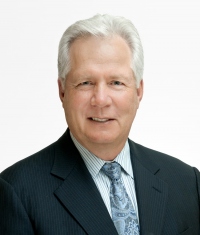 HIV tries to infect these cells but fails. It is this abortive infection attempt that drives an innate immune response against the virus – promoting a fiery and highly inflammatory form of cellular suicide called pyroptosis. The inflammation attracts more immune cells – known as CD4 T cells – for new rounds of abortive infection and death. This sets up a vicious cycle that underlies CD4 T-cell depletion, contributing to chronic inflammation and the development of AIDS.

But recent tests from the Greene lab suggest that existing anti-inflammatory drugs may circumvent this fiery cell death of CD4 T cells and thereby prevent HIV from progressing to AIDS. With this funding, Greene – a professor in the UCSF School of Medicine – plans to launch human trials to test one or more existing anti-inflammatory drugs to block pyroptosis and thereby prevent HIV’s destruction of the immune system. An inexpensive anti-inflammatory could also be a lifesaving therapeutic bridge for more than 16 million HIV-infected people who need – but are not getting – ARVs.

Greene also plans to investigate whether pyroptosis plays a role in the chronic inflammation associated with HIV infection – and if so, whether this inflammation also promotes HIV latency. If it does, the correct anti-inflammatory might become a component of a “cure cocktail” – and an agent that could help prevent the premature onset of diseases associated with aging now being seen in those taking ARVs.

In his lab, Weinberger – an associate professor in residence in the UCSF Biochemistry  and Biophysics – is working on a bold strategy for debilitating HIV as a way to stop the spread of AIDS. His approach centers on his theory that to defeat viruses, which continually spread and mutate, an effective solution must also spread and mutate. 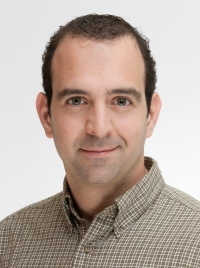 To develop this theory, Weinberger will use the Pioneer award to test the use of what he calls therapeutic interfering particles, or TIPs. In the laboratory, Weinberger genetically engineers TIPs by effectively eviscerating the damaging parts of HIV’s DNA – but while retaining HIV’s characteristics of contagion and mutation.

As a result, compact TIPs are likely to move more quickly than HIV, acting like a parasite that steals cellular resources from the virus. Weinberger’s hope is that the particles will effectively stop HIV by replicating more efficiently than the virus does. Should HIV further mutate, as viruses often do, TIPs would match that mutation and continue to be effective, he believes.

Should the research bear out, TIPs would amount to a vaccine that spreads on its own and updates naturally, as needed. Based on Weinberger’s projections, the seeding of TIPs within just 1 percent of the sub-Saharan population – home to nearly 70 percent of the world’s HIV-infected people – could drop the prevalence of HIV/AIDS to less than 2 percent, down from current infection rates of 15 to 30 percent.

Sanjabi, an associate professor in residence in the UCSF Department of Microbiology and Immunology, is building on the Nobel-prize-winning stem cell discoveries of Gladstone’s Shinya Yamanaka, MD, PhD, to genetically engineer laboratory animals to have human immune systems. 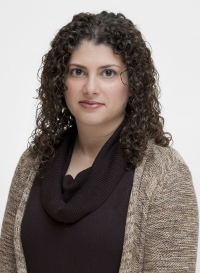 Yamanaka’s discovery of how to make induced pluripotent stem cells, or iPS cells, lets scientists turn adult skin or blood samples into stem cells that, like embryonic stem cells, can develop into other cell types in the body.

Sanjabi plans to use iPS technology to transform blood samples from HIV elite controllers – HIV-infected individuals who can naturally control the virus – into immune cells. These immune cells will provide the basis for Sanjabi – in collaboration with researchers at Yale, UCSF and Gladstone – to genetically engineer “humanized” mice that resemble the elite controllers’ genetic background.

Using these mice, Sanjabi hopes to identify exactly where latent HIV lingers in the body of elite controllers compared to those HIV-infected individuals who, without ARVs, succumb to AIDS. This information could help researchers offer new solutions for latency and lead to a way to keep HIV-infected people from developing AIDS – without a lifelong need for ARVs.