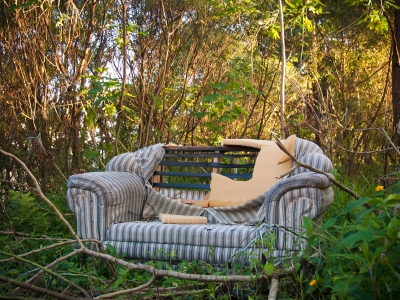 A class of flame retardants that has been linked to learning difficulties in children has rapidly declined in pregnant women’s blood since the chemicals were banned in California a decade ago, according to a study led by researchers at UC San Francisco.

Blood levels of polybrominated diphenyl ethers (PBDEs), tested in patients at the UCSF-affiliated San Francisco General Hospital and Trauma Center fell by two-thirds since they were last tested three years ago and found to be the highest levels reported among pregnant women anywhere in the world. The findings were published online on Sept. 25 in Environmental Science & Technology.

Researchers said the dramatic decline was most likely the result of the statewide ban, as well as a voluntary national phase out. But they said the levels fell more quickly than expected, given how persistently these chemicals remain in the environment once they have been introduced.

“We were pleasantly surprised by the extent of the decline,” said Ami R. Zota, ScD, MS, an assistant professor of environmental and occupational health at the George Washington University School of Public Health and Health Services, and the study’s lead author. Zota conducted the research while she was a postdoctoral fellow at UCSF’s Program on Reproductive Health. “Regulations can have an impact on people’s everyday lives.”

PBDEs were used in foam furniture starting in the 1970s to meet the state’s fire safety regulations, which are now being reviewed. Experiments in animals and also in human cells have shown that PBDEs damage the brain in utero.

Researchers have found a strong relationship between an expectant mother’s exposure to the chemicals – even at low levels – and subsequent learning difficulties in her child, including worsened concentration and attention and lower IQ. The chemicals also can disrupt thyroid hormones in adulthood and during development. While much of the data is correlational, the researchers said there is enough evidence to raise serious concern that the chemicals are harmful to people.

The Dangers of Chemicals in the Environment

PBDEs get into the body in different ways. They easily wear off foam and degrade into household dust, which gets ingested. The chemicals also find their way in through diets rich in fish, meat and dairy products, as PBDEs in the environment are persistent and can accumulate up the food chain. Nursing mothers also pass them to their babies through breast milk.

Previous research has shown that the PBDEs present in California house dust have fallen since the ban. But this is the first time that researchers have shown a decline in PBDEs in people since the chemicals were phased out.

San Francisco General Hospital, the city’s public hospital, serves vulnerable populations, who may be at higher risk for exposure to PBDEs because they are more likely to own older, cheaper furniture and live in poor housing conditions. The researchers compared a group of 25 women who came to the hospital from 2008 to 2009 to 36 women who came between 2011 and 2012. The first group had the highest reported levels of PBDEs of any group of pregnant women tested worldwide. But in just three years, overall levels fell by two-thirds.

Although PBDEs have been banned, furniture makers have substituted other chemicals, which may also be dangerous, as a way of meeting state fire safety standards. Chlorinated Tris, for example, is a suspected carcinogen listed on Proposition 65. Others, such as Firemaster 550, have not adequately been tested. 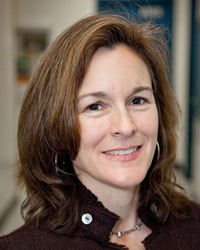 Gov. Jerry Brown is seeking to change the current standards, which require foam to withstand 12 seconds of open flame without igniting, to one in which the fabric over only needs to keep from igniting when exposed to a smoldering cigarette. Regulators say this is a more realistic threshold – since that is how most fires start – and furniture makers will not have to use fire retardants to meet it.

“What that means is that when California enacts the new flammability standard, there will be an opportunity for reductions in other flame retardants, many of which we may not even know about because there is a lack of data on their use and potential human health effects,” said Tracey Woodruff, PhD, MPH, the director of UCSF’s Program on Reproductive Health and the Environment, and the study’s senior author.

Researchers also measured polychlorinated biphenyl ethers (PCBs), chemicals that were once used as refrigerator coolants. Congress banned them in 1979 because of evidence that they cause cancer in animals and possibly people. Researchers did not find a similar drop over the three-year study period and said this may be because the ban has already eliminated most of the PCBs present in household dust and indoor air, although people are still being exposed to PCBs through their diets.

The study was funded by the Passport Foundation Science Innovation Fund, and the National Institute of Environmental Health Sciences.

Other authors of the article, “Temporal Comparison of PBDEs, OH-PBDEs, PCBs, and OH-PCBs in the Serum of Second Trimester Pregnant Women Recruited from San Francisco General Hospital, California,” include Linda Linderholm, of the Swedish Environmental Protection Agency; June-Soo Park, Myrto Petreas and Tan Guo, of the California Department of Toxic Substances Control; Martin L. Privalsky, of the Department of Microbiology at UC-Davis; and R. Thomas Zoeller, of the Biology Department at the University of Massachusetts at Amherst.