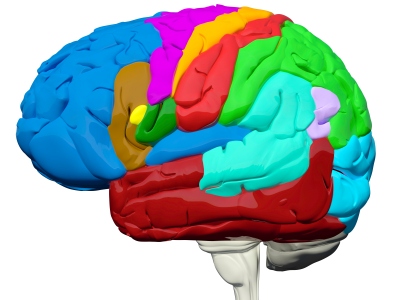 Mice given cocaine showed rapid growth in new brain structures associated with learning and memory, according to a research team from the Ernest Gallo Clinic and Research Center at UC San Francisco. The findings suggest a way in which drug use may lead to drug-seeking behavior that fosters continued drug use, according to the scientists.

The researchers used a microscope that allowed them to peer directly into nerve cells within the brains of living mice, and within two hours of giving a drug they found significant increases in the density of dendritic spines – structures that bear synapses required for signaling – in the animals’ frontal cortex. In contrast, mice given saline solution showed no such increase.

The researchers also found a relationship between the growth of new dendritic spines and drug-associated learning. Specifically, mice that grew the most new spines were those that developed the strongest preference for being in the enclosure where they received cocaine rather than in the enclosure where they received saline. The team published its findings online in Nature Neuroscience on Aug. 25.

“This gives us a possible mechanism for how drug use fuels further drug-seeking behavior,” said principal investigator Linda Wilbrecht, PhD, a Gallo investigator now at UC Berkeley, but who led the research while she was on the UCSF faculty.

In all living brains, there is a baseline level of creation of new spines in response to, or in anticipation of, day-to-day learning, Wilbrecht said. 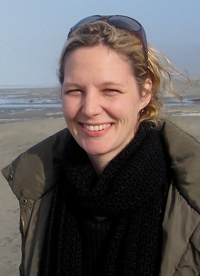 By enhancing this growth, cocaine might be a super-learning stimulus that reinforces learning about the cocaine experience, she said.

The frontal cortex, which Wilbrecht called the “steering wheel” of the brain, controls functions such as long-term planning, decision-making and other behaviors involving higher reasoning and discipline.

The brain cells in the frontal cortex that Wilbrecht and her team studied regulate the output of this brain region, and may play a key role in decision-making. “These neurons, which are directly affected by cocaine use, have the potential to bias decision-making,” she said.

Wilbrecht said the findings could potentially advance research in human addiction “by helping us identify what is going awry in the frontal cortexes of drug-addicted humans, and by explaining how drug-related cues come to dominate the brain’s decision-making processes.”

In the first of a series of experiments, the scientists gave cocaine injections to one group of mice and saline injections to another. The next day, they observed the animals’ brain cells using a 2-photon laser scanning microscope. They were surprised to discover that even after the first dose, the mice treated with cocaine grew more new dendritic spines than the saline-treated mice.

In another experiment, they observed the mice before cocaine or saline treatment and then two hours afterward, and discovered that the animals that received cocaine were developing new dendritic spines within two hours after receiving the drug. Furthermore, the next morning, cocaine-induced spines accounted for almost four times more connections among nerve cells than was observed in saline-treated animals.

In a third experiment, the researchers for a week gave the mice cocaine in one distinctive chamber and saline in another, using identical procedures. Each chamber had its own characteristic visual design, texture and smell to distinguish it from the other chamber. They then let the mice choose which chamber to go to.

“The animals that showed the highest quantity of robust dendritic spines – the spines with the greatest likelihood of developing into synapses – showed the greatest change in preference toward the chamber where they received the cocaine,” said Wilbrecht. “This suggests that the new spines might be material for the association that these mice have learned to make between the chamber and the drug.”

Wilbrecht noted that the research would not have been possible without live brain imaging via the 2-photon laser scanning microscope, which was developed in 2002. “I grew up at the time of the famous public service campaign that showed a pan of frying eggs with the message, ‘This is your brain on drugs,’” recalled Wilbrecht. “Now, with this microscope, we can actually say, ‘This is a brain cell on drugs.’”

I grew up at the time of the famous public service campaign that showed a pan of frying eggs with the message, ‘This is your brain on drugs.’ Now, with this microscope, we can actually say, ‘This is a brain cell on drugs.’

The study was supported by funds from the National Institutes of Health, the State of California, UCSF and the P. Royer and K. Clayton Family.