Adenoviruses commonly infect humans, causing colds, flu-like symptoms and sometimes even death, but now UC San Francisco researchers have discovered that a new species of adenovirus can spread from primate to primate – and potentially from monkey to human. 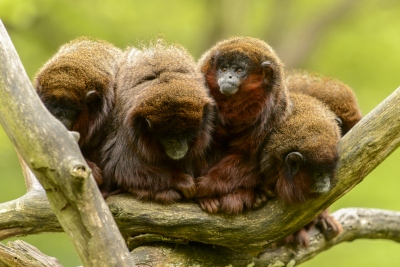 UCSF researchers previously identified a new adenovirus in New World titi monkeys that killed most of the monkeys infected during an outbreak in a closed monkey colony in California in 2009. At the time, a research scientist who worked closely with the monkeys and a family member, both of whom were found to have antibodies to the virus, also became ill.

In a new study, which appears July 24 in the online journal PLOS One, UCSF scientists exposed three marmoset monkeys to the same virus. All three developed a mild, “cold-like” respiratory illness and an antibody response to the infection, but were able to eliminate the virus within 12 days.

The results conclusively demonstrate that the new virus is capable of infecting and causing disease across primate species, according to Charles Chiu, MD, PhD, director of the UCSF-Abbott Viral Diagnostics and Discovery Center, and the lead scientist of the new study.

“This study raises more concerns about the potential of unknown viruses to spread from animals to humans,” said Chiu, who is an assistant professor of medicine at UCSF. “We still don’t understand the full extent of viruses that exist in the world and their potential to cause outbreaks in human populations.” 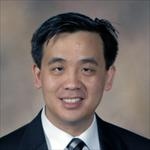 Last year, Chiu and colleagues also identified another new adenovirus, named simian adenovirus C, which sickened four of nine captive baboons and killed two of them at a primate facility in 1997. Several staff members at the facility also complained of upper respiratory symptoms at the time of the outbreak. Re-examining the samples many years later, Chiu and his colleagues found antibodies targeted to simian adenovirus C in the human samples.

Chiu concluded that staff members had been exposed to the new virus, and that the virus may have jumped from baboon to human, an idea also supported by follow-up experiments in which laboratory strains of simian adenovirus C efficiently infected both human and baboon cells.

“Adenoviruses to date have not generally been linked to cross-species infections between monkeys and humans,” Chiu said.

In light of these findings, however, he said the normal vigilance in tracking animal viruses that might also infect humans should extend beyond influenza and coronaviruses to include adenoviruses. Chiu is working on new computational techniques to more rapidly identify novel, disease-causing viruses.

Viruses with RNA genes, including influenza viruses, make many errors in replicating their genetic material, and are thereby likely to generate new, mutated forms that alter their pathogenic nature, occasionally allowing them to infect new hosts. 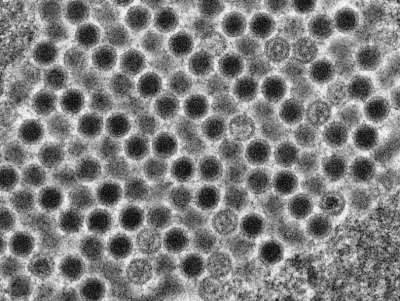 In contrast, viruses that use DNA as their genetic material, such as adenoviruses, are thought to have less chance of spreading between species because they replicate with fewer mutations that could serve as the basis for infection-enhancing changes.

However, beyond mutation during replication, the mixing of genes though recombination of distinct virus species or strains also can give rise to new viruses that are more pathogenic or that infect across mammalian species. This applies to DNA viruses as well as RNA viruses, according to Chiu.

“We believe that’s similar to what happened with the simian adenovirus C outbreak,” Chiu said. “This new virus likely formed when an existing adenovirus recombined with another, generating a new strain that was highly virulent to baboons.”