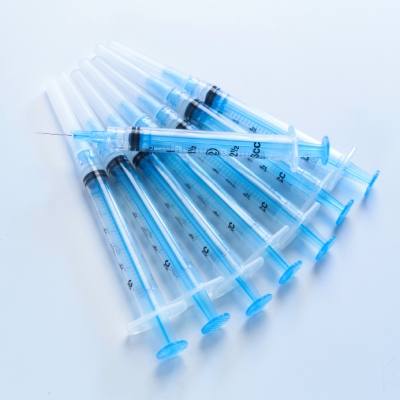 UC San Francisco researchers are recommending a combination of six comprehensive measures to prevent the spread of hepatitis C, in an effort to address the estimated 31,000 young people who may be newly infected each year in the United States due to injection-drug use.

The measures, which stem from a 16-year UCSF research project with injection-drug users, known as the “U Find Out” or UFO Study, build upon the successes of clean syringe programs and similar efforts, while recommending greater focus on the social issues behind drug use and further integration of the multiple approaches to combating hepatitis C.

While data on hepatitis C are limited, the HHS estimates that as many as 3.9 million people in the United States are living with a chronic form of the disease, which the researchers said is at least 10 times more infectious than HIV. In 2007, the number of U.S. deaths associated with hepatitis C surpassed those from HIV for the first time. 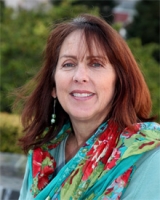 “Based on our UFO Study here in San Francisco, we have accumulated data that identify key strategies that, when scaled up, could substantially reduce the rate of new hepatitis C infections among young people who inject drugs,” said the study’s lead investigator, Kimberly Page, PhD, MPH, a professor in the UCSF Department of Epidemiology and Biostatistics, and in UCSF Global Health Sciences.

The research team examined several data sources to arrive at the new estimate of 31,000 new cases per year and identified six areas where prevention efforts should be focused. Findings appear online July 24 in a special supplement titled, “Prevention and Management of Hepatitis C Virus among People Who Inject Drugs: Moving the Agenda Forward,” in the journal Clinical Infectious Diseases. The publication coincides with World Hepatitis Week, July 21 to 28.

First, while syringe-exchange programs have long been recognized as an absolutely essential element in disease prevention, giving injectors access to clean needles and syringes, the UFO Study team discovered that up to 40 percent of infections occurred from exposures to shared drug preparation containers, filters and rinse water.

“The hepatitis C virus lives a long time on surfaces and can easily contaminate various types of injecting equipment, so while expanding needle exchanges throughout the country is essential, one of our critical recommendations is that existing and newly established exchanges provide clean ancillary equipment along with needles and syringes,” said Page.

The "U Find Out" Study, which began in September 1997, is a constellation of research studies and projects focusing primarily on viral hepatitis, particularly hepatitis C virus, among young injection drug users in San Francisco.

Read more about their work.

Additional strategies identified in the paper include hepatitis C virus screening, testing and counseling; targeting interventions to address the social and relational contexts of injecting; injection cessation interventions to reduce risks of exposure; development of models to guide roll out of new hepatitis C treatments and vaccines; and the implementation of robust, scaled interventions in combination to synergize the effectiveness of individual interventions.

“A new rapid test for hepatitis C has become available that can be delivered at the point of care with results in 20 minutes, so making that widely available can significantly improve screening, testing and counseling,” said Page.  “Also, our research identified the value of ‘taking breaks’ for both reducing the risks of exposure to the virus and helping end injection drug use.”

The UFO Study looked at the behaviors associated with attempts by injectors to complete various injection cessation programs, such as 12-step or opiate substitution programs. While in these programs, exposure risks disappeared.

However, while injectors frequently fail cessation programs, the UFO Study showed that the more injectors try to quit, or “take breaks” from drugs, the more likely they eventually are to succeed. That new data could inform how these and other treatment programs handle relapses in the future.

“Often these programs are very unforgiving and relapses can lead to permanent bans,” Page said. “This is likely not the best tactic for reducing disease exposure risks and also may not be optimal for helping injectors end injection drug use.”

Co-authors include Meghan Morris and Judith A. Hahn, PhD, from UCSF; Lisa Maher from the Kirby Institute in Sydney, Australia; and Maria Prins from the Public Health Service in Amsterdam, The Netherlands.

The UFO Study is funded by the U.S. National Institute on Drug Abuse and the Australian Government Department of Health and Ageing.

UCSF Global Health Sciences is affiliated with the AIDS Research Institute (ARI) at UCSF.  UCSF ARI houses hundreds of scientists and dozens of programs throughout UCSF and affiliated labs and institutions, making ARI one of the largest AIDS research entities in the world.

UCSF is a leading university dedicated to advancing health worldwide through advanced biomedical research, graduate-level education in the life sciences and health professions, and excellence in patient care.