UC San Francisco scientists who studied the human body’s response to microgravity have received two out of three awards given by NASA for top International Space Station research in 2012. 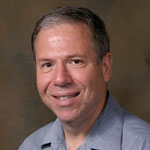 Thomas Lang, PhD, and Millie Hughes-Fulford, PhD, were honored July 16 at the second annual ISS Research and Development Conference in Denver and invited to participate in a plenary panel on their research. 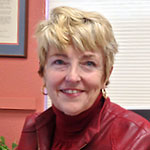 Hughes-Fulford, a UCSF professor of biochemistry and director of the Laboratory of Cell Growth at the UCSF-affiliated San Francisco VA Medical Center, was recognized for her work on T-cell activation in space. She was the first woman who ventured into space as a working scientist when she flew on the space shuttle Columbia in 1991.

Lang and Hughes-Fulford snagged two of three NASA awards for top discoveries. The other went to research on cool flames in space. Their biomedical research has yielded a wealth of insights into the effects of weightlessness on humans with important implications for those grounded on Earth.

Lang became involved in studying bone loss in the late 1990s, back when “there were a lot of unknowns,” he said.

Although it was clear that the weightlessness of space led to disuse and unloading of the skeleton, Lang said it wasn’t known exactly how the bone loss occurred, whether bone was recovered, what it meant for bone strength, and whether the techniques that were expected to work would actually do so in space.

In his China Basin office, Lang showed some images on his computer that conveyed the incredible complexity of bone geometry and architecture – and the challenges of the task facing his team, which includes Joyce Keyak, Scott Smith and Adrian LeBlanc, whose seminal studies have defined and changed the field over 15 years. Their work looked at bone loss in terms of fracture risk and changes in bone structure and strength, and evaluated the ability of exercise, nutrition and drug-based therapies to prevent these changes from taking place. 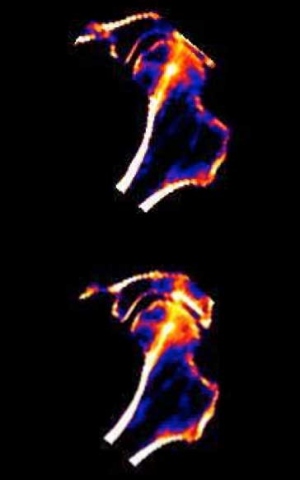 the left hip of an astronaut before a six-month mission. The

showing regions of bone loss in the principal compressive

band, a primary weight bearing structure in the hip. Image

A lot is now known as a result of the team’s research: If bone loss in space isn’t prevented, it looks like it will be recovered in simple measures such as bone mass – but fundamental changes in bone structure occur that probably predispose people to having problems later in life.

The loss also has tremendous impact on bone strength. However, effective countermeasures have been developed, such as heavy resistance exercise, good nutrition, sufficient vitamin D intake and use of bisphosphonates.

“There’s very good evidence now that we can prevent bone loss from happening,” Lang said. “It’s an important result. Now we know we can carry this out on the space station. But we have to come up with the optimal approach for living in space a long time.”

It was remarkable, he said, to see that people lost so much bone in a year’s time that the changes were dramatic and detectable. “It was not entirely unexpected, but it was mind-blowing nonetheless,” he said. “It’s hard to see this in a normal human population because the changes are just so subtle.”

His team’s findings don’t just apply to space; they help us understand what happens to bones with aging.

“We learn a lot that becomes part of our overall understanding of the musculoskeletal system,” Lang said. “ And this really helps progress in improving bone health for all people. It widens the frontier of our knowledge of bone biology here on Earth.”

Hughes-Fulford’s research focused on why astronauts’ immune systems were weakened in zero gravity, a phenomenon that had been seen since the early days of space flight.

“A lot of people thought it was due to hormonal changes and so forth,” said Hughes-Fulford. “So we actually flew isolated T-cells and were able to show that microgravity causes change in the immune response.”

Her group, by taking away gravity as a variable, was the first to demonstrate this phenomenon. “It gives you a way you can look at the control points differently, which we haven’t been able to do here on the ground,” she said.A few things surprised her: The reproducibility, the fact it happened to multiple people in the same way, and the fact that a cell can be dependent upon gravity to function.

The research could have implications for the non-astronauts among us, Hughes-Fulford said. “And it may give us new therapeutic targets to treat immune diseases, both immunosuppression as well as things like arthritis and other diseases back here on Earth.”