Results of a Phase III clinical trial showed that a simple drug regimen of two anti-clotting drugs – clopidogrel and aspirin – lowered the risk of stroke by almost one-third, compared to the standard therapy of aspirin alone, when given to patients who had minor or transient stroke symptoms to prevent subsequent attacks. 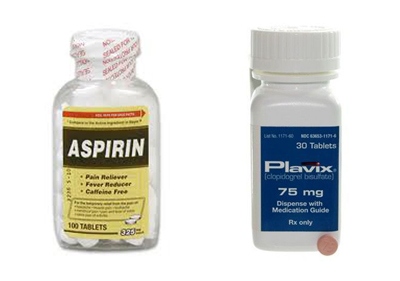 Described this week in the New England Journal of Medicine, the clinical trial was conducted at multiple sites in China and designed in partnership with a physician at UC San Francisco.

The trial involved 5,170 people who were hospitalized after suffering minor ischemic strokes or stroke-like events known as transient ischemic attacks, or TIAs, in which blood flow to the brain is briefly blocked. All patients were randomized into two groups and treated for three months with either aspirin alone or aspirin plus clopidogrel, which is marketed as Plavix. The three-month period following stroke is considered the most critical for medical intervention.

“The results were striking,” said S. Claiborne Johnston, MD, PhD, a professor of neurology and associate vice chancellor of research at UCSF who was a senior author on the study. 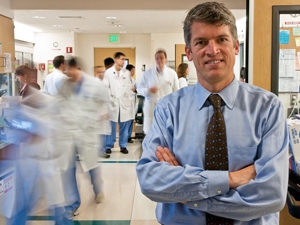 The Chinese trial, called CHANCE (Clopidogrel in High-risk Patients with Acute Non-disabling Cerebrovascular Events), is nearly identical to a National Institutes of Health-sponsored trial that is already enrolling patients in the United States, including at UCSF, called POINT (Platelet-Oriented Inhibition in New TIA and Minor Ischemic Stroke).

“If POINT confirms CHANCE, then we’re done – the two-drug combination becomes the standard of care,” said Johnston. “Anybody with a transient ischemic attack or minor stroke will get clopidogrel plus aspirin.”

The POINT trial is important, Johnston said, because genetics, risk factors and medical practice differences could all lead to differences in trial results in China compared to other countries. Johnston is the principal investigator of the POINT trial.

Stroke in China and the United States

If POINT confirms CHANCE, then we’re done – the two-drug combination becomes the standard of care. Anybody with a transient ischemic attack or minor stroke will get clopidogrel plus aspirin.

Many strokes are minor – shorter in duration than a full-blown stroke and usually have no lingering health impacts. In China, for instance, about 3 million new strokes occur every year, and about 30 percent of them are minor.

The protocol for the CHANCE trial was developed by Johnston and colleagues at Tiantan Hospital in China. The lead author of the study was Yongjun Wang, MD, of Beijing Tiantan Hospital.

China has many times more people who have strokes every year than the United States because of the size of the population and higher stroke rates, which allowed investigators to screen 41,561 patients in just three years at the 114 clinical sites, and enroll 5,170 patients in the trial.

The reason for minor attacks is much the same as a full-blown stroke: a blood clot causes a blockage in the blood vessels that feed oxygen-rich blood to the brain. But in patients with TIAs and many minor strokes, the clot quickly goes away, usually in a few minutes, due to the natural mechanisms in the human body that are designed to deal with such clots.

However, in the weeks following a TIA or minor stroke, there is great risk that another clot will form, causing additional strokes – potentially major ones. About 10 to 20 percent of people who have a TIA or minor stroke go on to have a subsequent stroke within three months.

Because of this risk, the first 90 days after a stroke or TIA is the most critical window for medical intervention. Currently, people who have minor strokes or TIAs are initially treated with aspirin alone. The purpose of the CHANCE trial was to determine whether clopidogrel with aspirin was more effective than aspirin alone in this intervention.

The drugs basically work the same way. They are “antiplatelet” agents, which target clotting agents found in the bloodstream know as platelets, preventing their aggregation. The combination is used commonly in patients who have heart attacks, but there has been no adequate clinical data to suggest it would work in stroke.

UCSF is a leading university dedicated to promoting health worldwide through advanced biomedical research, graduate-level education in the life sciences and health professions, and excellence in patient care