A UC San Francisco-led research team has identified the likely genetic mechanism that causes some patients with multiple sclerosis (MS) to progress more quickly than others to a debilitating stage of the disease. This finding could lead to the development of a test to help physicians tailor treatments for MS patients.

Researchers found that the absence of the gene Tob1 in CD4+ T cells, a type of immune cell, was the key to early onset of more serious disease in an animal model of MS. 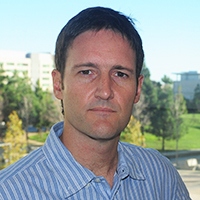 Senior author Sergio Baranzini, PhD, a UCSF associate professor of neurology, said the potential development of a test for the gene could predict the course of MS in individual patients.

The study, done in collaboration with UCSF neurology researchers Scott Zamvil, MD, and Jorge Oksenberg, PhD, was published on June 24 in the Journal of Experimental Medicine.

MS is an inflammatory disease in which the protective myelin sheathing that coats nerve fibers in the brain and spinal cord is damaged and ultimately stripped away – a process known as demyelination. During the highly variable course of the disease, a wide range of cognitive, debilitating and painful neurological symptoms can result.

In previously published work, Baranzini and his research team found that patients at an early stage of MS, known as clinically isolated syndrome, who expressed low amounts of Tob1 were more likely to exhibit further signs of disease activity – a condition known as relapsing-remitting multiple sclerosis – earlier than those who expressed normal levels of the gene.

The current study, according to Baranzini, had two goals: to recapitulate in an animal model what the researchers had observed in humans, and uncover the potential mechanism by which it occurs. 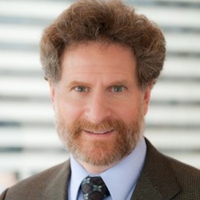 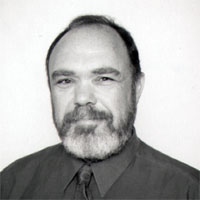 The authors were successful on both counts. They found that when an MS-like disease was induced in mice genetically engineered to be deficient in Tob1, the mice had significantly earlier onset compared with wild-type mice, and developed a more aggressive form of the disease.

Subsequent experiments revealed the probable cause: the absence of Tob1 in just CD4+ T cells. The scientists demonstrated this by transferring T cells lacking the Tob1 gene into mice that had no immune systems but had normal Tob1 in all other cells. They found that the mice developed earlier and more severe disease than mice that had normal Tob1 expression in all cells including CD4+.

“This shows that Tob1 only needs to be absent in this one type of immune cell in order to reproduce our initial observations in mice lacking Tob1 in all of their cells,” said Baranzini.

The research is significant for humans, said Baranzini, because the presence or absence of Tob1 in CD4+ cells could eventually serve as a prognostic biomarker that could help clinicians predict the course and severity of MS in individual patients. “This would be useful and important,” he said, “because physicians could decide to switch or modify therapies if they know whether the patient is likely to have an aggressive course of disease, or a more benign course.”

Ultimately, predicted Baranzini, “This may become an example of personalized medicine. When the patient comes to the clinic, we will be able to tailor the therapy based on what the tests tell us. We’re now laying the groundwork for this to happen.”

When the patient comes to the clinic, we will be able to tailor the therapy based on what the tests tell us. We’re now laying the groundwork for this to happen.

Co-authors of the study are Ulf Schulze-Topphoff, PhD, of UCSF; Simona Casazza, PhD, of UCSF at the time of the study; Michel Varrin-Doyer, PhD; and Kara Pekarek of UCSF; Raymond A. Sobel, MD, of Stanford University School of Medicine, and Stephen L. Hauser, MD, of UCSF.

The study was supported by funds from the National Institutes of Health (R01 grants NS26799, NS049477, AI073737, AI059709 and NS063008), the National Multiple Sclerosis Society, the Robert Tillman Family Fund, the Guthy-Jackson Charitable Foundation and the Maisin Foundation.