The same biochemical pathway the molecule acts on might one day be targeted in humans to improve memory, according to the senior author of the study, Peter Walter, PhD, UCSF professor of biochemistry and biophysics and a Howard Hughes Medical Institute investigator. 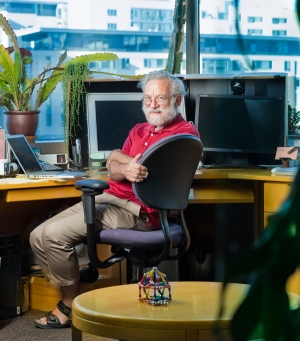 The discovery of the molecule and the results of the subsequent memory tests in mice were published in eLife, an online scientific open-access journal, on May 28.

In one memory test included in the study, normal mice were able to relocate a submerged platform about three times faster after receiving injections of the potent chemical than mice that received sham injections.

The mice that received the chemical also better remembered cues associated with unpleasant stimuli – the sort of fear conditioning that could help a mouse avoid being preyed upon.

Notably, the findings suggest that despite what would seem to be the importance of having the best biochemical mechanisms to maximize the power of memory, evolution does not seem to have provided them, Walter said.

“It appears that the process of evolution has not optimized memory consolidation; otherwise I don’t think we could have improved upon it the way we did in our study with normal, healthy mice,” Walter said.

Identifying the Chemical that Enhances Memory

The memory-boosting chemical was singled out from among 100,000 chemicals screened at the Small Molecule Discovery Center at UCSF for their potential to perturb a protective biochemical pathway within cells that is activated when cells are unable to keep up with the need to fold proteins into their working forms.

However, UCSF postdoctoral fellow Carmela Sidrauski, PhD, discovered that the chemical acts within the cell beyond the biochemical pathway that activates this unfolded protein response, to more broadly impact what’s known as the integrated stress response. In this response, several biochemical pathways converge on a single molecular lynchpin, a protein called eIF2 alpha.

Scientists have known that, in organisms ranging in complexity from yeast to humans, different kinds of cellular stress – such as a backlog of unfolded proteins, DNA-damaging UV light, a shortage of the amino acid building blocks needed to make protein, viral infection, iron deficiency — trigger different enzymes to act downstream to switch off eIF2 alpha.

“Among other things, the inactivation of eIF2 alpha is a brake on memory consolidation,” perhaps an evolutionary consequence of a cell or organism becoming better able to adapt in other ways, Walter said.

Turning off eIF2 alpha dials down production of most proteins, some of which may be needed for memory formation, Walter said. But eIF2 alpha inactivation also ramps up production of a few key proteins that help cells cope with stress.

The chemical identified by the UCSF researchers is called ISRIB, which stands for integrated stress response inhibitor. ISRIB counters the effects of eIF2 alpha inactivation inside cells, the researchers found. 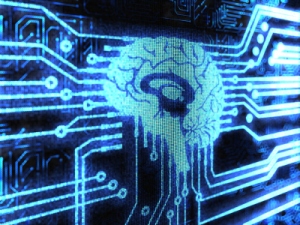 “ISRIB shows good pharmacokinetic properties [how a drug is absorbed, distributed and eliminated], readily crosses the blood-brain barrier, and exhibits no overt toxicity in mice, which makes it very useful for studies in mice,” Walter said. These properties also indicate that ISRIB might serve as a good starting point for human drug development, according to Walter.

Walter said he is looking for scientists to collaborate with in new studies of cognition and memory in mouse models of neurodegenerative diseases and aging, using ISRIB or related molecules.

In addition, chemicals such as ISRIB could play a role in fighting cancers, which take advantage of stress responses to fuel their own growth, Walter said. He already is exploring ways to manipulate the unfolded protein response to inhibit tumor growth, based on his earlier discoveries.

At a more basic level, Walter said, he and other scientists can now use ISRIB to learn more about the role of the unfolded protein response and the integrated stress response in disease and normal physiology.

The study was funded by the Howard Hughes Medical Institute.