A new UC San Francisco-led study looks at the close link between diabetes and dementia, which can create a vicious cycle. 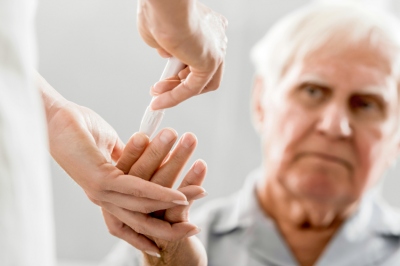 The study results suggest some patients risk entering a downward spiral in which hypoglycemia and cognitive impairment fuel one another, leading to worse health, said Kristine Yaffe, MD, senior author and principal investigator for the study, and a UCSF professor of psychiatry, neurology and epidemiology based at the San Francisco Veterans Affair Medical Center.

The researchers analyzed hospital records of patients from Memphis and Pittsburgh, ages 70 to 79 at the time of enrollment, who participated in the federally funded Health, Aging and Body Composition (Health ABC) study, begun in 1997. The UCSF results are based on an average of 12 years of follow-up study. Participants in the Health ABC study periodically underwent tests to measure cognitive function.

Nearly half of participants included in the newly published analysis were black, and the rest were white. None had dementia at the start of the study, and all either had diabetes at the beginning of the study or were diagnosed during the course of the study. 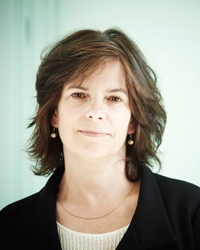 “Individuals with dementia or even those with milder forms of cognitive impairment may be less able to effectively manage complex treatment regimens for diabetes and less able to recognize the symptoms of hypoglycemia and to respond appropriately, increasing their risk of severe hypoglycemia,” Yaffe said. “Physicians should take cognitive function into account in managing diabetes in elderly individuals.”

Certain medications known to carry a higher risk for hypoglycemia — such as insulin secretagogues and certain sulfonylureas — may be inappropriate for older adults with dementia or who are at risk for cognitive impairment, according to Yaffe.

Previous studies in which researchers investigated hypoglycemia and cognitive function have had inconsistent findings. A strength of the current study is that individuals were tracked from baseline over a relatively long time, and the older age of participants may also have been a factor in the highly statistically significant outcome, Yaffe said.

The study was funded by the National Institutes of Health and by the American Health Assistance Foundation. Yaffe has served on data safety monitoring boards for Takeda Inc., Pfizer Inc., and Medivation Inc. and has served as a consultant for Novartis Inc.