In this 2012 video, Shingo Kajimura, PhD, discusses his research on the benefits of brown fat cells and how he was able to convert white fat to brown fat using a diabetes drug, pioglitazone (Actos), in a potential new weight-loss strategy.

UC San Francisco's Shingo Kajimura, PhD, is one of 22 of the nation’s most enterprising researchers named Pew Scholars in the Biomedical Sciences by The Pew Charitable Trusts. 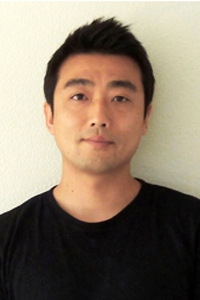 The new scholars join a prestigious community of Nobel laureates, MacArthur Fellows, Albert Lasker Basic Medical Research Award winners, and hundreds of other pioneers who earned Pew grants at the start of their careers.

“The Pew Scholars program gives innovative scientists both the freedom to take calculated risks and the resources to pursue the most promising, but untried, avenues for scientific breakthroughs,” said Rebecca W. Rimel, president and CEO of Pew. “Pew funding provides an ‘insurance policy,’ allowing our scientists to be adventurous with their research. Though their scientific fields are diverse, their commitment is uniform: harnessing scientific discovery to improve human health.”

Kajimura, an assistant professor in the Diabetes Center and in the Department of Cell and Tissue Biology at UCSF, received a doctorate in cell biology in 2006 from the University of Tokyo, where he worked with Katsumi Aida. He then completed postdoctoral training in molecular metabolism until 2008 with Bruce Spiegelman, PhD, of the Dana-Farber Cancer Institute and Harvard Medical School. Kajimura joined the UCSF faculty in 2011.

His laboratory’s goal is to understand how obesity and energy balance are regulated at the molecular level. Obesity develops when energy intake (i.e. calories) chronically exceeds total energy expenditure. All mammals, including humans, have two types of fat tissue: white fat, used to mainly store excess energy and found in the “problem zones” of overweight people and brown fat, used to burn calories and generate heat to maintain body temperature.

Recent studies suggest that adult humans possess an inducible form of brown fat, called “beige” or “brite” fat at the back of their necks and along their spines. Intriguingly, beige fat cells can be converted from white fat cells following environmental cues like exposure to cold; however, the underlying mechanism is poorly understood.

“With the Pew award, I aim to understand beige cell development at the molecular level — specifically manipulating the protein PRDM16, which has been shown to have a role in beige cell development,” Kajimura said. “If white fat cells could be directed to change into beige cells — which burn excess energy instead of storing it — an innovative strategy could be created to treat obesity and metabolic diseases such as insulin resistance.”

Pew’s scholars program, launched in 1985, has granted more than $120 million in funding to more than 500 scientists at the beginning of their independent careers. The program is rigorously competitive, awarding recipients $240,000 more than four years to pursue their projects without direction or restriction. To be considered, applicants must demonstrate excellence and creativity in their research. This year, 179 institutions were invited to nominate a candidate, and 134 eligible nominations were received.

“Now more than ever, young scientists need the support to pursue untested leads,” said Craig C. Mello, PhD, a 1995 Pew Scholar and a 2006 Nobel laureate in physiology or medicine. “I am confident that these gifted scholars will make tremendous contributions to science. Their work will provide the world with new knowledge and tools to do tomorrow what seems impossible today.”

The initiative is run by Pew, which also directs the Pew Latin American Fellows in the Biomedical Sciences, a program that for 22 years has provided support to young Latin American scientists receiving postdoctoral training in the United States.