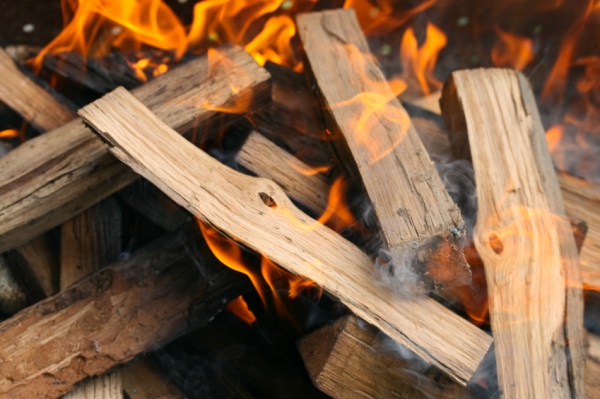 Nearly 235 million people currently suffer from asthma worldwide and it is the most common chronic disease among children, according to the World Health Organization. And this number –  which includes nearly 26 million in the U.S. – is rising.

In the search for clues on the global increase of the potentially deadly condition, Joshua Galanter, MD, an assistant professor in the schools of pharmacy and medicine at UC San Francisco, is turning to the Olancho region of Honduras, a hilly agricultural area known for dairy farms, cattle ranches and fields of maize. It’s also an area with high rates of asthma relative to the rest of the world. 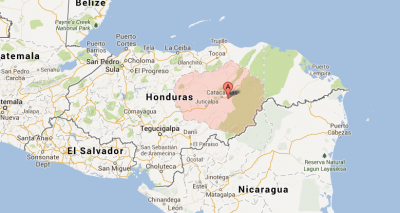 The Olancho region of Honduras. Image courtesy of Google Maps

While there are theories about what causes this prevalence – dusty roads, smoky wood cook stoves – there is no clear answer.

Galanter is leading a multi-year epidemiological study to better understand Olancho’s asthma rates. In doing so, he hopes to ferret out key knowledge on the environmental, social and genetic causes of asthma.

“Asthma rates have gone up worldwide at very disparate rates across countries, and there’s a striking variability,” said Galanter, who has a background in pulmonary and critical care and clinical pharmacology. “There are differing views on why, different hypotheses. My interest is in the genetics and environmental factors that lead to asthma.”

For several years, Galanter has traveled to Olancho along with a diverse group of physicians, nurses, respiratory therapists, pharmacists and pharmacy students as part of The Pulmonary Brigade medical team to treat asthma. A common assumption is that the area’s asthma rates are tied to the popularity of indoor wood-burning stoves, he said.

High in toxic gases and particulate matter, wood smoke is known to take a toll on the lungs. It’s linked to lower respiratory infections in children and Chronic Pulmonary Obstruction Disease (COPD) in adults.

While wood smoke is also believed to exacerbate asthma, triggering attacks, a clear connection to the development of asthma has never been established, Galanter said.

Galanter’s study, funded by the National Institutes of Health (NIH), will analyze lifestyle, lung health, and genetic data (from blood and saliva) from Olancho residents with similar exposures to wood smoke. Some of the participants have asthma, while the control group doesn’t.

He’s hoping the analysis will help color in the spotty data picture on genetics and asthma, including whether some people are more genetically susceptible than others. If a genetic propensity is identified, prevention efforts can double down for these populations. 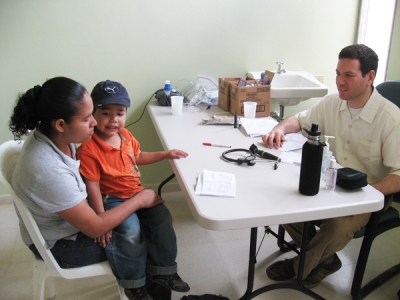 Joshua Galanter, MD, works in a clinic in Honduras, where he's investigating the

cause of high asthma rates in the local population.

Galanter noted that he received important support for his research, particularly in regard to developing a multidisciplinary study, from the K Scholars Program managed by UCSF’s Clinical and Translational Science Institute (CTSI).

“[The K Scholars are] a diverse intellectual group and a much broader audience than I’m typically exposed to,” he said. “It’s very helpful to get high-level feedback on the broader interest and biggest message of a project.”

The K Scholars program is designed to support the career development of junior faculty from all UCSF schools who are committed to building careers in clinical and translational research. The program provides support for scholars to conduct high quality research, foster and nurture multidisciplinary collaborations and explore novel research directions, and develop the range of skills necessary to achieve a successful independent academic research career. Types of support include partial salary funding, expert advice, mentoring, and regular project review sessions with a multidisciplinary group of K Scholar peers.

“You get to hear from people who are a few steps ahead in their research careers, so they know the pitfalls you might fall into,” he said.

Louise Walter, MD, associate director of CTSI’s Career Development (KL2) Program and professor in residence for the School of Medicine, commented, “I have been very impressed with Dr. Galanter's passion and commitment to advancing our understanding about how environmental exposures and genetic susceptibilities interact in the development of asthma.”

UCSF's CTSI is a member of the Clinical and Translational Science Awards network funded through the National Center for Advancing Translational Sciences (grant Number UL1 TR000004) at the NIH Health. Under the banner of "Accelerating Research to Improve Health," CTSI provides a wide range of resources and services for researchers, and promotes online collaboration and networking tools such as UCSF Profiles.