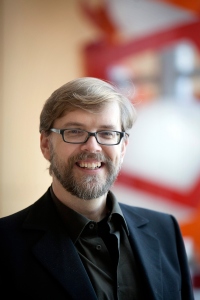 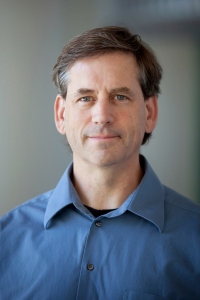 Two UCSF scientists — brain researcher Michael Brainard, PhD, and cell biologist Dyche Mullins, PhD — have been selected to be Howard Hughes Medical Institute investigators. The appointments become effective in September and will increase the number of current HHMI investigators at UCSF to 17 and to 353 nationwide.

HHMI, a nonprofit medical research organization headquartered in Chevy Chase, Md., announced on May 9 that Brainard and Mullins were among 27 new investigators selected from among 1,155 applicants.

Songbirds Help Efforts to Learn How the Brain Learns

Bengalese finches are excellent research subjects for exploring how the brain learns, according to newly named HHMI investigator Michael Brainard. They memorize their fathers’ distinctive songs, a calling card for attracting mates and claiming territory. The process of song learning shares strong similarities with human speech learning, Brainard said. He and his colleagues expect that by investigating how birds' brains learn they can gain general insights into both normal learning processes and disorders of learning.

Brainard, a professor in the departments of Physiology and Psychiatry at UCSF, already has discovered a key role for feedback from a structure called the basal ganglia, which lies deep within the brain and prods the bird to correct wrong notes like an old-school piano teacher, and he is finding hidden complexities within this feedback circuitry.

“We’re expanding our research to explore what changes occur in the brain with aging that limit the adult bird’s ability to learn,” Brainard said. “We plan to investigate why some finches learn well and others learn poorly, through studies of genetics and inheritance.”

Exploring How Cells Get to Where They Need to Go

Human development would not get very far if none of our living cells could move, and how these legless wonders do manage to move is the research focus of newly named HHMI investigator Dyche Mullins, PhD, a professor in the Department of Cellular and Molecular Pharmacology at UCSF.

“Every cell in your body has to move and change shape,” Mullins said.

Mullins studies proteins within cells that form dynamic building blocks called actin filaments. Actin is the main component of key cellular structures, including the cell’s skeleton — called the cytoskeleton. Actin breakdown and formation helps shape and reshape the cytoskeleton as the cell makes its way through surrounding tissue.

In addition to studying the cytoskeleton, Mullins investigates how actin plays a role in conveying cargo within the cell. For example, certain gut-dwelling, disease-causing bacteria use actin in a distinctive manner during cell division to preserve DNA that confers drug resistance within the bacterial population.

Mullins also studies the role of actin in one of the most fundamental mysteries of biology, how a formless, single cell develops a directionality that guides development, resulting in a multicellular, asymmetrical organism with a top and bottom, and a front and back.