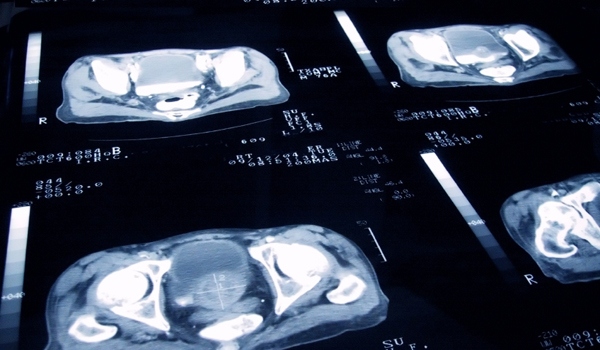 A new genomic test for prostate cancer can help predict whether men are more likely to harbor an aggressive form of the disease, according to a new UC San Francisco study.

The test, which improves risk assessment when patients are first diagnosed, can also aid in determining which men are suitable for active surveillance – a way of managing the disease without direct treatment.

Prostate cancer often grows slowly, and many of the quarter-million patients diagnosed annually in the United States never need treatment, which typically involves surgery, radiation or both. Still, most patients with low-risk prostate cancer in this country immediately undergo treatment.

The researchers found the new test provides “statistically significant and clinically meaningful” prognostic information, and can help identify many more low-risk men who could safely choose surveillance, sparing them from unnecessary treatment and avoidable adverse side effects. At the same time, the test can pinpoint men at apparent low-risk who in fact may have potentially aggressive tumors, the authors said.

Results will be presented on May 8 during the American Urological Association’s annual meeting in San Diego.

“With the new test, we can more confidently recommend active surveillance when it is appropriate,’’ said the study’s lead author Matthew R. Cooperberg, MD, MPH, a UCSF assistant professor of urology and epidemiology & biostatistics. “And patients through active surveillance can avoid or delay surgery or radiation for their condition. 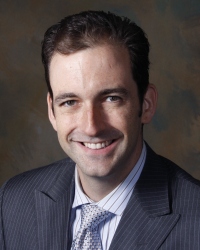 “Active surveillance is increasingly acknowledged as a preferred strategy for most men with low-risk disease, but in practice it is used relatively infrequently,” he noted. “There are many reasons why – financial, legal and cultural among others. Many men don’t want to live with anxiety over the chances of their disease progressing. So we need to predict with better accuracy which tumors harbor metastatic potential. If we are able to risk-stratify men more consistently and identify a greater proportion for active surveillance, we should be able to ameliorate overtreatment rates, and by extension help resolve the ongoing debate about PSA screening.”

The second most common cancer in men, prostate cancer affects about one man in six, according to the American Cancer Society. Typically the disease occurs in older men – the average age at diagnosis is about 67 – and an aggressive form kills as many as 30,000 men annually in the U.S. Most men, however, do not die from the disease because they have relatively indolent, low-risk tumors that do not progress even without treatment.

Active surveillance involves closely monitoring a patient’s condition through serial PSA screening and prostate biopsies, but otherwise the disease is not treated unless tests show the condition is getting worse. Active surveillance is not entirely benign – biopsies are uncomfortable and carry a risk of bleeding and infection. Moreover, some patients experience a higher level of anxiety over the potential of their cancers to advance.

While active surveillance can help patients avoid or delay surgery or radiation, scientists have faced a major challenge: how to identify – consistently and reliably – which patients can safely embark on it and which patients face clinically meaningful risk of disease progression.

Test Available to Physicians and Patients

In the new UCSF study, investigators evaluated the ability of the 17-gene assay through prostate needle biopsy specimens to predict pathologic stage and grade at prostatectomy. The researchers focused on whether the test’s biomarkers added independent predictive information beyond what could already be determined about a patient through standard PSA, Gleason grade and biopsy detail variables.

The men in the study, identified from the UCSF Helen Diller Family Comprehensive Cancer Center Urologic Oncology Database, ranged from 38 to 77 years old at the time they were diagnosed – the median age was 58. The patients represented a range of low- and intermediate-risk tumors in terms of clinical risk characteristics.

The authors noted a number of study limitations including an explicit intention to include men whose tumors were expected to show a wider range of risk. Further, they said with additional study, the test might be used to identify men with particularly low risk tumors who might be candidates for less-intense surveillance requiring – for example – fewer biopsies.

The test will be available to physicians and patients following the presentation of data on May 8. 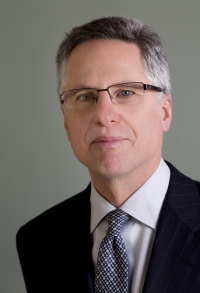 “Prostate cancer is under great scrutiny by many – patients, providers and others in the health care industry,” said senior author Peter R. Carroll, MD, MPH, professor and chair of the UCSF Department of Urology.

“Although mortality rates have declined 40 percent since the advent of PSA testing, it has come at the expense of identifying many men with very low grade, slow growing cancers that would not have required treatment if their cancers were left undetected,” Carroll said. “Over-detection is compounded by over-treatment, the treatment of such slow-growing cancers. Because of this, many have argued that we stop using serum PSA, but this would reverse the gains in survival witnessed over the last two decades.

“The way forward is to promote more personalized decision-making, information not currently available and unique to an individual’s cancer. Such information will allow both patients and providers to better balance the risks and benefits of either treatment or careful surveillance in lieu of immediate treatment.”

Genomic Health, Inc. performed the genomic tests described in the study and provided financial support to UCSF to help defray tissue, data processing and pathology costs. No non-Genomic Health author received any personal compensation for the study nor do any non-Genomic Health investigators stand to benefit financially from the publication of the study. The research was also supported indirectly by Department of Defense grant PC101769.