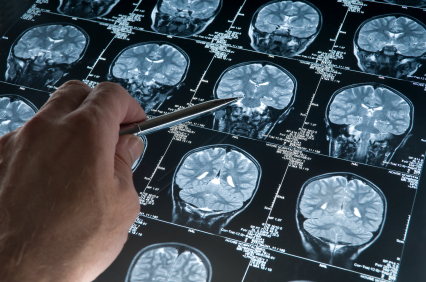 Epilepsy that does not respond to drugs can be halted in adult mice by transplanting a specific type of cell into the brain, UC San Francisco researchers have discovered, raising hope that a similar treatment might work in severe forms of human epilepsy.

UCSF scientists controlled seizures in epileptic mice with a one-time transplantation of medial ganglionic eminence (MGE) cells, which inhibit signaling in overactive nerve circuits, into the hippocampus, a brain region associated with seizures, as well as with learning and memory. Other researchers had previously used different cell types in rodent cell transplantation experiments and failed to stop seizures.

Cell therapy has become an active focus of epilepsy research, in part because current medications, even when effective, only control symptoms and not underlying causes of the disease, according to Scott C. Baraban, PhD, who holds the William K. Bowes Jr. Endowed Chair in Neuroscience Research at UCSF and led the new study. In many types of epilepsy, he said, current drugs have no therapeutic value at all.

“Our results are an encouraging step toward using inhibitory neurons for cell transplantation in adults with severe forms of epilepsy,” Baraban said. “This procedure offers the possibility of controlling seizures and rescuing cognitive deficits in these patients.”

The findings, which are the first ever to report stopping seizures in mouse models of adult human epilepsy, were published online May 5 in the journal Nature Neuroscience.

During epileptic seizures, extreme muscle contractions and often a loss of consciousness can cause seizure sufferers to lose control, fall and sometimes be seriously injured. The unseen malfunction behind these effects is the abnormal firing of many excitatory nerve cells in the brain at the same time.

In the UCSF study, the transplanted inhibitory cells quenched this synchronous, nerve-signaling firestorm, eliminating seizures in half of the treated mice and dramatically reducing the number of spontaneous seizures in the rest. Robert Hunt, PhD, a postdoctoral fellow in the Baraban lab, guided many of the key experiments.

In another encouraging step, UCSF researchers reported May 2 that they found a way to reliably generate human MGE-like cells in the laboratory, and that when transplanted into healthy mice, the cells similarly spun off functional inhibitory nerve cells. That research can be found online in the journal Cell Stem Cell.

Seizures Stop in Mice After Treatment

In many forms of epilepsy, loss or malfunction of inhibitory nerve cells within the hippocampus plays a critical role. MGE cells are progenitor cells that form early within the embryo and are capable of generating mature inhibitory nerve cells called interneurons. In the Baraban-led UCSF study, the transplanted MGE cells from mouse embryos migrated and generated interneurons, in effect replacing the cells that fail in epilepsy. The new cells integrated into existing neural circuits in the mice, the researchers found. 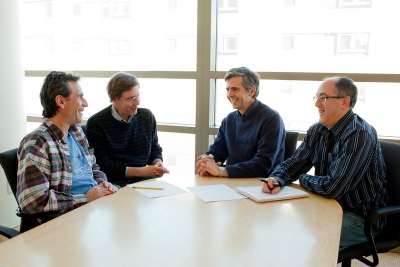 Alvarez-Buylla and Baraban are photographed at the Institute for Regenerative

“These cells migrate widely and integrate into the adult brain as new inhibitory neurons,” Baraban said. “This is the first report in a mouse model of adult epilepsy in which mice that already were having seizures stopped having seizures after treatment.”

The mouse model of disease that Baraban’s lab team worked with is meant to resemble a severe and typically drug-resistant form of human epilepsy called mesial temporal lobe epilepsy, in which seizures are thought to arise in the hippocampus. In contrast to transplants into the hippocampus, transplants into the amygdala, a brain region involved in memory and emotion, failed to halt seizure activity in this same mouse model, the researchers found.

Temporal lobe epilepsy often develops in adolescence, in some cases long after a seizure episode triggered during early childhood by a high fever. A similar condition in mice can be induced with a chemical exposure, and in addition to seizures, this mouse model shares other pathological features with the human condition, such as loss of cells in the hippocampus, behavioral alterations and impaired problem solving.