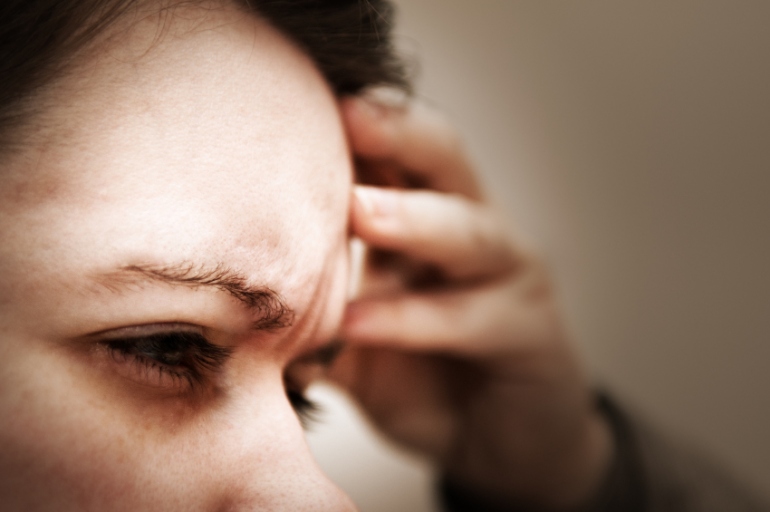 A UC San Francisco-led research team has identified a genetic mutation that is strongly associated with a typical form of migraine.

In a paper published on May 1 in Science Translational Medicine, the team linked the mutation with evidence of migraine in humans, in a mouse model of migraine and in cell culture in the laboratory. 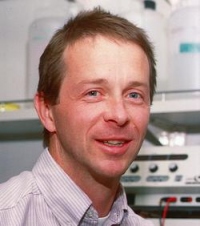 The mutation is in the gene known as casein kinase I delta (CKIdelta).

“This is the first gene in which mutations have been shown to cause a very typical form of migraine,” said senior investigator Louis J. Ptácek, a Howard Hughes Medical Institute investigator and a professor of neurology at UCSF. “It’s our initial glimpse into a black box that we don’t yet understand.”

Migraine, the causes of which are still unknown, affects 10 to 20 percent of all people, and causes “huge losses in productivity, not to mention immense suffering,” said Ptácek. Typical symptoms include a pounding headache; lowered pain threshold; hypersensitivity to mild stimuli including sound and touch; and aura, which Ptácek describes as “a visual sensation that presages the headache to come.”

The paper presents both clinical and basic scientific evidence that the mutation causes migraine.

In the study, the scientists first analyzed the genetics of two families in which migraine was common, and found that a significant proportion of migraine sufferers in the families either had the mutation or were the offspring of a mutation carrier.

In the laboratory, the team demonstrated that the mutation affects the production of the casein kinase I delta enzyme, which carries out a number of vital functions in the brain and body. “This tells us that the mutation has real biochemical consequences,” said Ptácek.

The scientists then investigated the effects of the mutation in a line of mice that carry it. “Obviously, we can’t measure headache in a mouse,” Ptácek noted, “but there are other things that go along with migraine that we can measure.”

Pain threshold, explained Ptácek, can be lowered in mice by the administration of nitroglycerin. The mutant mice had a significantly lower threshold for nitroglycerin-induced peripheral pain than did normal mice.

Another piece of evidence was cortical spreading depression (CSD), a wave of electrical “silence” in the brain that follows electrical stimulation, spreading out from the point of stimulation in a predictable pattern. The researchers found that the mutant mice had a significantly lower electrical threshold for the induction of CSD.

The CSD experiments are “especially intriguing,” said Ptácek, because it is known that CSD spreads through the brain at 3 millimeters per minute. “Functional brain imaging has shown that in the occipital lobes of people with migraine aura, changes in blood flow spread at the same rate.”

And, as we come to a clearer understanding, we can start thinking about better therapies. Certain molecules might be targets for new drugs.

The research “puts us one step closer to understanding the molecular pathway to pain in migraine,” he said. “And, as we come to a clearer understanding, we can start thinking about better therapies. Certain molecules might be targets for new drugs.” There are good drugs now, said Ptácek, “but they only help some patients, some of the time. The need for better treatments is huge.”

The CKIdelta mutation is “far from the only mutation likely to be associated with migraine,” Ptácek cautioned. “There are likely several, in different combinations in different people. This is simply the first one we’ve found.”

The study was supported by funds from the National Institutes of Health (K08-NS059072, R21-NS070084, R01-GM079180), the A.P. Giannini Foundation, the U.S. Department of Defense, the Migraine Research Foundation and the Sandler Neurogenetic Fund.