A common test that records the heart’s electrical activity could predict potentially serious cardiovascular illness, according to a UC San Francisco-led study. 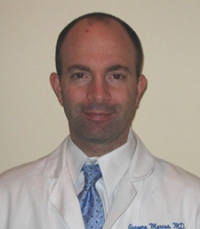 A cardiac condition called left anterior fascicular block (LAFB), in which scarring occurs in a section of the left ventricle, may not be as benign as currently thought and could increase the likelihood of heart failure, sudden cardiac death or atrial fibrillation.

In a study published on April 17 in the Journal of the American Medical Association (JAMA), UCSF researchers and their colleagues at Wake Forest School of Medicine and the University of Washington, Seattle, analyzed data on 1,664 people over the age of 65 who were medically followed for 16 years.

The researchers selected those who had no evidence of cardiovascular disease from the National Institutes of Health-sponsored Cardiovascular Health Study. People with heart failure, high blood pressure or diabetes, or who had heart attacks, were excluded from the study sample.

“We then compared those with LAFB to those with a normal electrocardiogram (EKG),” said senior author Gregory Marcus, MD, an electrophysiologist with the UCSF Division of Cardiology and an associate professor in residence with the UCSF School of Medicine. “We found that those who had LAFB indeed had a higher risk of atrial fibrillation, congestive heart failure and death.”

“We now have come to realize that important cardiovascular diseases like atrial fibrillation, heart failure and maybe sudden cardiac death, are related to fibrosis of the left side of the heart,” said Marcus, who sees cardiology patients at the UCSF Medical Center. “So we sought to test the hypothesis that LAFB, even in those people who are otherwise healthy, might be a readily available marker that any doctor can see on an EKG, of a propensity to left-heart fibrosis. And it therefore might predict those at risk for atrial fibrillation, heart failure and death.” 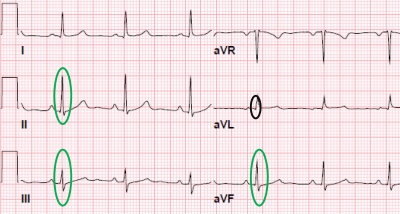 There currently is no treatment for people with LAFB. However, this new finding potentially could open up a new area of research in cardiology, according to Marcus.

“Currently there is a therapy for people with heart failure and a left bundle branch block using a special pacemaker called a biventricular pacemaker or cardiac resynchronization therapy,” Marcus said. “So one question we have to explore is whether people with LAFB and heart failure, for example, might benefit from a specialized pacemaker.”

Patients also can reduce their overall cardiovascular risk with lifestyle modifications, such as choosing a healthy diet, exercising regularly and eliminating tobacco products.

Co-authors include Mala Mandyam of the UCSF Division of Cardiology, Electrophysiology Section; Eric Vittinghoff, PhD, of the UCSF Department of Epidemiology and Biostatistics; Elsayed Z. Soliman, MD, of the Wake Forest School of Medicine; and Susan R. Heckbert, MD, PhD, of the University of Washington, Seattle.

Researchers reported no conflicts of interest to disclose.