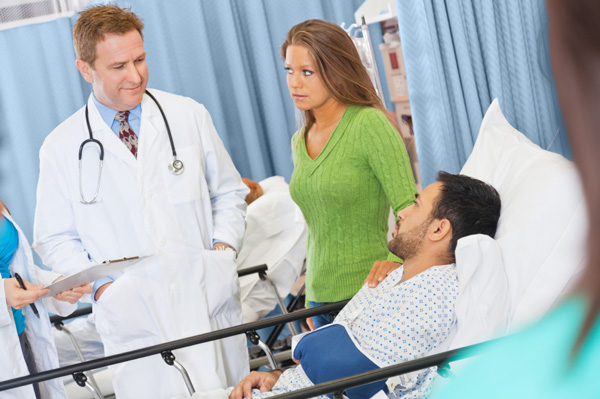 Visits to the emergency room are not always for true medical emergencies – and some policymakers have been fighting the problem by denying or limiting payments if the patient’s diagnosis upon discharge is for “nonemergency” conditions.

A new UC San Francisco study challenges that framework by showing that criteria used as a basis to determine the appropriateness of an ER visit and to deny payment is inherently flawed. The study analyzed nearly 35,000 visits to hospital emergency departments around the country.

Watch this video by JAMA on the UCSF study on emergency room visits.

The research is published online Wednesday in JAMA, The Journal of the American Medical Association.

Overuse of the ER for nonemergency visits is often touted as a costly problem in the United States. The new study highlights the complexity of the issue by showing that using discharge diagnoses to determine the validity of an ER visit could have serious implications, including dissuading patients from using the ER when they really need it.

While many patients are given a diagnosis upon discharge that their condition was treatable through primary care, other similar patients actually required immediate emergency care or to be admitted to the hospital, the researchers found.

The authors conclude that strategies aimed at narrowly reducing use of the emergency room are unlikely to improve a community’s general health or to lower health system costs.

“This study highlights the flaws of a system that fails to distinguish between information available at arrival in the emergency department and information available at discharge,” said lead author Maria C. Raven, MD, MPH, a UCSF assistant clinical professor of emergency medicine. “Attempting to discourage patients from using the ER based on the likelihood that they would have nonemergency diagnoses risks sending away patients who require emergency care. The majority of Medicaid patients, who stand to be disproportionately affected by such policies, visit the ER for urgent or more serious problems.”

Policymakers often contend that nonemergency or preventable visits comprise a large proportion of emergency room visits, the authors say. To reduce ER use for non-serious conditions, policymakers have proposed denying payment if the patient’s diagnosis upon discharge appears to reflect a nonemergency condition. 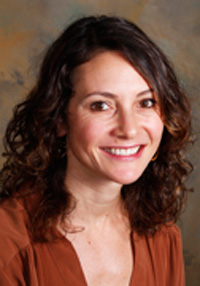 Legislation or regulations to deny or limit payment – based on discharge diagnosis – for nonemergency ER visits by Medicaid enrollees has been considered or enacted in Tennessee, Iowa, New Hampshire and Illinois.

Other states, including Arizona, Oregon, Illinois, Iowa, Nebraska, North Carolina and New Mexico, recently have implemented or considered implementing some level of copayment required for nonemergency use of the ER. And Washington recently garnered attention for a proposal in which payment would be based only on discharge diagnosis and whether the patient is hospitalized instead of weighing other clinical information.

For this approach to be successful, “it would be necessary to predict discharge diagnosis based on information before the patient is seen in the emergency department,” the authors write.

For patients who end up with diagnoses that are classified as non-serious, the authors sought to determine how often other patients with the same symptoms are diagnosed with serious conditions. Data were drawn from the 2009 National Hospital Ambulatory Medical Care Survey conducted by the Centers for Disease Control and Prevention’s National Center for Health Statistics.

For each visit with a discharge diagnosis classified as “primary care-treatable,” the authors identified the patient’s chief complaint upon arriving at the ER.

Of the nearly 35,000 ER visits in the study, an estimated 6 percent are primary care-treatable, yet the presenting complaints that represent those diagnoses – the symptoms that these patients come in with – comprise nearly 89 percent of all ER visits. At 12.5 percent of these visits, patients actually required admission to the hospital. And of those patients who were admitted, 11 percent went to the critical care unit, and more than 3 percent went straight to the operating room. Most of those patients had at least one abnormal triage vital sign recorded – most often an abnormal respiratory rate and blood pressure readings. 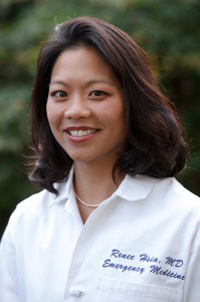 Some of the most common “nonemergency” reasons for visiting the ER included toothache, skin rash, fever, diarrhea, earache and abdominal pain including cramps and spasms.

The authors said that based on their findings, if a triage nurse were to redirect patients away from the ER based on so-called nonemergency complaints, 93 percent of those patients would not have had primary care-treatable diagnoses.

“An example of the problem would be a 50-year-old patient who wakes in the middle of the night with chest pain,” said senior author Renee Y. Hsia, MD, an assistant professor of emergency medicine at UCSF and an attending physician in the emergency department at San Francisco General Hospital & Trauma Center. “He goes to the emergency department and turns out, luckily, he’s not having a heart attack but instead is diagnosed with acid reflux. It would be easy for a policymaker to look at his discharge diagnosis of ‘acid reflux’ and call that completely unnecessary, but the policymaker doesn’t know that the patient actually came in with a presenting complaint of chest pain. And we think such a visit is an appropriate one, and that such patients should come to the ER to seek care.”

Co-authors are Robert A. Lowe, MD, MPH, professor in the Department of Medical Informatics and Clinical Epidemiology at Oregon Health & Science University; and Judith Maselli, a senior statistician in the UCSF Department of Medicine.