Scientists at UC San Francisco have found a more precise way to turn off genes, a finding that will speed research discoveries and biotech advances and may eventually prove useful in reprogramming cells to regenerate organs and tissues.

The strategy borrows from the molecular toolbox of bacteria, using a protein employed by microbes to fight off viruses, according to the researchers, who describe the technique in the current issue of Cell. 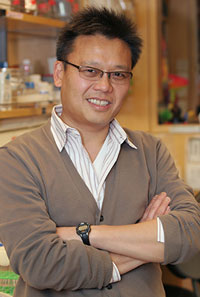 Turning off genes is a major goal of treatments that target cancer and other diseases. In addition, the ability to turn genes off to learn more about how cells work is a key to unlocking the mysteries of biochemical pathways and interactions that drive normal development as well as disease progression.

“We’ve spent energy and effort to map the human genome, but we don’t yet understand how the genetic blueprint leads to a human being, and how we can manipulate the genome to better understand and treat disease,” said Wendell Lim, PhD, a senior author of the study. Lim is director of the UCSF Center for Systems and Synthetic Biology, a Howard Hughes Medical Investigator and professor of cellular and molecular pharmacology.

The new technology developed by the team of UCSF and UC Berkeley researchers is called CRISPR interference – not to be confused with RNA interference, an already popular strategy for turning off protein production.

“CRISPR interference is a simple approach for selectively perturbing gene expression on a genome-wide scale,” said Lei Stanley Qi, PhD, a UCSF Systems Biology Fellow who was the lead author of the Cell study. “This technology is an elegant way to search for any short DNA sequence in the genome, and to then control the expression of the gene where that sequence is located.”

The technique will allow researchers to more easily and accurately trace patterns of gene activation and biochemical chains of events that take place within cells, Qi said, and will help scientists identify key proteins that normally control these events and that may go awry in disease. 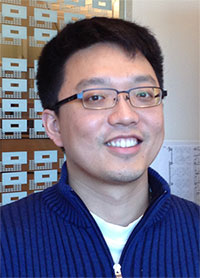 Gene switching by RNA interference was identified more than a decade ago, launching a new research field that has spawned a Nobel Prize and billion-dollar biotech firms. In January, the U.S. Food and Drug Administration announced its first approval of an injectable disease therapy based on a similar interference strategy, a drug to treat a rare form of high cholesterol.

RNA interference blocks the messenger RNA that drives protein protection based on the blueprint contained within a gene’s DNA sequence. By preventing protein production, RNA interference may be used to get around the problem of difficult-to-target proteins, a frequent challenge in drug development.

But CRISPR interference acts one step earlier in the cell’s protein manufacturing process. “The horse has already left the barn with RNA interference, in the sense that the RNA message already has been transcribed from DNA,” said Jonathan Weissman, PhD, a Howard Hughes Medical Investigator and professor of cellular and molecular pharmacology, who is another senior author on the work. “With CRISPR interference, we can prevent the message from being written.”

CRISPR – an acronym for “clustered regularly interspaced short palindromic repeats” – is a system that bacteria use to defend themselves against viruses. CRISPR acts like a vaccine, incorporating bits of genes from viruses. Bacteria can reference this library of virus genes to recognize and attack viral invaders.

Qi and colleagues used a protein from this system, called Cas9, as a chassis into which they can insert any specific RNA partner molecule. The selected RNA serves as an adaptor that determines the target anywhere within the genome. “Targeting the machinery to new sites is extremely flexible and quick,” Qi said.

The research team was able to get the system to work in mammalian cells as well as bacterial cells, and is working to improve its efficiency in mammalian cells, including human cells. The team aims to couple the Cas9 chassis to an enzyme that will enable the technology to turn genes on as well as off.

Such a versatile tool could prove valuable in efforts to reprogram cells for regenerative medicine. Lim’s own lab is working on reprogramming immune cells to treat cancer.

“The idea is to reprogram cells to do the things we want them to do,” Lim said. “We are still unlocking the secrets of the genome to harness the power of cellular reprogramming.”