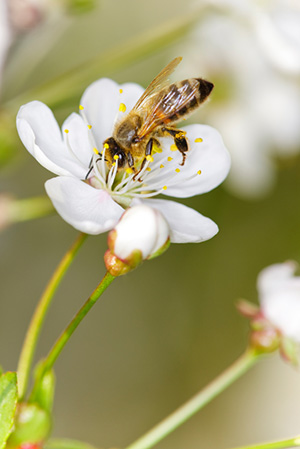 The immune system’s T cells, while coordinating responses to diseases and vaccines, act like honey bees sharing information about the best honey sources, according to a new study by scientists at UC San Francisco.

“In the morning, each bee goes looking individually for a sugar source, then comes back to the hive and does a dance in front of the other bees describing the location of what it’s found, which helps the hive decide collectively where the best source is,” said senior scientist Matthew Krummel, PhD, a UCSF professor of pathology.

They don’t bust the same moves as bees, but T cells gather together and communicate essential information to each other in a similar way, Krummel said, thereby helping to coordinate immune responses directed against invading pathogens. This discovery might lead to useful therapeutic interventions to fight disease, according to Krummel.

Results of the study were published online March 10 in Nature Immunology.

Helping the Immune System to Recognize a Pathogen

Krummel’s lab team found that after individual T cells survey lymph nodes and sample foreign matter, such as vaccines, bacteria or viruses, they come together as a group during what he and his team call the “critical differentiation period.” This occurs several hours to one day after exposure.

“They cluster together for the purpose of sharing information, transmitting what they’ve discovered about the new pathogen or vaccine, which in turn helps the immune system mount a coordinated response to the foreign matter,” Krummel said.

The discovery is important, Krummel said, because it sheds light on an aspect of medicine that has long been obscure: how vaccines work. “We know that they are effective for years after a vaccination, but we don’t know why. It seems that T-cell aggregation is a profound part of the reason.”

Krummel’s team found that the critical differentiation period is essential to the formation of what is known as a “memory pool,” the mechanism by which the immune system recognizes a pathogen to which it had been exposed months or years previously. 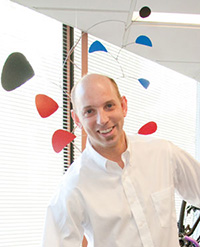 “Without that long-term memory, vaccines would be useless,” Krummel said. “The body wouldn’t remember that it had been exposed to a particular pathogen, such as measles or diphtheria, and would not know how to successfully fight it off.”

In experiments with a mouse model of human immune function, the scientists vaccinated mice for listeria, a common bacterium that causes food-borne illness, and then exposed the animals to the bacteria.

Mice in which the critical differentiation period was allowed to occur unimpeded remained healthy, protected from a potentially lethal infection. In mice in which T-cell differentiation was blocked, said Krummel, “it was as if the mice had never been vaccinated at all.”

Krummel said the work also opens up new paths of research in immunology, which his laboratory is currently pursuing. “Now that we know that there is a nexus at which the cells are integrating their responses, we might be able to design cells that will join that nexus in order to get the cells to do things we want them to do – push immune response in a particular direction, or enhance it overall,” he said.

Conversely, Krummel speculated that in case of autoimmune disorders, such as diabetes or lupus, “it might be possible to attenuate the immune response by blocking the formation of a memory pool.”

“You can’t eliminate insulin, which is what much of the immune response is reacting to in diabetes,” he said. “But if you can tweak the immune cells in the right way, then although each cell would be responding to insulin, they would not be reacting as a group and thus may not become effective at killing the insulin-producing cells. That would severely weaken the autoimmune effect."

Krummel cautioned that while the mouse model of human immune response is “robust and very well-grounded,” research will ultimately have to take place in humans, “which will be years away. We’ll have to see what happens.”

The research was supported by funds from the National Institutes of Health.