Does eating too much sugar cause diabetes?

For years, scientists have said “not exactly.” Eating too much of any food, including sugar, can cause you to gain weight; it’s the resulting obesity that predisposes people to Type 2 diabetes, according to the prevailing theory.

But now the results of a large epidemiological study conducted at UC San Francisco suggest that sugar may also have a direct, independent link to diabetes. 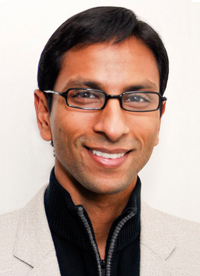 Researchers examined data on global sugar availability and diabetes rates from 175 countries over the past decade. After accounting for obesity and a large array of other factors, the researchers found that increased sugar in a population’s food supply was linked to higher Type 2 diabetes rates, independent of obesity rates. Their study was published Feb. 27 in PLOS ONE.

The study provides the first large-scale, population-based evidence for the idea that not all calories are equal from a diabetes-risk standpoint.

“It was quite a surprise,” said Sanjay Basu, MD, PhD, an assistant professor of medicine at the Stanford Prevention Research Center and the study’s lead author. The research was conducted while Basu was a medical resident at UCSF and working with Robert Lustig, MD, a pediatric endocrinologist at UCSF Benioff Children’s Hospital and the paper’s senior author.

“We’re not diminishing the importance of obesity at all, but these data suggest that at a population level there are additional factors that contribute to diabetes risk besides obesity and total calorie intake, and that sugar appears to play a prominent role.” 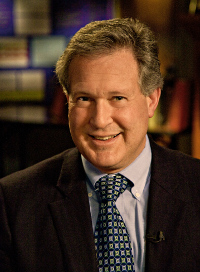 “Epidemiology cannot directly prove causation,” said Lustig. “But in medicine, we rely on the postulates of Sir Austin Bradford Hill to examine associations to infer causation, as we did with smoking. You expose the subject to an agent, you get a disease; you take the agent away, the disease gets better; you re-expose and the disease gets worse again. This study satisfies those criteria, and places sugar front and center.”

The findings do not prove that sugar causes diabetes, Basu emphasized, but do provide real-world support for the body of previous laboratory and experimental trials that suggest sugar affects the liver and pancreas in ways that other types of foods or obesity do not. “We really put the data through a wringer in order to test it out,” Basu said.

The study used food-supply data from the United Nations Food and Agricultural Organization to estimate the availability of different foods in the 175 countries examined, as well as estimates from the International Diabetes Foundation on the prevalence of diabetes among 20- to 79-year-olds.

The researchers employed new statistical methods derived from econometrics to control for factors that could provide alternate explanations for an apparent link between sugar and diabetes, including overweight and obesity; many non-sugar components of the food supply, such as fiber, fruit, meat, cereals and oils; total calories available per day; sedentary behavior; rates of economic development; household income; urbanization of the population; tobacco and alcohol use; and percentage of the population age 65 or older, since age is also associated with diabetes risk. 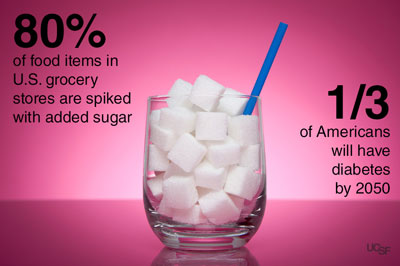 Groundbreaking Study and Next Steps

“As far as I know, this is the first paper that has had data on the relationship of sugar consumption to diabetes,” said Marion Nestle, PhD, a professor of nutrition, food studies and public health at New York University who was not involved in the study. “This has been a source of controversy forever. It’s been very, very difficult to separate sugar from the calories it provides. This work is carefully done, it’s interesting and it deserves attention.

The fact that the paper used data obtained over time is an important strength, Basu said. “Point-in-time studies are susceptible to all kinds of reverse causality,” he said. “For instance, people who are already diabetic or obese might eat more sugars due to food cravings.”

The researchers had to rely on food-availability data for this study instead of consumption data because no large-scale international databases exist to measure food consumption directly. Basu said follow-up studies are needed to examine possible links between diabetes and specific sugar sources, such as high-fructose corn syrup or sucrose, and also to evaluate the influence of specific foods, such as soft drinks or processed foods.

Another important future step, he said, is to conduct randomized clinical trials that could affirm a cause-and-effect connection between sugar consumption and diabetes. Although it would be unethical to feed people large amounts of sugar to try to induce diabetes, scientists could put participants of a study on a low-sugar diet to see if it reduces diabetes risk.

Basu was cautious about possible policy implications of his work, stating that more evidence is needed before enacting widespread policies to lower sugar consumption.

However, Nestle pointed out that the findings add to many other studies that suggest people should cut back on their sugar intake.