Over a span of nearly 20 years, California’s tobacco control program cost $2.4 billion and reduced health care costs by $134 billion, according to a new study by UC San Francisco (UCSF).

Additionally, the study – covering the beginning of the program in 1989 to 2008 – found that the state program helped lead to some 6.8 billion fewer packs of cigarettes being sold that would have been worth $28.5 billion in sales to cigarette companies.

The study was designed to calculate the fiscal impact of California’s large public health program on smoking prevalence and cigarette consumption. UCSF has been at the forefront of tobacco research for decades, disclosing how the tobacco industry manipulated its products and led the public into cigarette addiction. The UCSF Legacy Library houses more than 13 million documents on file that were released as a result of litigation against the major tobacco companies related to their advertising, manufacturing, marketing, sales, political, public relations and scientific activities.

The new research shows that tobacco control funding is directly tied to reductions in both the prevalence of smoking and cigarette consumption per smoker – and generates significant savings in overall health care expenditures.

“These health care cost savings began to appear almost immediately after the program started and have grown over time, reaching more than $25 billion a year in 2008,” said first author James Lightwood, PhD, a UCSF associate professor of clinical pharmacy.

The study was published online on Feb. 13 in the journal PLOS ONE.

Every year, an estimated 443,000 people in the United States die from smoking or exposure to secondhand smoke, according to the federal Centers for Disease Control and Prevention (CDC). Another 8.6 million people suffer from a serious smoking-related illness. Annually, costs associated with smoking-related illness account billions in medical expenses and lost productivity, and 5.1 million years of potential life lost in the United States, the CDC reports.

To help save lives and lower health care costs, California passed Proposition 99 in 1988 to create a tobacco control program. The voter-funded state program centers on changing social norms around smoking to reduce smoking and tobacco-induced diseases.

The new UCSF research updates an earlier study by the same authors, adding five years of data and a more sophisticated economic analysis. The earlier paper covered 1989 through 2004.

The researchers found a significant association between cumulative per capita tobacco control funding and both smoking prevalence and cigarette consumption per smoker. Every cumulate per capita hundred dollars spent on the state’s tobacco control wound up reducing smoking prevalence by 5 percent and reduced cigarette consumption per smoker by 139 packs a year, the authors reported.

Both a reduction in the percentage and number of people smoking, and the numbers of packs each remaining smoker consumed contributed to dropping health care costs, the authors found. The reduction in smoking prevalence accounted for 36 percent of the health care cost savings, with the rest due to less consumption among continuing smokers.

“Our research shows that large-scale aggressive tobacco control programs not only save lives, but make an important contribution to health care cost containment,” said senior author Stanton A. Glantz, PhD, a UCSF professor of medicine and director of the UCSF Center for Tobacco Control Research and Education. 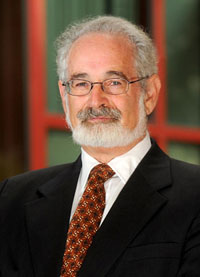 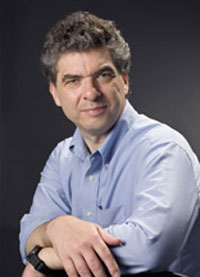 The authors obtained these estimates by comparing smoking and health costs in California with 38 other states that did not have substantial state tobacco control programs or cigarette tax increases prior to 2000.

The estimated health care expenditures associated with smoking analyzed in the study included the short- and long-term direct effects on not only smokers but the effects of second- and third-hand smoke exposure to nonsmokers.

“Our research confirms that California voters made a good decision when they passed Proposition 99 in 1988,” said Glantz. “The problem is that inflation is eroding the purchasing power of the California Tobacco Control Program at a time when cigarette companies are still aggressively promoting their products.”

Tobacco companies narrowly defeated Proposition 29 last year, which would have increased the tobacco tax to reinvigorate the tobacco control program and to fund medical research.