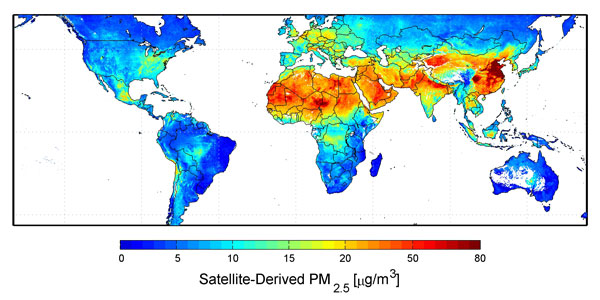 Mothers who are exposed to particulate air pollution of the type emitted by vehicles, urban heating and coal power plants are significantly more likely to bear children of low birth weight, according to an international study led by researchers from UC San Francisco and the Centers for Disease Control and Prevention (CDC).

The study, the largest of its kind ever performed, analyzed data collected from more than 3 million births in nine nations at 14 sites in North America, South America, Europe, Asia and Australia. 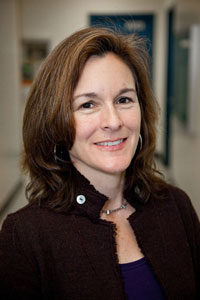 Co-principal investigator Tracey J. Woodruff, PhD, MPH, professor of obstetrics and gynecology and reproductive sciences at UCSF, along with Jennifer Parker, PhD, of the National Center for Health Statistics, CDC, found that at sites worldwide, the higher the pollution rate, the greater the rate of low birth weight.

Low birth weight (a weight below 2500 grams or 5.5 pounds) is associated with serious health consequences, including increased risk of postnatal morbidity and mortality and chronic health problems in later life, noted lead author Payam Dadvand, MD, PhD, of the Centre for Research in Environmental Epidemiology (CREAL) in Barcelona, Spain.

In the study, published on Feb. 6 in the journal Environmental Health Perspectives, the team assessed data collected from research centers in the International Collaboration on Air Pollution and Pregnancy Outcomes, an international research collaborative established in 2007 to study the effects of pollution on pregnancy outcomes. Most of the data assessed was collected during the mid-1990s to the late 2000s, and in some cases, earlier.

“What’s significant is that these are air pollution levels to which practically everyone in the world is commonly exposed,” said Woodruff. “These microscopic particles, which are smaller than the width of a human hair, are in the air that we all breathe.”

Woodruff noted that nations with tighter regulations on particulate air pollution have lower levels of these air pollutants. “In the United States, we have shown over the last several decades that the benefits to health and wellbeing from reducing air pollution are far greater than the costs,” said Woodruff. “This is a lesson that all nations can learn from.”

Particulate air pollution is measured in size (microns) and weight (micrograms per cubic meter). In the United States, federal regulations require that the yearly average concentration in the air to be no more than 12 µg/m3 of particles measuring less than 2.5 microns. In the European Union, the limit is 25 µg/m3, and regulatory agencies there are currently debating whether to lower it.

“This study comes at the right time to bring the issue to the attention of policy makers,” said study co-author Mark Nieuwenhuijsen, PhD, of CREAL.

Nieuwenhuijsen observed that particulate air pollution in Beijing, China, recently has been measured higher than 700 µg/m3.

“From the perspective of world health, levels like this are obviously completely unsustainable,” he said.

Whether these pregnancy exposures can have effects later in life, currently is under investigation through an epidemiological follow-up of some of the children included in these studies.

The study was supported by funds from the Environmental Protection Agency and the National Institute for Environmental Sciences in the United States; the Wellcome Fund in the United Kingdom; and the Ministry of Science and Innovation in Spain. In Vancouver, British Columbia, the BC Ministry of Health, the BC Vital Statistics Agency and the BC Reproductive Care Program approved access to and use of data facilitated by Population Data BC.