One current and three former UCSF scientists are among 11 named as recipients of a major new award aiming at spurring life sciences innovation that’s sponsored by a Russian Internet entrepreneur and Silicon Valley business leaders, including founders of Facebook and Google.

Recipients of the 2013 Breakthrough Prize in Life Sciences:

The Breakthrough Prize in Life Sciences is “dedicated to advancing breakthrough research, celebrating scientists and generating excitement about the pursuit of science as a career.” The prize was announced Tuesday at a press briefing hosted by UCSF Chancellor Susan Desmond-Hellmann, MD, MPH on the University’s Mission Bay campus.

Each award, “recognizing excellence in research aimed at curing intractable diseases and extending human life,”is for $3 million – more than twice the amount bestowed on winners of the Nobel Prize.

“We are thrilled to support scientists who think big, take risks and have made a significant impact on our lives. These scientists should be household names and heroes in society,” said co-sponsor Anne Wojcicki, who co-founded the genetic testing company, 23andMe.

Shinya Yamanaka, MD – a professor of anatomy at UCSF, a senior investigator at the Gladstone Institutes, and director of the Center for iPS Cell Research and Application at University of Kyoto – is among the 11 scientists named to receive a $3 million prize. Yamanaka is being recognized for his trailblazing work on induced pluripotent stem (iPS) cells, seen by many scientists as a route to tissue regeneration for failing organs.

Yamanaka shared the 2012 Nobel Prize in Physiology or Medicine with John Gurdon, PhD, of the Gurdon Institute in Cambridge, England. 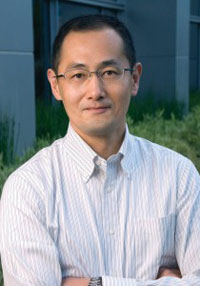 The prize is awarded for “past achievements in the field of life sciences, with the aim of providing the recipients with more freedom and opportunity to pursue even greater future accomplishments,” according to the prize foundation.

“I believe this new prize will shine a light on the extraordinary achievements of the outstanding minds in the field of life sciences, enhance medical innovation, and ultimately become a platform for recognizing future discoveries,” Levinson said. “I also want to thank our founding sponsors, Sergey Brin, Anne Wojcicki, Mark Zuckerberg, Priscilla Chan and Yuri Milner. Without their contribution, this prize would not have been possible.”

Like Levinson, Yamanaka also received early scientific training from UCSF faculty, as a postdoctoral fellow at the Gladstone Institutes. Two other prize recipients, Napoleone Ferrara, PhD, of UC San Diego, and Charles Sawyers, MD, of Memorial Sloan-Kettering Cancer Center in New York – both of whom made major discoveries that led to new, targeted cancer therapies – also were trained at UCSF. 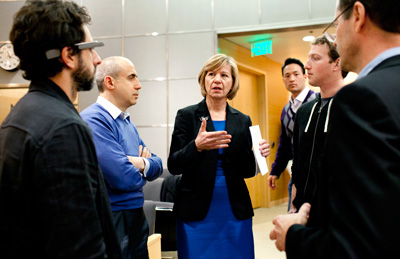 Cornelia Bargmann, PhD, a former professor and Howard Hughes Medical Institute Investigator at UCSF, now with the Rockefeller University in New York, will receive the prize in recognition of her studies of the genetics underlying neural circuits and behavior.