A study by researchers at the Ernest Gallo Clinic and Research Center at UC San Francisco identified a potential new approach for reducing problem drinking: a new family of drugs with the ability to manipulate DNA structure without changing it.

The drugs, already approved for human use for other indications, reduced drinking and alcohol-seeking behavior in pre-clinical models — mice and rats trained to drink large quantities of alcohol.

The animals in the study, which was published today in the advance online edition of Translational Psychiatry, were trained to mimic so-called “problem drinkers,” not-yet-full-blown alcoholics, said senior author Dorit Ron, PhD, a Gallo Center investigator and a professor of neurology at UCSF.

“They consumed large quantities of alcohol and drank in binges, but were not yet physically dependent on alcohol,” she said. “In humans, these drugs could represent a promising new direction in preventing drinkers from going on to become fully addicted.” 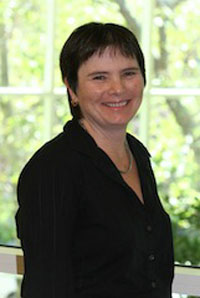 The drugs, which inhibit enzymes called DNMT and HDAC, are currently being used to treat several types of cancer and show promise as medications for the treatment of mood disorders.

The drugs act by modifying the structure of chromatin – a combination of DNA and proteins known as histones -- without affecting the composition of DNA itself, Ron said.

“Normally, changes on the DNA sequence called methylation lead to tightening of the chromatin structure, which prevents the expression of certain genes,” she said. “Conversely, a change in histones called acetylation leads to the opening of the DNA structure, allowing certain genes to be expressed.” DNMT inhibitors, which prevent methylation, and HDAC inhibitors, which promote acetylation, both act to loosen DNA structure, which in turn allows gene expression.

In the study, Ron and her research team trained mice to drink a solution of 20 percent alcohol. Mice that were given a DNMT inhibitor called 5-AzaC or HDAC inhibitors drank significantly less than mice that were not given the DNMT inhibitor.

Importantly, in both mice and rats, the consumption of water, saccharine solution and sugar solution remained unchanged. “This means that these drugs specifically target alcohol without affecting the pleasure centers of the brain,” said Ron. “For people who have problems with alcohol, this would be a real improvement over current abuse medications, which suppress pleasure in general, leading to problems with compliance.”

Ron noted that alcohol use disorders represent a significant threat to public health worldwide, causing or being associated with a wide variety of physical and psychiatric illnesses. She called the study “an important example of pre-clinical, translational research, where findings in basic science lead straight to the possibility of clinical studies.”

Co-authors of the study are Vincent Warnault, PhD, and Emmanuel Darcq, PhD, of the Gallo Center and UCSF; Amir Levine, MD, of Columbia University; and Segev Barak, PhD, who was with Gallo and UCSF at the time of the study.

The study was supported by funds from the National Institutes of Health and the State of California through UCSF.