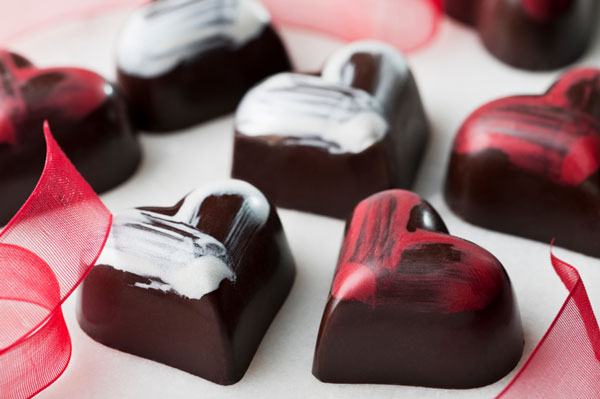 Chocolate has become a decadent expression of one’s love, especially on Valentine’s Day, and giving someone a box of candies can be good for the heart – literally.

Cocoa flavanols, which support cellular and metabolic activities throughout the body, are believed to improve vascular activities and lower blood pressure for coronary artery disease patients, according to a UC San Francisco researcher who has studied the impact of flavanols for several years. 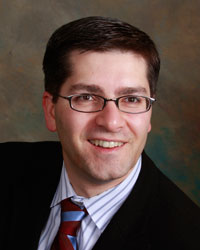 “Our findings indicate that foods rich in flavanols – such as dark chocolate, tea, wine and various fruits and vegetables – have a cardio-protective benefit for heart disease patients,” said Yerem Yeghiazarians, MD, co-director of the UCSF Adult Cardiac Catheterization Laboratory and an associate professor of cardiology with the Department of Medicine.

Yeghiazarians and his team conducted a one-month randomized, controlled, double-masked trial in which 16 coronary artery disease patients were given either flavanol-containing cocoa (375 mg) mixed in water, or a drink low in flavanols (9 mg) twice a day.

Patients in the trial who ingested the higher dosage of flavanols improved the health of their blood vessels by 47 percent. Yeghiazarians’ results were published in a 2010 Journal of the American College of Cardiology (JACC).

“Flavanols decreased blood pressure, improved the health of the blood vessels and increased the circulation of angiogenic cells, which likely contribute to the repair of the vascular system after an injury,” Yeghiazarians said. “Flavanols are also believed to have antioxidant or cancer-fighting properties.”

These health benefits apply primarily to dark chocolate, which are rich in flavanols. Milk chocolate and white chocolate contain little to no flavanols because the cocoa solids are separated during the manufacturing process.

From Ancient Mayans to Billion-Dollar Business

Our love affair with chocolate – especially on Valentine’s Day – can be traced back more than 2,000 years to the ancient Mayans and Aztecs, who mixed cocoa beans with water to create the first hot chocolate drink in Latin America. The word chocolate is derived from the Yucatec Maya word chokol meaning “hot” and the Aztec word atl meaning “water.” The Mayans and Aztecs believed this hot, chocolate drink had aphrodisiac powers, hence the connection between chocolate and love.

Modern scientists discovered chocolate contains two chemicals that enhance sexual arousal: tryptophan, an essential amino acid that helps make serotonin, which is a hormone that plays an important role in the regulation of mood, sleep and arousal; and phenylethylamine, an organic compound with properties similar to those of amphetamine.

This belief in the intrinsic connection between chocolate and love spread from Latin America to Europe, and eventually, to the rest of the world. Now people everywhere spend more than $1 billion on chocolate during the week of Valentine’s Day.

While there are important health benefits in dark chocolate, Yeghiazarians cautioned that more isn’t necessarily better: “While dark chocolate is rich in flavanols, it’s important to exercise moderation,” he said. “You can indulge on special occasions like Valentine’s Day, but you have to remember that eating too much chocolate will increase the caloric intake and continued indulgence could lead to weight gain.”