David Vlahov, PhD, RN, FAAN, dean of the UCSF School of Nursing, has been elected to the board of directors of the American Association of Colleges of Nursing (AACN). 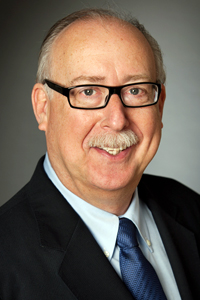 Votes were cast for the positions by member deans and directors of the nation’s nursing schools with baccalaureate and higher degree programs.

Vlahov, an epidemiologist who specializes in working with community partners to improve community health, is the first male dean of the UCSF School of Nursing. An expert in infectious diseases, substance abuse and mental health, he joined UCSF in 2011.

Vlahov has served as the senior vice president of research and director of the Center for Urban Epidemiologic Studies at the New York Academy of Medicine. He is the founder and first president of the International Society for Urban Health. He was elected to the Institute of Medicine in 2011, one of the highest honors in the fields of health and medicine.

He will begin his new two-year AACN term in March. The organization represents more than 700 members schools of nursing at public and private institutions nationwide.

Read more about the AACN election results on the association's website.