The UCSF Center for Tobacco Control, Research and Education will host “It’s About A Billion Lives,” on Friday, Feb. 8. The annual event, which is open to the public, celebrates tobacco research and education efforts at the University.

Cheryl Healton, DrPH, president of the American Legacy Foundation, is the keynote speaker who will talk about “Tobacco Control: Progress Made and Challenges Ahead.” The American Legacy Foundation, which is dedicated to evidence-based public health strategies that work, was established in March 1998 as a result of the Master Settlement Agreement between a coalition of attorneys general in 46 states and five United States territories and the tobacco industry. It is funded primarily by payments designated by the settlement.

Other topics and speakers at the Feb. 8 symposium are as follows:

The Center for Tobacco Control Research and Education serves as a focal point for a broad range of research, education, and public service activities for 46 faculty in 11 departments and all 4 schools at UCSF, as well as colleagues at UC Berkeley and UC Merced. It is part of the UCSF Cardiovascular Research Institute and its membership is congruent with the UCSF Helen Diller Family Comprehensive Cancer Center’s Tobacco Control Program. The center is also a World Health Organization Collaborating Centre on Tobacco Control. 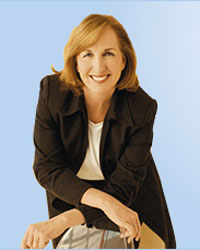 Healton joined the staff of the American Legacy Foundation as the first president and chief executive officer. She was selected for the post following a nationwide search and has worked tirelessly to further the foundation’s ambitious mission: to build a world where young people reject tobacco and anyone can quit.

During her tenure with the foundation, Healton has guided the highly acclaimed, national youth tobacco prevention counter-marketing campaign, truth®, which has been credited in part with reducing youth smoking prevalence to near record lows.

Under her leadership, the American Legacy Foundation, has undertaken numerous other public education campaigns, research, technical assistance and a broad program of grant making.

An engaging and outspoken advocate for improving public health, Healton has a unique perspective on tobacco control as a former smoker herself. She has also lost her own mother and several close family members to tobacco-related disease. Read more about her on the American Legacy Foundation website or visit her blog.