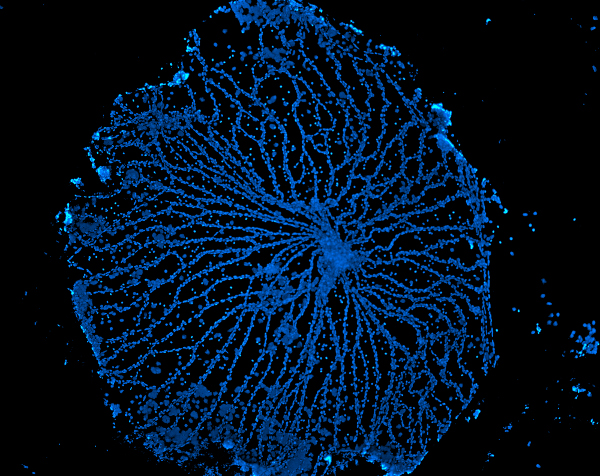 Blood vessel network from the eye of a three-day-old mouse, shown here, is evidence supporting a new basic understanding of fetal eye development and potential eye diseases caused by the aberrant growth of blood vessels. These particular vessels normally regress in mice before the eyelids open 10 days after birth, but they persist if the mouse fetus receives insufficient light in the womb — showing that the eye needs light to develop during pregnancy. Credit: S.Rao/CCHMC

New research in "Nature" concludes that the eye – which depends on light to see – also needs light to develop normally during pregnancy.

Scientists say the unexpected finding offers a new basic understanding of fetal eye development and ocular diseases caused by vascular disorders – in particular one called retinopathy of prematurity that can blind premature infants. The research, led by scientists at Cincinnati Children’s Hospital Medical Center and UCSF, was published online Jan. 16 ahead of print publication. 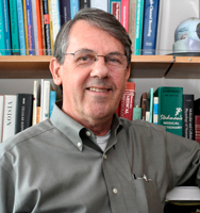 “This fundamentally changes our understanding of how the retina develops,” says study co-author Richard Lang, PhD, a researcher in the Division of Pediatric Ophthalmology at Cincinnati Children’s Hospital Medical Center. “We have identified a light-response pathway that controls the number of retinal neurons. This has downstream effects on developing vasculature in the eye and is important because several major eye diseases are vascular diseases.”

Lang is a principal investigator on the ongoing research along with project collaborator, David Copenhagen, PhD, a scientist in the departments of Ophthalmology and Physiology at UCSF. The scientists say their current study, conducted in mouse models, includes several unexpected findings.

"Several stages of mouse eye development occur after birth," says Copenhagen. "Because of this, we had always assumed that if light played a role in the development of the eye, it would also happen only after birth."

But researchers in the current study found that activation of the newly described light-response pathway must happen during pregnancy to activate the carefully choreographed program that produces a healthy eye. Specifically, they say it is important for a sufficient number of photons to enter the mother’s body by late gestation, or about 16 days into a mouse pregnancy.

Researchers were also surprised to learn that photons of light activate a protein called melanopsin directly in the fetus – not the mother – to help initiate normal development of blood vessels and retinal neurons in the eye.

One purpose of the light-response pathway is to suppress the number of blood vessels that form in the retina. These vessels are critical to retinal neurons, which require large amounts of oxygen to form and to function. When retinopathy of prematurity occurs in infants, retinal vessels grow almost unchecked. This continued expansion puts intense pressure on the developing eye and in extreme cases causes severe damage and blindness. 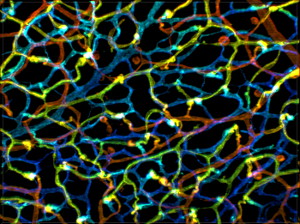 The research team led by Lang and Copenhagen conducted several experiments in laboratory mouse models that allowed them to identify the light-response pathway’s specific components and function.

Mice were reared in the dark and in a normal day-night cycle beginning at late gestation to observe the comparative effects on vascular development of the eye. The researchers verified the function of the light response pathway by mutating an opsin gene in mice called Opn4 that produces melanopsin, in essence preventing activation of the photo pigment.

Both mice reared under dark conditions from late gestation, and those with mutated Opn4, exhibited nearly identical promiscuous expansion of hyaloid vessels and abnormal retinal vascular growth. The unchecked vascular growth was driven by the protein vascular endothelial growth factor (Vegfa). When the light response pathway is properly engaged, it modulates Vegfa to help prevent promiscuous vascular growth, according to researchers.

The melanopsin protein is present in both mice and humans during pregnancy. Lang said the research team is continuing to study how the light-response pathway might influence the susceptibility of pre-term infants to retinopathy of prematurity and also be related to other diseases of the eye.

First author on the study was Sujata Rao, PhD, a member of Lang’s laboratory team. Funding support for the research came in part from the National Institutes of Health (NIH AR-47363) and the Abrahamson Pediatric Eye Institute at Cincinnati Children’s.

This work was supported by the National Institutes of Health. Additional funding support came from March of Dimes, Research to Prevent Blindness and That Man May See.