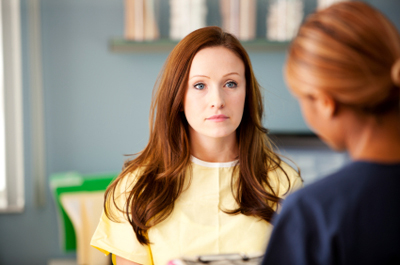 The pelvic exam, a standard part of a woman’s gynecologic checkup, frequently is performed for reasons that are medically unjustified, according to the authors of a UCSF study that may lay the groundwork for future changes to medical practice.

The research shows that many physicians mistakenly believe the exam is important in screening for ovarian cancer. The study, which surveyed obstetricians and gynecologists around the country, also shows that doctors continue to perform the exam in part because women have come to expect it.

The article is currently published online in the American Journal of Obstetrics and Gynecology.

The pelvic examination has been the foundation of the annual checkup for women for many decades, yet very little has been known about why clinicians perform it and if they believe it is useful,’’ said senior author George Sawaya, MD, a UCSF professor of obstetrics, gynecology and reproductive sciences, and epidemiology and biostatistics. “We set out to better understand their practices and beliefs.’’ 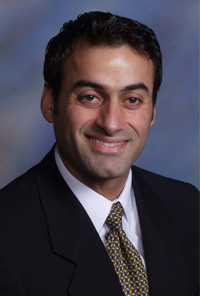 Well-woman annual medical checkups generally are recommended because they allow physicians to assess overall health and pinpoint potential problems early. Traditionally, these have included, among other assessments, a manual inspection of a woman’s cervix and uterus and a Pap smear.

Under updated preventive care guidelines by the American Cancer Society, the American Congress of Obstetricians and Gynecologists (ACOG) and the U.S. Preventive Services Task Force, most women no longer need annual Pap smears, which screen for cervical cancer. Now, questions are being raised by the medical community about the necessity of the annual pelvic exam for women with no gynecologic problems such as pelvic pain or unscheduled bleeding.

“The bimanual pelvic exam is not recommended for ovarian cancer screening, so we wondered under what circumstances the exam is being performed and why,’’ said lead author Jillian T. Henderson, PhD, MPH, who performed the research while based at UCSF. She is now at the Kaiser Permanente Center for Health Research in Portland, Ore. 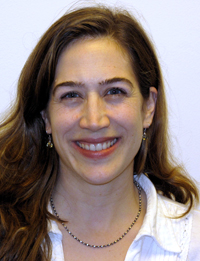 The study consisted of a nationwide survey of 521 practicing physicians specializing in obstetrics and gynecology, or gynecology alone. The doctors were asked to indicate whether they would perform a bimanual pelvic exam in vignettes of female patients aged 18, 35, 55 and 70 years who had no symptoms of gynecologic diseases and did not require a Pap test. The study centered on the bimanual exam, not other components of a pelvic checkup such as a speculum exam and visual inspection of external genitalia which are often performed.

The researchers found that nearly all the physicians surveyed routinely would conduct the exam in asymptomatic, low-risk women. Furthermore, most of the doctors said they would perform the exam on a 55-year-old woman with no ovaries, uterus or cervix – and more than half considered such an exam to be very important for that woman.

Some 87 percent of the physicians said they would perform the exam on healthy 18-year-olds. ACOG recently recommended the exam not begin routinely until age 21.

Altogether, nearly half the physicians erroneously believe the exam is very important in screening for ovarian cancer, despite longstanding recommendations discouraging its use for this purpose.

Notably, many doctors said they conduct the exam in part for non-clinical reasons: because it reassures patients, because patients expect it, or because it ensures adequate compensation for routine gynecologic care.

There were clear geographic patterns: Doctors in the Northeast and the South were more likely to consider the exams very important and to believe they “reassure patients of their health.’’

The researchers said their study shows a need to educate doctors about the appropriateness of the exam, especially to clarify its role in ovarian cancer screening. The study also should prompt a closer look at the evidence that supports the exam’s usefulness for the reasons cited by surveyed physicians, they said.

“These exams could result in unnecessary surgeries or women being falsely reassured,’’ Henderson said. “We need to have more discussion over whether the benefits of these exams outweigh the harms, and if they should be part of a woman’s annual checkup.’’

UCSF co-authors are Cynthia C. Harper, PhD, and Jocelyn Chapman, MD, of the Department of Obstetrics, Gynecology and Reproductive Sciences; and Sarah Gutin, MPH, of the UCSF School of Nursing’s Department of Community Health Systems.

Funding for the study was provided by a grant from the UCSF Mt. Zion Health Foundation; the Mentored Research Scientist Development Award in Population Research (K01HD054495); and resources from the NIH//NCATS Clinical and Translational Science Awards (CTSA) program (KL2RR024130, formerly administered by NCRR) to the UCSF Clinical and Translational Science Institute (CTSI).