DNA sequences obtained from a handful of patients with multiple sclerosis at the UCSF Medical Center have revealed the existence of an “immune exchange” that allows the disease-causing cells to move in and out of the brain.

The cells in question, obtained from spinal fluid and blood samples, are called B cells, which normally help to clear foreign infections from the body but sometimes react strongly with the body itself. One of the current theories of multiple sclerosis, which strikes hundreds of thousands of Americans and millions more worldwide, holds that the disease manifests when self-reactive B cells in the brain become activated and cause inflammation there. 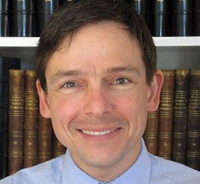 The apparent exchange of the cells between the brain and the blood may be a key to unlocking better treatments and diagnostics, because the activated B cells causing problems in the brain may be accessible when they move from the brain to the periphery.

“The hope is that if we can identify culprit B cells, using precise tools, we will be able to better diagnose multiple sclerosis and monitor disease activity. In addition, in ways that may have to be tailored for each patient, this may also allow us to develop therapies that directly target disease-causing B cells,” said UCSF neurologist Hans Christian von Büdingen, MD, who led the research.

Described this week in the Journal of Clinical Investigation, the work is the latest from the UCSF Multiple Sclerosis Center, part of the UCSF Department of Neurology and one of the leading programs in multiple sclerosis research and patient care worldwide.

Since 2008, a UCSF team led by the chair of the Department of Neurology, Stephen Hauser, MD, has completed two clinical trials that showed, in essence, that blocking B cells may stop the attacks, or flare-ups, that occur in people with multiple sclerosis. These trials used Rituximab and Ocrelizumab, both of which target a molecule called CD20 found on the surface of B cells.

The new work suggests that targeting B cells could be extended into a precision strategy that would specifically tailor treatments to the exact identity of the B cells at work in any one patient.

Background on B cells and Multiple Sclerosis

Multiple sclerosis is a common, chronic disease affecting some 350,000 Americans whose immune systems periodically attack the myelin sheaths that insulates nerve fibers in the brains and spinal cord. Damage to the sheaths can short-circuit signals traveling along the nerve fibers, disrupting the normal flow of communication from the brain and causing a range of symptoms.

The disease is about three times more prevalent among women than men, and for reasons scientists do not understand, the number of women who have the disease has been increasing in proportion to men. Decades ago, there were about as many men as women with multiple sclerosis.

That disparity is not the only mystery surrounding multiple sclerosis. The severity of the disease can vary wildly, from people who have mild disease, rarely having symptoms, to people who suffer significant deficits for long periods of time, sometimes progressively, with weakness, sensory disturbance, fatigue, visual impairments and loss of coordination. In addition, scientists do not understand what triggers MS attacks, though researchers at UCSF and elsewhere are actively investigating a number of possible genetic and environmental triggers, including low vitamin D levels.

There also is a need to find better ways to diagnose, monitor and track the disease — a need that may be helped by the new discovery.

“We don’t have any specific diagnostic tool at this point — no biomarker that we can look for to say, ‘this is multiple sclerosis’,” von Büdingen said.

In addition to UCSF, authors on this study were affiliated with Applied Quantitative Genotherapeutics and Protein Engineering, which are both divisions of Rinat-Pfizer Inc.