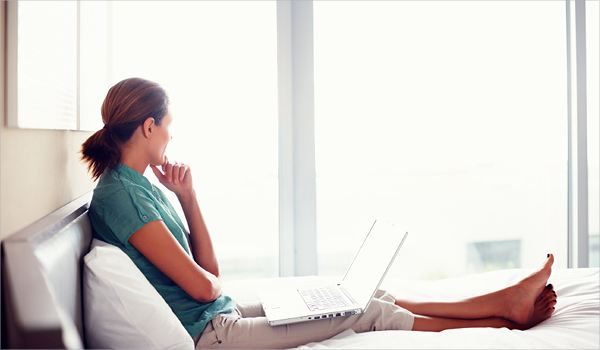 Scientific studies have suggested that a wandering mind indicates unhappiness, whereas a mind that is present in the moment indicates well-being. Now a preliminary UCSF study suggests a possible link between mind wandering and aging, by looking at a biological measure of longevity.

In the study, telomere length, an emerging biomarker for cellular and general bodily aging, was assessed in association with the tendency to be present in the moment versus the tendency to mind wander, in research on 239 healthy, midlife women ranging in age from 50 to 65 years.

According to the findings, published online on Nov. 15 in the new Association for Psychological Science journal Clinical Psychological Science, those who reported more mind wandering had shorter telomeres, while those who reported more presence in the moment, or having a greater focus and engagement with their current activities, had longer telomeres, even after adjusting for current stress.

Telomeres are the DNA-caps that protect the ends of chromosomes, preventing them from deteriorating or fusing with neighboring chromosomes. Telomeres typically shorten with age and in response to psychological and physiological stressors. In research pioneered at UCSF, scientists have discovered that telomere shortness predicts early disease and mortality. 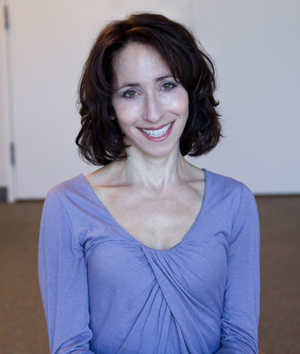 As the study assessed mind wandering and telomeres at the same time, the researchers don’t yet know whether mind wandering leads to shorter telomeres, whether the reverse occurs, or some common third factor is contributing to both.

Mindful meditation interventions, which promote attention on the present with a compassionate attitude of acceptance, lead to increases in some aspects of health. Previous studies have found that they are associated with increased activity of an enzyme known as telomerase, which is responsible for protecting and in some cases, replenishing telomeres.

Along with the new UCSF study, these findings support the possibility that a focus on the present may be part of what promotes health measurable at the cellular level, the researchers said.

“Our attentional state — where our thoughts rest at any moment – turns out to be a fascinating window into our well-being. It may be affected by our emotional state as well as shape our emotional state,” said Elissa Epel, PhD, associate professor of psychiatry and lead author on the study. “In our healthy sample, people who report being more engaged in their current activities tend to have longer telomeres. We don’t yet know how generalizable or important this relationship is.”

Moving forward, Epel, along with Eli Puterman, PhD, a psychologist in the UCSF Department of Psychiatry, and colleagues are developing a series of classes to promote more mindful presence, to see if this intervention protects telomere maintenance or even lengthens telomeres.

In the current study, participants self-reported a tendency to mind wander, and were measured for aspects of psychological distress and well-being. The sample was highly educated and had a narrow range of both chronological age and psychological stress (most were low stress), all of which might have contributed to the ability to detect this relationship, Epel said.

The study is the first to link attentional state to telomere length and to control for stress and depression, Epel said. Previous studies have shown links between telomere length and particular types of stress and depression. Since this study relied on self-reported attentional state, she said, further studies directly measuring presence and mind wandering will be needed.

“This study was a first step and suggests it’s worth delving into understanding the link between mind wandering and cell health to get a better understanding of whether there is causality and reversibility,” said Epel. “For example, does reducing mind wandering promote better cell health? Or are these relationships just reflective of some underlying long-standing characteristics of a person?”

“Results suggest the possibility that the attitude of acceptance of negative experiences might be one of the factors that promotes greater ability to be more present — to be okay with one’s current experience and not avoid the unpleasant aspects of everyday experiences,” she said.

“A number of emotion theories suggest that greater attentional control leads to less suppression of negative emotions, and thus less of the rebound effect of unsuccessful suppression,” said Wendy Berry Mendes, PhD, associate professor and Sarlo/Ekman Endowed Chair of Emotion at UCSF and co-author on this study. “Alternatively, attentional control may help us interpret emotions in a more constructive way, what we call ‘positive reappraisals.’ Such styles of thinking have been associated with healthy physiological states.”

In addition to Epel, Mendes and Puterman, co-authors on this study include Jue Lin, UCSF research biochemist in the Department of Biochemistry and Biophysics; Elizabeth Blackburn, PhD, UCSF molecular biologist; and Alanie Lazaro, UCSF laboratory manager in the Department of Psychiatry.

Research on telomeres, and the enzyme that makes them, was pioneered by three Americans, including Blackburn, who co-discovered the telomerase enzyme in 1985. The scientists received the 2009 Nobel Prize in Physiology or Medicine for this work.

This study was funded by the Baumann Foundation and the Barney & Barbro Foundation.