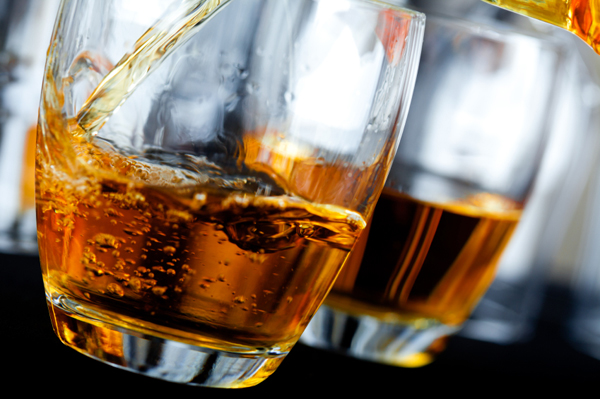 Decreasing the level of a key brain protein led to significantly less drinking and alcohol-seeking behavior in rats and mice that had been trained to drink, according to a study by researchers at the Ernest Gallo Clinic and Research Center at UCSF.

The scientists identified the protein, known as H-Ras, as a promising target for development of new medications to treat alcohol abuse disorders in humans.

The study, which was published on Nov. 7 in the Journal of Neuroscience, was recommended as being of special significance in its field by the Faculty of 1000, an online service that identifies great peer-reviewed biomedical research.

The researchers, led by Gallo investigator Dorit Ron, PhD, first demonstrated that alcohol intake significantly increased H-Ras activity in the animals’ nucleus accumbens, a brain region that in both rodents and humans is part of the reward system that affects craving for alcohol and other addictive substances.

They then showed that suppressing H-Ras levels in the nucleus accumbens with a targeted virus reduced alcohol consumption among mice that had been trained to seek out and drink alcohol in an animal model of binge drinking.

The researchers then administered FTI-276, an experimental compound that has been shown to inhibit H-Ras production, to binge-drinking rats. They observed a significant reduction in alcohol consumption after the compound was given.

The scientists also found that H-Ras inhibition reduced alcohol-seeking behavior among rats that had been trained to receive a drink of alcohol when they pressed a lever. When alcohol was withheld, rats that had received FTI-276 discontinued pressing the lever significantly sooner than rats that did not receive the compound.

Importantly, the rodents’ consumption of water, sugar solution, saccharine solution and quinine was not reduced when H-Ras was inhibited, indicating that H-Ras activity is specific to alcohol.

“We have shown that H-Ras is a possible target for drug development,” concluded Ron, a professor of neurology at UCSF. “Such a drug would be better than the medications that are prescribed for alcohol abuse today, because it would single out a specific protein and not suppress the entire brain reward system.”

Ron noted that current alcohol-abuse medications have a very poor record of patient compliance, “because they shut off the whole reward system, which takes away all sense of pleasure, and so people feel very bad when they take them.”

In contrast, she said, “Here we have an example of a drug that could specifically affect alcohol intake.”