Laws that end smoking at work and other public places result in significantly fewer hospitalizations for heart attacks, strokes, asthma and other respiratory conditions, a new UCSF analysis has found. 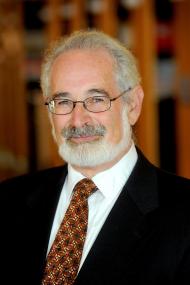 The research provides evidence that smoke-free laws that cover workplaces, restaurants and bars have the biggest impacts on hospitalizations, reduce health care costs and also raise quality of life, the researchers said.

The research is published in the current issue of the American Heart Association journal Circulation.

“The public, health professionals, and policy makers need to understand that including exemptions and loopholes in legislation — such as exempting casinos — condemns more people to end up in emergency rooms,” said senior author Stanton A. Glantz, PhD, UCSF professor of medicine and director of the Center for Tobacco Control Research and Education at UCSF.

“These unnecessary hospitalizations are the real cost of failing to enact comprehensive smoke-free legislation,” he said.

For decades, Glantz and his colleagues at UCSF have been pioneers in tobacco research, disclosing how the tobacco industry manipulated its products and led the public into cigarette addiction.

In the latest study, the scientists examined the relationship between legislated smoking bans and hospital admissions or death from cardiac, cerebrovascular, and respiratory diseases.

The inquiry consisted of a meta-analysis of 45 studies published prior to Nov. 30, 2011. Altogether, the research covered 33 different smoke-free-laws in cities and states around the United States as well as several countries, including New Zealand and Germany. The laws variously prohibit smoking in such public spots as restaurants, bars, and the workplace.

The authors found that comprehensive smoke-free laws were followed rapidly by significantly lower rates of hospital admissions than before the laws went into force:

Laws that were more comprehensive in scope — that included restaurants and bars as well as workplaces — were followed by larger changes in risk, the authors said. Moreover, the decrease in hospitalizations applied similarly to women and to men, the researchers found.

The authors noted several studies that showed an additional benefit: lower health care costs connected to smoking-related illnesses. The savings reported ranged from $302,000 for acute myocardial infarctions in one small Mississippi town, to $6.9 million the first year after smoke-free laws were implemented in one province in Germany.

“Smoke-free legislation…reduces exposure of nonsmokers to secondhand smoke and creates an environment that helps smokers cut down or quit smoking,” the authors wrote. “The passage of these laws reflects changes in social norms that also affect smoking behavior; the laws both formalize and accelerate this social change and the associated health benefits.”

The research was supported by National Cancer Institute grants CA-61021 and CA-87472.