Health warning labels have adorned cigarette packages since 1966, when they first appeared in the United States. And in the decades since, they have spread steadily around the world – in many instances, becoming more strongly worded, more prominently placed and more graphic over time.

According to a new study by UCSF researchers, the evolution of stricter labeling laws country by country has proceeded in fits and starts, thanks largely to efforts by the tobacco industry to block their spread around the world.

Using previously secret internal tobacco company documents now housed at UCSF, the team led by Stanton A. Glantz, PhD, professor of medicine and director of the UCSF Center for Tobacco Control Research and Education, developed a chronology of this half-century battle, which is described in an article published last month in the journal Tobacco Control. 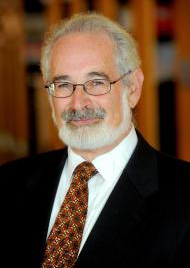 Glantz and UCSF have been at the forefront of tobacco research for decades, disclosing how the tobacco industry manipulated its products and led the public into cigarette addiction. The UCSF Legacy Tobacco Documents Library, created in 2002, has more than 14 million documents on file that were released as a result of litigation against the major tobacco companies related to their advertising, manufacturing, marketing, sales, political, public relations and scientific activities.

The battle over warning labels heated up in the 1970s and 1980s after health ministers in Europe began to consider ways of enhancing them – rotating the messages; using strongly worded, simple text; placing them on the front of packs rather than the sides; and using graphic pictures of things like diseased lungs and rotten teeth that appear next to the text warnings.

Internal tobacco documents portray an industry that recognized these enhanced graphic warning labels as a “global threat,” according to the study. Shortly after they were first proposed by Swedish health ministers in 1976, an executive at Phillip Morris drafted a plan to thwart the spread of such labels, and many of the companies joined together to form international task forces to stop efforts to further health warning labels.

Some of the industry’s efforts paid off. After the first graphic warning label requirements were implemented in 1985, the industry worked hard to overturn them.

“There is no country too small for [tobacco companies] to intervene,” Glantz said. “The first country to start the idea of a pictorial warning was Iceland – hardly a major world power.”

Before 1985, the tobacco companies did everything they could to block the Icelandic requirements, Glantz said, and after they were put into place, they successfully lobbied for their repeal a decade later.

The tide began to turn in the last decade, after the World Health Organization (WHO) adopted its Framework Convention on Tobacco Control in 2003, Glantz said. The framework is the first international treaty negotiated by the WHO, and it calls for increased regulation of tobacco products for the good of public health, including how they are packaged and labeled, which has led to the increased spread and enhanced stringency of health warning labels in many countries. 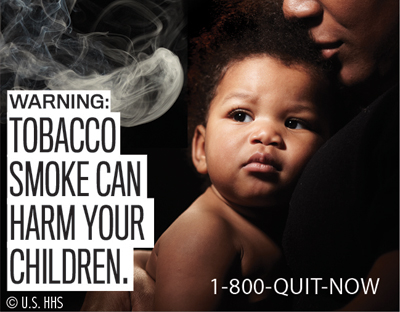 One of the nine new cigarette pack warning labels proposed by the U.S. Food and Drug Administration in 2011. Source: FDA

“Countries all over the world have been putting in place graphic labels on cigarette packs,” said Glantz.

Australia, in fact, is going to enact one of the most stringent warning label requirements ever, starting next month. “All the cigarette packages are going to have to be the same kind of puke-green color with the name of the company and the variety on standard type on half the pack, and the other half of the pack will be a large graphic warning label,” he said.

While these enhanced health warnings have now been adopted in Thailand, Brazil, Canada, Australia and other countries, the tobacco companies have blocked effective warning labels in the United States using the courts.

In 2011, the U.S. Food and Drug Administration (FDA) announced new rules governing cigarette warning labels that would have required large, graphic images and warnings to appear on every pack of cigarettes sold in the United States and in every cigarette advertisement. These rules were drafted in compliance with the federal Family Smoking Prevention and Tobacco Control Act, which was signed into law in 2009, but their future is uncertain.

The warnings were scheduled to appear on tobacco packs by September 2012, but several tobacco companies joined together and successfully sued the FDA, arguing against the requirements on the grounds that the new law violated their free speech. They won an injunction earlier this year, which stayed the labeling requirements of the Tobacco Control Act for now.

“The United States is lagging well beyond the rest of the world in this area,” Glantz said.