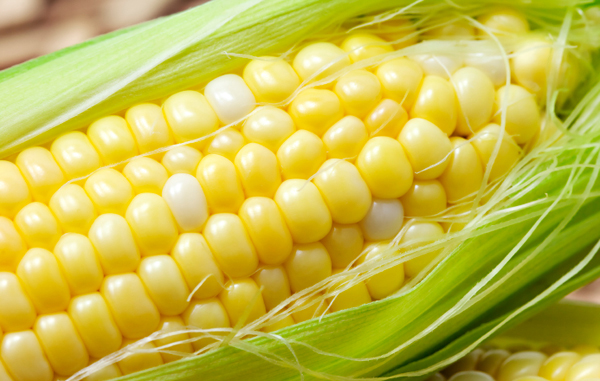 As Californians prepare to vote on Proposition 37, which would require labeling of food that’s been genetically modified, debate continues on the health implications of eating such foods.

Genetically modified organisms, or GMOs, generally refer to crop plants in which a gene has been introduced from another plant in a technique called gene-splicing to get the plant to express desirable traits, such as herbicide tolerance or insect resistance. Traditionally, getting plants to express desirable traits was done through plant breeding, but that can be time-consuming and produce results that aren’t always accurate.

Read more about the debate over California's Proposition 37

The Food and Drug Administration (FDA) approved the first GMO crops in 1994, and as of 2011, about 88 percent of all corn and 94 percent of all soybeans produced in the country were grown from genetically engineered seeds, according to the U.S. Department of Agriculture. Other common genetically engineered crops include alfalfa, canola, cotton, papaya, zucchini and sugar beets, which are used to make sugar.

California’s Proposition 37 would require the labeling of raw or processed foods produced with the help of genetic engineering, and it would prohibit those foods from being marketed as “natural,” with some exemptions, including restaurant food, pet food, alcohol and meat from animals that ate GMO plants.

Supporters of Proposition 37 pose it as a consumer “right to know” issue, while opponents say the labeling would be alarmist because there’s no conclusive evidence of health risks associated with GMO foods.

In a heated campaign funded by millions of dollars from agribusiness, grocery retailers and environmental groups — more than $46 million on the No side and nearly $9 million on the Yes side — there’s only one thing both sides can agree on: The science on GMO health effects is inconclusive. 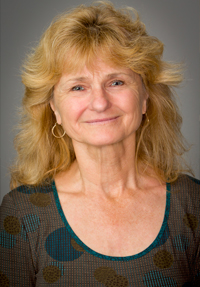 “It’s really a value-laden decision. How do you act in the face of scientific uncertainty?” said Patrice Sutton, MPH, a researcher with UCSF’s Program on Reproductive Health and the Environment (PRHE), which works through research, clinical care and public policy to prevent exposures of harmful chemicals in the environment. “From a public health perspective, there’s a general principle that you would have people be able to decide for themselves.”

Robert Gould, MD, an associate adjunct professor in the UCSF Department of Obstetrics, Gynecology and Reproductive Sciences and PRHE’s director of health professional outreach, was a delegate to the California Medical Association’s (CMA) annual meeting last month, at which they renewed a 2002 policy supporting the labeling of GMO foods. The American Public Health Association, the nation’s largest organization of public health professionals, also endorses GMO labeling.

“As much as patients have a right to know what is in their food, physicians also need to know what their patients are eating,” said Gould, also president of the San Francisco Bay Area chapter of Physicians for Social Responsibility, which has endorsed GMO labeling. “So if you’re following your patient and something comes up and there’s a question about food allergenicity or side effects from substances — absent labeling, it is very difficult to track potential health impacts.” 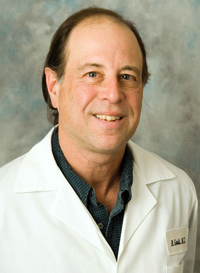 CMA’s 10-year-old policy differs from that of the American Medical Association, which does not support labeling but has called for mandatory pre-market safety testing for all GMO foods. Currently all pre-market testing is voluntary.

The European Union has taken the lead in researching the biosafety of GMOs, and so far, studies have shown no confirmed risk to humans who eat GMOs. However, more than 40 countries already label GMO foods, including those in the European Union, as well as India and China.

The American Association for the Advancement of Science (AAAS), the nation’s largest general scientific society, pointed to the EU studies when its board issued a statement last month opposing GMO labeling measures. The statement pointed to “misconceptions” that such foods are somehow unnatural and untested, and argued that the biotechnology used for GMOs has been beneficial to humans “much as immunizations protect people from disease.”

The AAAS noted that biotechnology has allowed growers to produce food that’s even more nutritious, such as lycopene-rich Rio Star grapefruit. Another crop, called Golden Rice, was genetically engineered to have beta-carotene, which the body converts into vitamin A, and is aimed toward populations in Asia to combat vitamin deficiencies.

“The FDA does not require labeling of a food based on the specific genetic modification procedure used in the development of its input crops. Legally mandating such a label can only serve to mislead and falsely alarm consumers,” the AAAS statement said.

A controversial French study recently reported that rats that ate genetically modified corn sprayed with the weed killer Roundup were more likely to develop tumors, organ damage and die early. The study, however, has been heavily criticized by many scientists for its use of rats that are known for their propensity to develop tumors, and for producing inconsistent findings showing that some rat groups that ate more GMO corn didn’t get as sick as those who ate less.

Kathy Fairbanks, spokeswoman for the No on 37 Coalition, noted in a statement that “after just a cursory review, unbiased scientists have called into question the study’s controls, its data and its findings. Additional problems will likely be found as they have time to comb through it more carefully.”

A number of scientists have endorsed the No on 37 campaign, including UCSF Chancellor Emeritus J. Michael Bishop, who won the 1989 Nobel Prize in Physiology or Medicine for his research on the role of genes in cancer.

Sutton and Gould agree that there hasn’t been any indication that GMOs are harmful, but they say longer-term studies are needed to examine possible chronic effects.

“Many people could rightly look at the existing science and see that it’s extremely weak,” Sutton said. “However, weak science does not prove safety; it just demonstrates that the public health impacts of GMOs are uncertain. It’s an overall public health principle that in the face of scientific uncertainty to expose everybody to something is a legitimate concern that should give us pause.”

Despite the risk of unnecessarily alarming the public about GMOs, Sutton and Gould believe there’s more value in patients being fully engaged in their own health.

“There’s empirical evidence that demonstrates that you can responsibly give people information about health risks. There’s also an ethical obligation as health providers to give people full information,” Sutton said.

Increase of Pesticide Use

Sutton and Gould also raised the issue of pesticide use, which has increased with the proliferation of GMO crops. For instance, Monsanto created Roundup Ready seeds to produce plants that can thrive even when the powerful Roundup weed killer is applied to the fields. Environmentalists and farmers have sounded alarms about the sprouting of so-called “superweeds” that have developed resistance to Roundup and its active ingredient glyphosate.

PRHE has extensively reviewed the reproductive health impacts of pesticide exposure on pregnant women and children, finding that exposure to certain pesticides has been linked in human studies to childhood leukemia, neurological and other adverse developmental effects.

Sutton says the use of pesticides with GMO crops is a slippery slope. “You’re always chasing the next chemical because organisms develop resistance,” she said. “Really from a public health perspective, the direction is to have less toxic pesticides in the food supply.”