The unexpected survival of embryonic neurons transplanted into the brains of newborn mice in a series of experiments at the University of California, San Francisco (UCSF) raises hope for the possibility of using neuronal transplantation to treat diseases like Alzheimer’s, epilepsy, Huntington’s, Parkinson’s and schizophrenia. 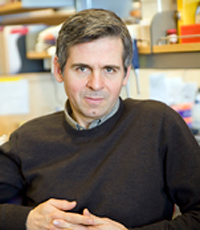 The experiments, described this week in the journal Nature, were not designed to test whether embryonic neuron transplants could effectively treat any specific disease. But they provide a proof-of-principle that GABA-secreting interneurons, a type of brain cell linked to many different neurological disorders, can be added in significant numbers into the brain and can survive without affecting the population of endogenous interneurons.

The survival of these cells after transplantation in numbers far greater than expected came as a shock to the team, which was led by UCSF professor Arturo Alvarez-Buylla, PhD, and former UCSF graduate student Derek Southwell, MD, PhD.

The prevailing theory held that the survival of developing neurons is something like a game of musical chairs. The brain has limited capacity for these cells, forcing them to compete with each other for the few available slots. Only those that find a place to “sit” (and receive survival signals derived from other cell types) will survive when the music stops. The rest die a withering death.

“[This constant rate of survival] suggests that these cells, which other collaborative studies have shown have great therapeutic promise, can be added to cortex in significant numbers,” said Alvarez-Buylla, who is the Heather and Melanie Muss Professor of Neurological Surgery and a member of the Eli and Edythe Broad Center of Regeneration Medicine and Stem Cell Research at UCSF. 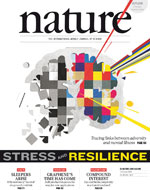 Past work at UCSF and elsewhere has shown that transplanting these cells can create a new critical period of plasticity in the recipient brain, reduce seizures in animal models of epilepsy, and reduce Parkinson’s-like movement disorders in laboratory rats. The activity of these cells is often disrupted in Alzheimer’s disease, and their number is altered in the brains of people with schizophrenia. When transplanted into the spinal cord, they also help decrease pain sensation.

In the current study, the UCSF team found that as they altered the number of cells they transplanted, a constant proportion of these cells survived – rather than a constant number – suggesting that a fraction of the cells is destined to die by cell-autonomous mechanisms or that a survival factor is secreted by the inhibitory neurons themselves. The work shows that these interneurons may be transplanted in far greater numbers than previously thought – an observation that could have important implications for the use of these cells to correct defects in the excitatory/inhibitory valance in the disease brain.

GABAergic interneurons are essential for brain function because they balance the action of “excitatory” neurons in the cerebral cortex by producing inhibitory signals. Diseases like epilepsy, Alzheimer’s, Huntington’s, Parkinson’s and schizophrenia are all variously linked to disruptions in this excitatory/inhibitory balance, and problems with the GABAergic interneurons have been documented in all these diseases.

These GABAergic interneurons are not born in the cerebral cortex – the part of the brain where they will ultimately become incorporated into functional circuits. Instead, they are created in a distant part of the developing brain and then migrate to their final destination. For decades, scientists have not known how the appropriate number of these interneurons is determined, how many are formed, when they die and how many survive after reaching the cerebral cortex. The recent publication addresses some of these unknowns, but also revealed an unexpected observation.

It is generally believed that neuronal numbers are determined by availability of survival signals provided by other target cells. This idea, generally known as the “neurotrophic hypothesis,” is based on Nobel Prize-winning experiments in the 1940s showing how the survival of developing neurons in the spinal cord and peripheral nervous system is determined. That work showed that only the nerve fibers that could correctly connect to targets outside the nervous system would survive and that these targets produced a protein called nerve growth factor responsible for keeping the nerves alive.

The assumption was that once the GABAergic interneurons winded their way to the right part of the brain, only those that melded with the other neurons already there would be protected by a protein or some other factor to stay alive. Instead, the survival of the transplanted interneurons was determined in a manner that was independent from competition for survival signals produced by other types of cells in the recipients.

While the new experiments do not overthrow this theory as it applies to how nerves outside the brain connect to their targets, they suggest there may be something else going on with GABAergic interneurons.