Secondhand smoke is accountable for 42,000 deaths annually to nonsmokers in the United States, including nearly 900 infants, according to a new UCSF study.

Altogether, annual deaths from secondhand smoke represent nearly 600,000 years of potential life lost — an average of 14.2 years per person — and $6.6 billion in lost productivity, amounting to $158,000 per death, report the researchers.

The study, which involved the first use of a biomarker to gauge the physical and economic impacts of cigarette smoke, revealed that secondhand smoke exposure disproportionately affects African Americans, especially infants. 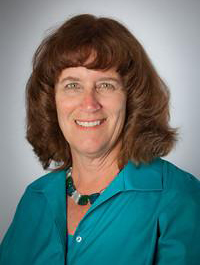 UCSF is home to national leaders in tobacco control and a digital library of one the largest collections of tobacco documents related to the practices of the tobacco industry. Its Center for Tobacco Control Research and Education serves as a focal point for a broad range of research, education, and public service activities for 46 faculty in 11 departments and all four professional schools at UCSF, as well as colleagues at UC Berkeley and UC Merced.

This new research reveals that despite public health efforts to reduce tobacco use, secondhand smoke continues to take a grievous toll on nonsmokers.

The study is published Sept. 20, 2012 in the American Journal of Public Health.

“In general, fewer people are smoking and many have made lifestyle changes, but our research shows that the impacts of secondhand smoke are nonetheless very large,’’ said lead author Wendy Max, PhD, professor of health economics at the UCSF School of Nursing and co-director of the UCSF Institute for Health & Aging. “The availability of information on biomarker-measured exposure allows us to more accurately assess the impact of secondhand smoke exposure on health and productivity. The impact is particularly great for communities of color.’’

Exposure to secondhand smoke is linked to a number of fatal illnesses including heart and lung disease, as well as conditions affecting newborns such as low birth weight and respiratory distress syndrome.

Secondhand smoke is a mixture of gases and fine particles that includes:

About a decade ago, the U.S. Centers for Disease Control and Prevention (CDC) — using data from the California Environmental Protection Agency — reported that 49,400 adults died annually as a result of secondhand smoke exposure. Additionally, the CDC reported that 776 infants annually died as a result of maternal exposure in utero.

Those widely-cited statistics relied on self-reporting to gauge the impact of secondhand smoke.

The researchers used serum cotinine — a biomarker which detects the chemical consequences of exposure to tobacco smoke in the bloodstream — to measure exposure to secondhand smoke. That measurement reflects secondhand exposure in all settings, not just home or work, the authors wrote.

The scientists gauged the economic implications — years of potential lifelost and the value of lost productivity — on different racial and ethnic groups.

“Our study probably under-estimates the true economic impact of secondhand smoke on mortality,’’ said Max. “The toll is substantial, with communities of color having the greatest losses. Interventions need to be designed to reduce the health and economic burden of smoking on smokers and nonsmokers alike, and on particularly vulnerable groups.’’

Data was derived from multiple sources including the National Health and Nutrition Examination Survey from 2003-2006, which contained data on nearly 13,000 adults; the 2006 National Health Interview Survey (23,322 adults); and the 2006 Multiple Cause of Death data file (2.4 million deaths).

The research was supported by the Flight Attendants Medical Research Institute, and the California Tobacco Related Disease Research Program.

UCSF is a leading university dedicated to promoting health worldwide through advancedbiomedical research, graduate-level education in the life sciences and health professions, and excellence in patient care.