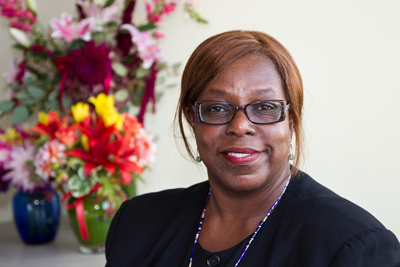 The process of achieving Magnet status was a joint effort between the hospitals and UCSF School of Nursing, which worked to compile a 3,000-page submission package and showcase UCSF’s 2,500-member nursing staff during a site visit in July.

“The Magnet designation not only recognizes UCSF nurses, but all of our staff and providers, for tremendous teamwork and interdisciplinary care,” said Sheila Antrum, RN, MSHA, chief nursing officer of UCSF Medical Center, in a staff memo announcing the achievement Wednesday.

“It was the culmination of months of hard work to outperform quality and patient satisfaction benchmarks, establish new standards of nursing care and complete research projects that define our core mission,” Antrum said.

A Record of Nursing Excellence

UCSF Medical Center and UCSF Benioff Children’s Hospital are ranked among the top hospitals in the nation, according to U.S. News & World Report.

The UCSF School of Nursing consistently ranks among the top in the country, placing fourth overall in the 2011 survey by U.S. News & World Report. The program ranked first in nursing specialties of family nurse practitioner, psychiatric/mental health clinical nursing, and adult/medicalsurgical nursing.

Achieving Magnet hospital status is an important milestone for UCSF, said Antrum, as it indicates a strong collaboration between the medical center and nursing school, which has for years fostered a work environment in which nursing education and expert clinical practice are encouraged and valued.

David Vlahov, PhD, RN, dean of the UCSF School of Nursing, congratulated the nurses at UCSF Medical Center. "We salute Sheila Antrum, chief nursing officer, who led this effort and this accomplishment. It is a testament to her and her leadership group's dedication to excellence. As dean, I'm proud of the faculty and alumni who worked hard to add to the already excellent work that led to this well deserved and prestigious recognition. The School of Nursing's relationship with the medical center was strengthened and we look forward to continuing to expand this excellence." 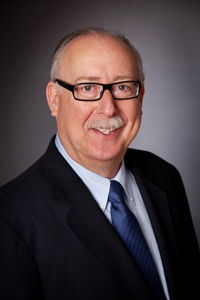 In announcing the achievement this week, ANCC officials noted that UCSF met the 88 standards for excellence with no deficiencies, an unusual feat for an initial submission.

Less than 7 percent of the nation’s 5,700 hospitals registered with the American Hospital Association had Magnet status as of 2011, according to the ANCC. Hospitals must reapply for the designation every four years.

ANCC launched the program in 1994 to recognize health care organizations for high-quality patient care, professional excellence and innovations in nursing practice, and the Magnet designation has been a standard for nurse recruitment efforts and patients seeking the best care.

Work to apply for the Magnet designation began in 2007, when Antrum first arrived at the medical center amid turmoil from low morale and several incidents of medication errors. Antrum says she began working on changes that included standardizing best practices, organizing staff councils focused on professional development, better documentation of patient outcomes and working with the School of Nursing to conduct more clinical research.

“There was a real lack of nursing research at the bedside. Over the last three years, we have put together a pretty robust, evidence-based program in providing nursing research,” she said, noting that work led by Daphne Stannard, PhD, received some of the highest scores by the ANCC appraisers.

Many of the changes were made possible by the Moore Foundation, which has provided $700,000 in funding over the past few years toward improving patient care and helping UCSF obtain Magnet status, Antrum said. 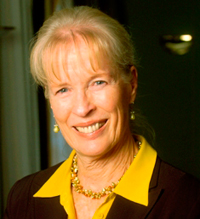 Kathy Dracup, RN, PhD, dean emeritus of the School of Nursing, described the submission process highlighting the nursing staff’s work as “a labor of love for everyone who has gone on this ‘journey’ together.”

“Truly, it denotes a unique health care center that recruits and retains nurses because of nursing's commitment to patient care, research and education,” said Dracup, a professor of physiological nursing who on Wednesday became the first nurse to receive the Heart Failure Society of America’s Lifetime Achievement Award for heart care.

The process to achieve Magnet status at UCSF also touched members of the nursing staff, who saw their work praised by physicians and other colleagues and the enormous impact they have on patient care.

“Every single physician had a personal and positive story to share about the difference we make as nurses. They view UCSF nurses as intelligent, inquisitive and a major part of the multidisciplinary team. They respect our hard work and value our opinions,” said Michele Nomura, RN, CNRN, who helped escort the Magnet appraisers through the medical center during the July site visit.

“I have always been happy to work at UCSF, but this experience makes me even more proud to be a UCSF nurse,” she said.