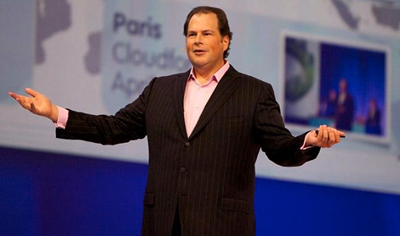 UCSF neurosurgeon Mitchel Berger has operated on close to 4,000 brains in 28 years. He compares it to walking through a minefield.

“There are so many things that can get tripped off. The brain doesn’t have signposts,” said Berger, MD, FACS, FAANS, professor and chair of the UCSF Department of Neurological Surgery and director of the UCSF Brain Tumor Center.

To improve neural navigation, he pioneered two brain-mapping techniques that have transformed approaches to tumor surgery. That’s why Berger will be among the UCSF physicians and scientists appearing Thursday, Sept. 20 at Dreamforce 2012 at San Francisco’s Moscone Center, leading separate sessions that address one theme: “Innovating to Improve Health Outcomes.”

The four-day Dreamforce event will be staged for the tenth year in a row by salesforce.com founder Marc Benioff. He and his wife, Lynne, donated $100 million to help build a new children’s hospital at UCSF Mission Bay, which will open February 1, 2015.

Berger, current president of the American Association of Neurological Surgeons, will discuss his breakthroughs in brain mapping, which help avoid damage to motor, language and sensory functions. First, he pioneered subcortical mapping, which allows surgeons to find neural pathways deep inside. “Early mapping just found the head of the jellyfish,” he said. “I found the tentacles.”

Then he came up with the concept of negative mapping. “Imagine there’s a tumor at the 50-yard line, and the tumor is as big as a football,” he said. “With the standard mapping we used, you had to start on the goal line and map the entire field looking for a positive site somewhere.” 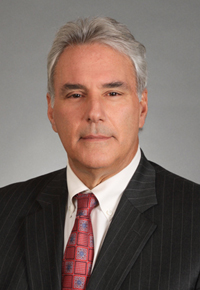 He is fond of football analogies, which is not surprising: Football was his first career choice and he still has “significant regrets” that a knee injury while he was at Harvard got in the way, dooming his tryout with the Chicago Bears.

“There are a lot of things you can learn from sports — like perseverance and teamwork,” said Berger, sitting in his Parnassus Heights office at 7 a.m. He’d put in 14 hours the day before in “the abyss,” which is how he refers to the operating room.

Berger was surrounded by models of brains and football memorabilia, including footballs signed by superstar quarterbacks Brett Favre and Peyton Manning. He currently serves on the National Football League’s Head, Neck and Spine Committee.

“It was a way to give back,” Berger said. “Football made me a much better physician.”

The discipline it taught has shaped his approach to surgery.

“As a brain surgeon, I’ve got to bring my A-game every day,” said Berger, 59. “I don’t care what rain is falling around me, I’ve got to put blinders on and have a perfect day every time. It’s a very intense world and I have to give 110 percent.”

But he has ways to counter the pressures.

“I watch football,” Berger said. “I like to scream and yell at my TV. And one of my joys in life is to go to a meeting somewhere and then take a day to chill out. I always talk to people I don’t know. It helps me understand my patients and their families.”

Much like Berger, Thomas Ferrin, PhD, is able to find release valves after spending long days as director of the Resource for Biocomputing, Visualization and Informatics and as a professor — both in the Department of Pharmaceutical Chemistry, UCSF School of Pharmacy.

He just returned from his annual fly-fishing trip to Alaska, where he lands enough coho salmon to last all year. And he sometime escapes to the outdoors, especially the back country of the Sierra, miles away from cell phone coverage.

Most of the time, though, the former drag-racing mechanic is very plugged in. He develops software tools and web-based resources to visualize and analyze molecular structures — partly for drug development and design but also to grasp the molecular basis of biological functions in order to tackle disease. His lab’s interactive 3-D graphics are used by university researchers and pharmaceutical companies all over the world.

At Dreamforce, besides talking about his lab’s research, Ferrin will discuss how drugs come to market and how much money it takes. “It costs about $1.2 billion to develop one new approved drug,” he said. “And 10 to 15 years from the very early stages of pre-discovery. In the mid-1970s it was $140 million.”

Growing up in Minnesota, the home of Control Data Corp. and Cray Research, the 63-year-old Ferrin became enamored of computers early on. His personal website includes a link to some “Dilbert” comic strips, and he identifies with the cartoon character, whom he described as a fellow geek with an engineering mentality.

“I have old disk drives and processors shoved into cubbyholes,” Ferrin said. “And punch cards. I don’t know anyone who has punch cards anymore.”

Shuvo Roy, PhD, an associate professor in the Department of Bioengineering and Therapeutic Sciences, a joint department of the UCSF Schools of Medicine and Pharmacy, will be talking about a project he has been working on more than a decade: the quest to build the world’s first implantable artificial kidney for humans.

“I hope I can convey the magnitude of the problem,” said Roy, 41, who once planned to enter the aerospace industry. “We’re focusing on something that does not get enough attention: the plight of people with end-stage kidney failure.”

Those people number more than 571,000 in the United States, according to the National Kidney Foundation. More than 397,000 are dialysis patients and more than 172,000 have a functioning transplant.

“The challenge is that there are not enough organs available,” Roy said.

He heads an effort that involves about 40 people and 10 labs around the United States, working on a hybrid device the size of a coffee cup likely to be ready for clinical trials in five to seven years. Roy said it would go beyond dialysis, which eliminates wastes inefficiently and intermittently, to also provide the benefits of a native kidney — such as modulating blood pressure, producing hormones and helping maintain blood acidity.

The device, which would be surgically implanted, relies both on an engineered silicon membrane that serves as a filter for toxins and a bioreactor using living kidney cells that performs the biological functions that dialysis can’t manage. The infections that can occur with dialysis would be eliminated, as well as the need for anti-rejection drugs used by transplant recipients.

For Roy, the work is both daunting and inspiring. “We are working on something that will impact many people,” Roy said, “But I wish we could do this faster. I can’t tell you how inspiring it is to get a message from a patient saying this is something they are looking forward to.”

Another “Unusual Thinkers” session will focus on digital health care apps for mobile devices, designed to help patients take control of their health and manage ailments and diseases. Michael Blum, MD, chief medical information officer and professor of medicine at UCSF Medical Center, will introduce three experts who will each present a case study illustrating how UCSF is using these apps.