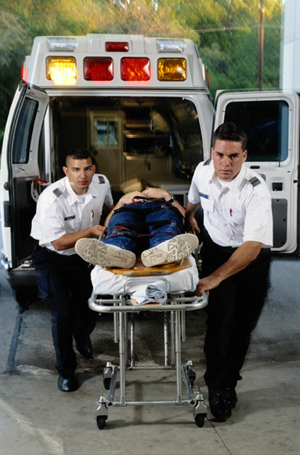 UCSF researchers found that poor HIV-infected individuals living in San Francisco are significantly more likely to visit emergency rooms and to have hospital stays if they lack access to food of sufficient quality and quantity for a healthy life.

“In the prior three months, a quarter of participants in the study reported an ER visit, and just over a tenth reported a hospitalization, which shows that we are dealing with a population with high levels of illness. But the food-insecure people were even sicker than the food secure, which is consistent with their experiencing higher rates of chronic diseases,” said the study’s primary investigator, Sheri Weiser, MD, assistant professor of medicine in the UCSF HIV/AIDS Division at San Francisco General Hospital and Trauma Center.

The findings were published online Wednesday in the Journal of General Internal Medicine.

The study recruited 347 HIV-infected urban poor participants living in substandard housing in San Francisco. To determine levels of food insecurity, the participants were questioned about their anxiety and uncertainty about their food supply, whether they were able to access sufficient quality and variety of food, and their experience of insufficient food intake and the physical consequences. Just over half of the group, 56 percent, was classified as food insecure. The entire cohort of food secure and food insecure individuals was followed for two years, looking at healthcare utilization as a primary outcome.

“Roughly three quarters of our participants are accessing some form of food aid. Project Open Hand, Glide, and other programs providing food assistance to San Francisco’s urban poor do a phenomenal job, but with falling levels of funding and increasing client loads, their efforts have not been enough to take people out of food insecurity,” said the study’s senior investigator, Margot B. Kushel, MD, associate professor in the UCSF Division of Internal Medicine at San Francisco General Hospital and Trauma Center.

“One part of the problem lies in housing,” she said. “While about a tenth of participants had a recent experience of homelessness, most of the rest were housed in single-room occupancy hotels, many of which do not include kitchen facilities. Providing secure housing with functional kitchens is an important part of addressing the problem.”

Surprisingly, said Weiser, less than a fifth of the participants had received federal food assistance through the Supplemental Nutrition Assistance Programs (SNAP) over the previous year and only about a tenth had received SNAP over the previous month. “We were alarmed to see such low numbers accessing SNAP, since presumably this program is intended to serve urban poor who experience food insecurity. But many of our food insecure participants have a monthly income that is slightly above the $1,080 a month SNAP cut-off.” In other words, SNAP does not seem to be reaching the majority of HIV-infected persons in need of food assistance.

“Given the costs to the system from increased ER and hospital use, one approach might be to increase uptake of SNAP. Part of the problem may be that individuals are not able to complete the enrollment procedures. It seems that eligibility levels might be set too high — the amount of money that might disqualify one from SNAP may not be enough to ensure adequate nutrition. After deducting rent for a SRO room, there is not much left to buy quality, nutritious food that requires little or no preparation,” said Kushel.

Co-authors include Abigail M. Hatcher, David Guzman and Elise D. Riley from UCSF, Edward A. Frongillo from the University of South Carolina and David R. Bangsberg from the Massachusetts General Hospital Center for Global Health.