Scientists at the UCSF-affiliated Gladstone Institutes have discovered that an FDA-approved anti-epileptic drug reverses memory loss and alleviates other Alzheimer’s-related impairments in an animal model of the disease. 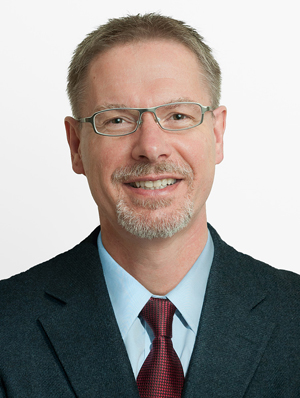 Scientists in the laboratory of Lennart Mucke, MD, who directs neurological research at Gladstone, conducted the research on mice genetically modified to simulate key aspects of Alzheimer’s disease. In the study, they show how levetiracetam — a drug commonly prescribed for patients who suffer from epilepsy — suppresses abnormal brain activity and restores memory function in these mice. They published their findings online Monday in the Proceedings of the National Academy of Sciences.

The news comes at a critical time of renewed focus on this most prevalent of neurodegenerative diseases — and amid a dearth of medications that prevent, halt or reverse the increasingly common condition. Alzheimer’s afflicts 5.4 million people in the United States alone — a figure expected to nearly triple by 2050.

“For the millions of people suffering from Alzheimer’s worldwide, we have no effective drug to prevent or reverse memory loss — the hallmark symptom of this ultimately fatal disease,” said Mucke, who is also a professor of neurology and neuroscience at the University of California, San Francisco (UCSF), with which Gladstone is affiliated. “This study builds on our earlier findings linking Alzheimer's and epilepsy. It provides new insights into the processes underlying memory loss in Alzheimer’s and demonstrates the ability of an anti-epileptic drug to block these processes.”

Healthy activity in neuronal networks is critical for essential brain functions such as memory. Alzheimer’s wreaks havoc on these brain networks, causing disruptions that occasionally escalate into epileptic seizures.

“But whether such neuronal-network disruptions also impair memory was unknown,” said Gladstone Postdoctoral Fellow Pascal Sanchez, PhD, who is the paper’s lead author. “So we screened seven FDA-approved anti-epileptic medications — including levetiracetam — in our Alzheimer’s mouse model to see if minimizing these network disruptions could improve memory.”

When the Gladstone scientists administered levetiracetam to the mice, they found that abnormal network activity in their brains dropped by 50% in less than a day. After two weeks of treatment, the neurons’ ability to communicate with each other improved. The mice also showed better learning and memory in a maze test. Finally, the researchers observed that several proteins that are important for healthy brain function returned to normal levels.

“We are now building on these findings and working to identify the precise mechanism by which this drug reduces brain-network dysfunction and improves memory in our mouse models,” said Sanchez.

The relevance of this discovery to people with Alzheimer’s disease is underscored by research that scientists at Johns Hopkins University published just a few months ago. Their study revealed beneficial effects of levetiracetam in a small group of patients with mild cognitive impairment — a condition that often precedes Alzheimer’s. Still, further research is required before the drug is prescribed for Alzheimer’s disease.

“Until larger human trials have been completed, we caution against any off-label use of levetiracetam,” Mucke said. “But the consistency between our findings and those just obtained by our colleagues at Johns Hopkins is truly remarkable and, in my opinion, merits additional clinical trials.”